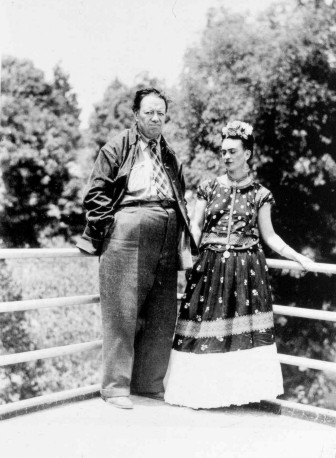 When we attended the Moderno show at the Blanton recently, I was reminded of Diego Rivera's and Frida Kahlo's house connected by a bridge. Having been obsessed with Frida years ago, I knew about the house, but hadn't realized how Modern it was, not to mention that they built it in 1931-32.

Designed and built by Juan O'Gorman, a native Mexican born of an Irish father, the house is functionalist a la Corbusier but with a definite Mexican flair with the colors and the cacti fencing. The house was also unique in that it reflected the stormy relationship between Diego and Frida in concrete. The house is actually two houses, one for Diego and one for Frida, connected by a third-storey bridge. Diego and Frida had an open relationship; however, it was open due to Diego's dalliances more than anything (and Diego has no shame, with Frida once crossing the bridge to his half of the estate to find him in bed with her sister). Frida's relationships seemed to be more of retribution than anything (not that Diego cared).

Frida and Diego were artists as was O'Gorman, and the crew, like many progressives in the thirties, were enamored with Socialism, a fascination fed by the aftermath of the Great Depression and the apparent failings of Capitalism. Given Modernism's early socialist tendencies, it's not surprising that Diego and Frida were receptive to a Modern home despite their fierce pride in local culture. Diego's house is much bigger than Frida's, in large part due to the greater financial success of Diego's work as compared to Frida's. While O'Gorman's early work is Modern and almost industrial, he later became more organic after he fell under the spell of Frank Lloyd Wright.

Visiting this house was on our bucket over a decade ago, so we're putting it back on. I had 30 minutes at their other house, the more traditional Casa Azul, on the way to airport one day ('This is a tragedy," my guide exclaimed at the short amount of time). Seeing photos of this stunningly beautiful house re-wets an appetite for a quick return to Mexico City. 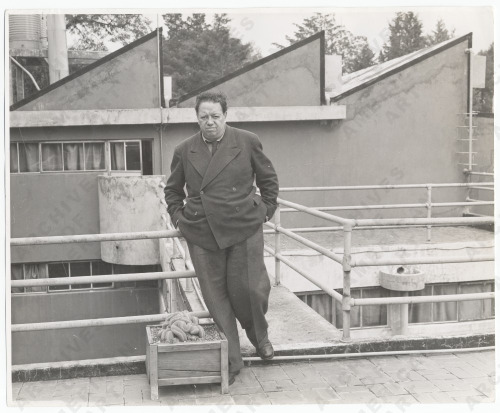 Diego on the bridge. 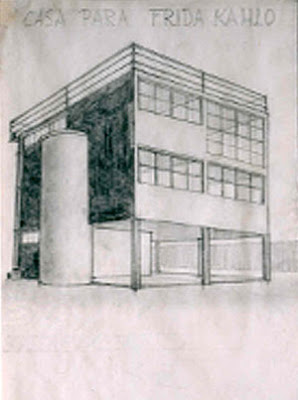 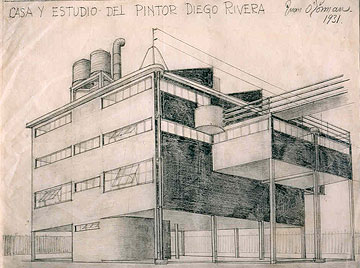 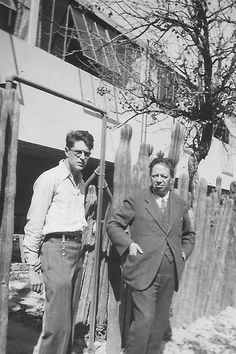 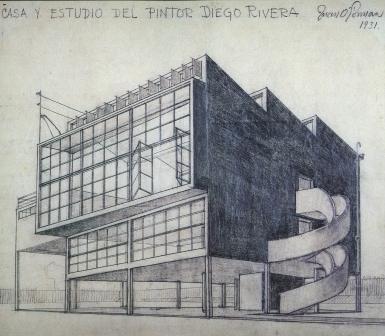 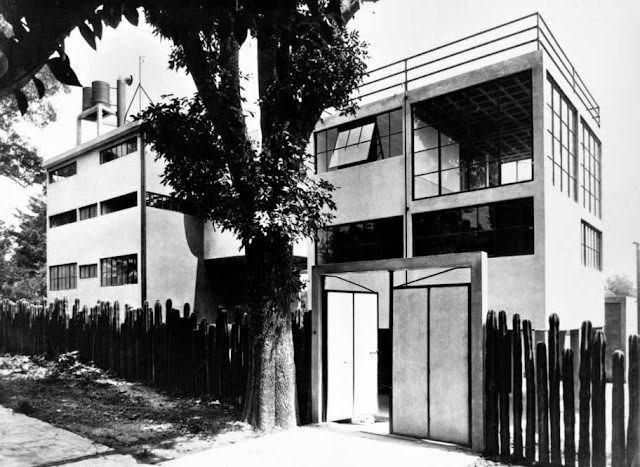 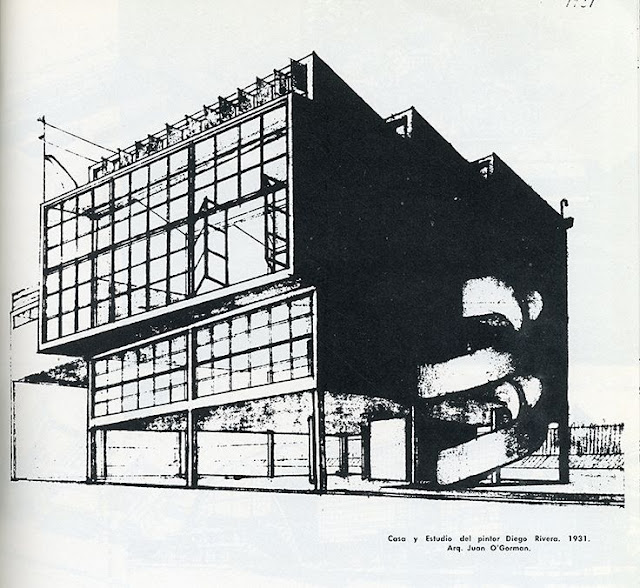 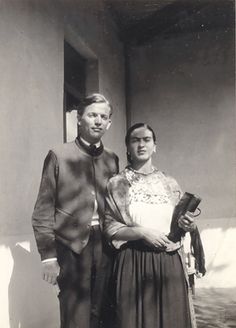 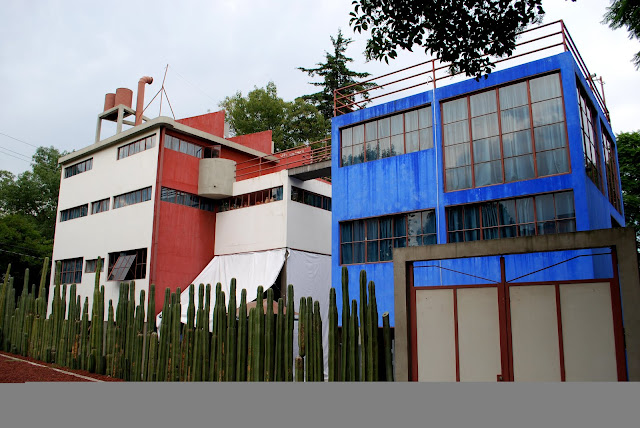 Photo from The Unspeakable Compromise of the Portable Work 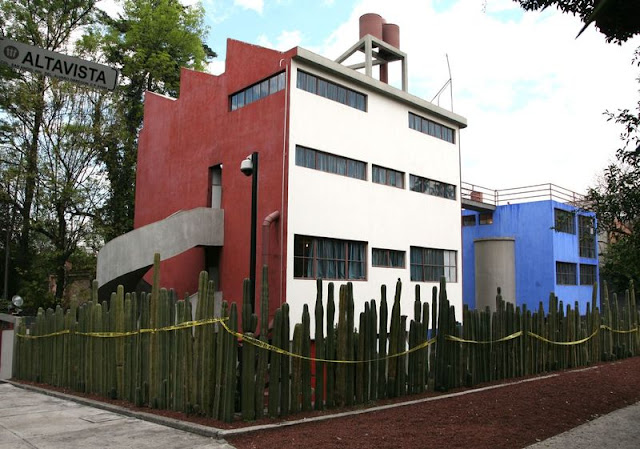 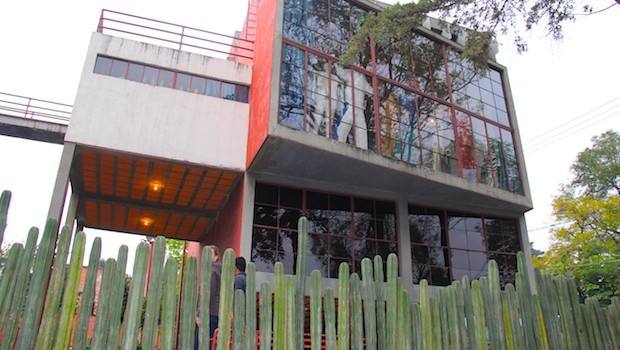 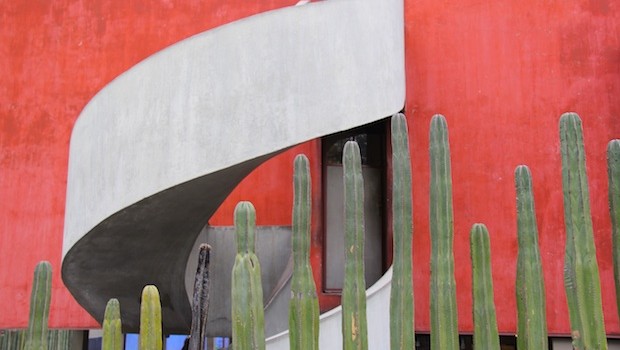 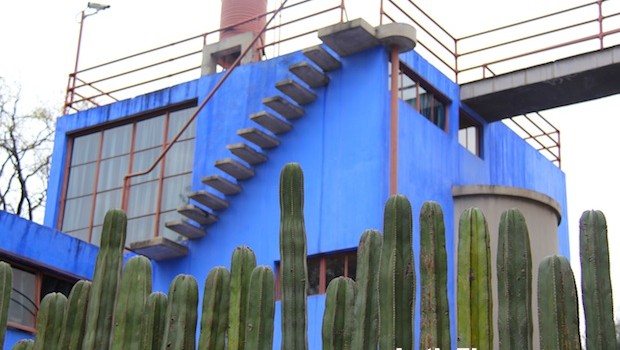 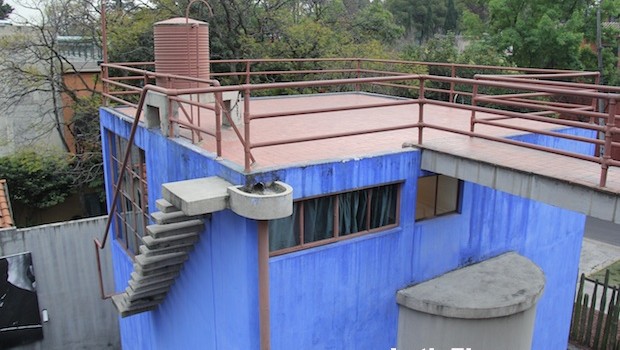 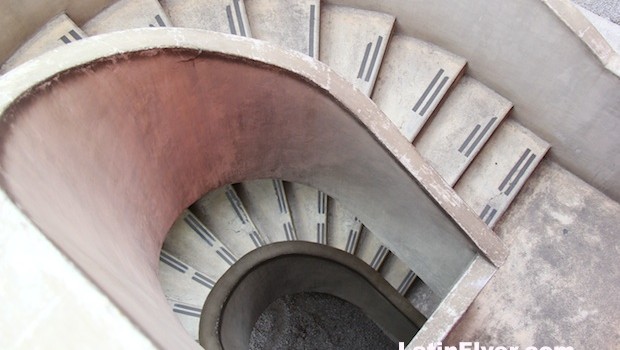 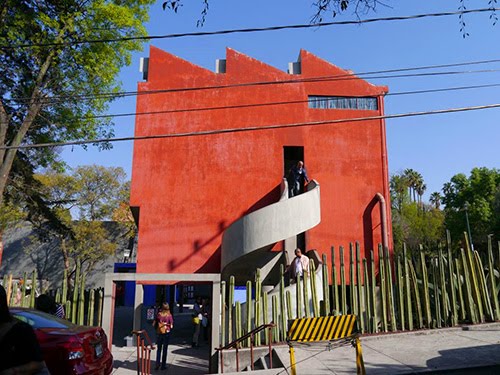 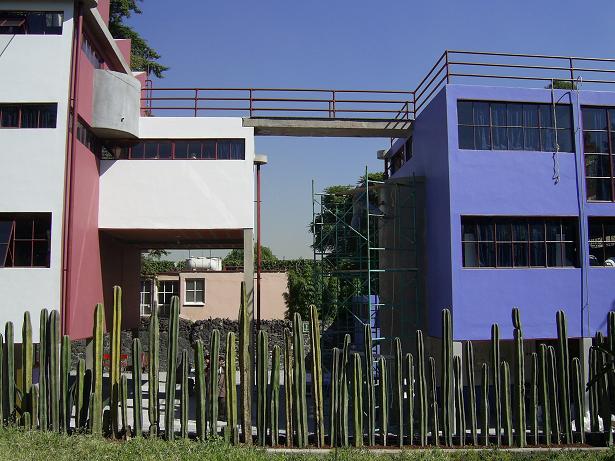 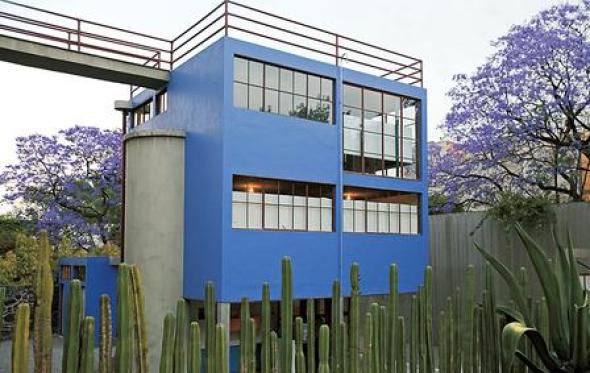