modern music for a modern house: the best upbeat tracks from 2015 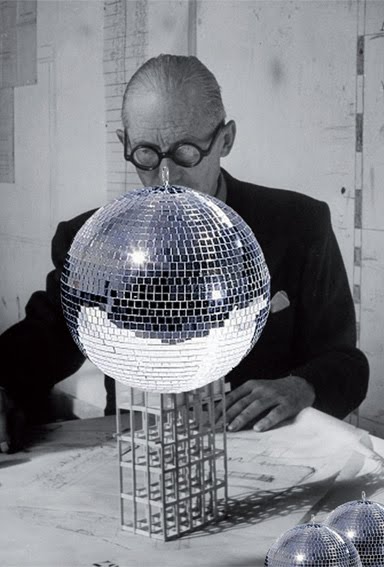 A Modern home deserves Modern music. If a house is a machine for living, then the machine house demands machine music. We call this house music.

"Ain't got nobody (Gluteus Maximus remix)" by Sísý Ey
Nobody does cold house music better than Icelanders remixing Icelanders. The remixers are former members of gusgus.

"Azrael" by HVOB
A good track that turns great at the four minute mark where the beats dissolve into atmospherics fringed with HVOB's trademark self conscious vocals. This track feels like secretly reading someone's diary...

"Before the sunrise (Dixon remix)" by Joy Wellboy
Clockwork drum work infused with the call and response of sweet and sourly distorted vocals. Deliciously depressing.

"Distance to the waves" by Pale Blue
I'm listing these things out alphabetically (a la the Pixies when they play live), and they run together wonderfully. There is a theme here: reserved female vocals over a relentlessly tasteful beat.

"The end of it all (2015 mix)" by John Tejada
Here's a slight change of pace: a remix of a classic electro house track by Mr. Tejada. The original track is truly phenomenal (and better methinks), but this reimagining is quite wonderful as well.

"Reciprocity (Marc Romboy treatment)" by Bajka
Lovelovelove the sweet and smokey molasses fueled vocals of Bajka, and Tomboy brings the machines to fight with the soul.

"Seesaw (feat. Romy)" by Jamie xx
Jamie xx of The xx (hence the xx) is the electronics maven of the band; therefore, he releases side albums focused on machines rather that the guitars of The xx. On this track, Romy, one of the lead singers of The xx, adds wonderfully moody vocals to the mix.

Last year Röyksopp released a phenomenal album, and this year it received the remix treatment from several producers, including this little bitty ditty from Maceo Plex.

"Take me there" by Nocturnal Sunshine

The darker little sister of Maya Jane Coles, Nocturnal Sunshine released a full album of tracks including this thumping and groaning winner. Can't help but crunk to this one.

Warpaint went slightly electronic with its last album which invited in the remixers including this masterfully reworked track by Night Plane.

Meticulously moody with raspy female vocals and the self loathing of an alarm clock.


"Window (Gui Boratto remix)" by HVOB
I try to avoid listing the same artist twice in these lists, but this was a hard one to pass over (and it's a remix, so maybe it doesn't count). HVOB became a passion this year, and Gui Boratto has been a longtime favorite, so the two of them together are fantastic. HVOB has a haunting hollowness to them that Boratto further empties.

Email ThisBlogThis!Share to TwitterShare to FacebookShare to Pinterest
Labels: music