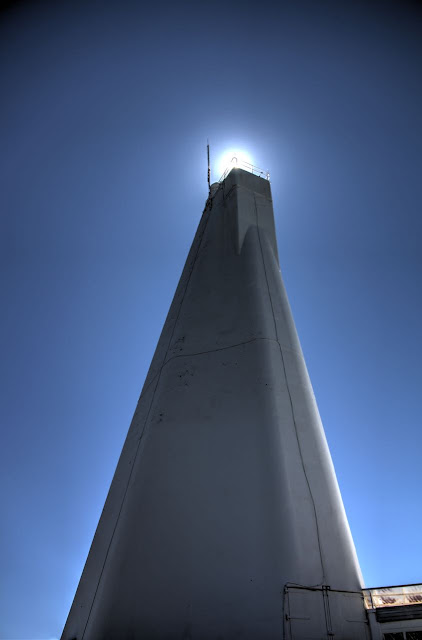 One of the side trips we took out of Cloudcroft, New Mexico, was to Sunspot, a small scientific community perched at the literal edge of the Sacramento Mountains overlooking the Tularosa Basin. The focus of Sunspot is, well, sunspots! It's a solar observatory station and is one of the places that provides early warnings of solar storms in addition to basic solar research. It's a rather gorgeous facility in a rather gorgeous setting with almost everything painted in International Style white. The facility above is as much below ground as above with its shape driven by function (nonetheless, I think Corbusier would love it). We showed up at just the right time for me to catch this shot of the sun peeking over the top. 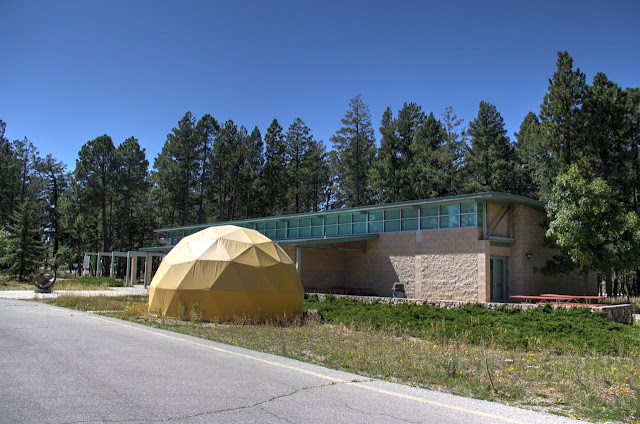 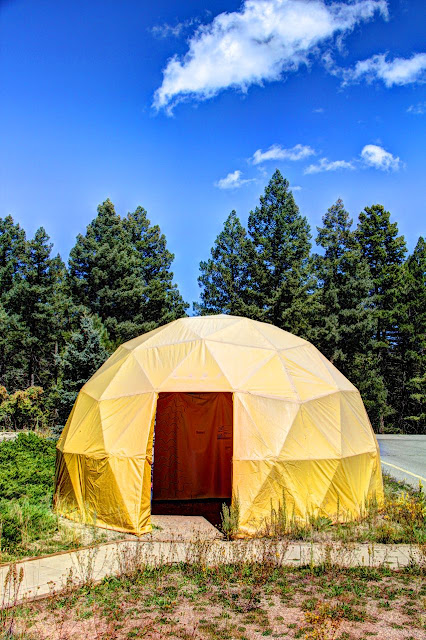 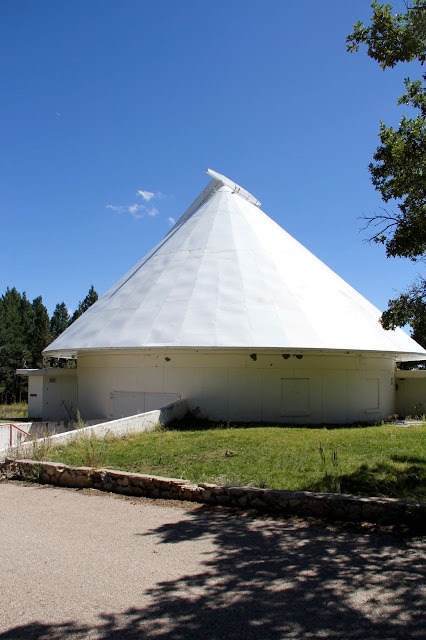 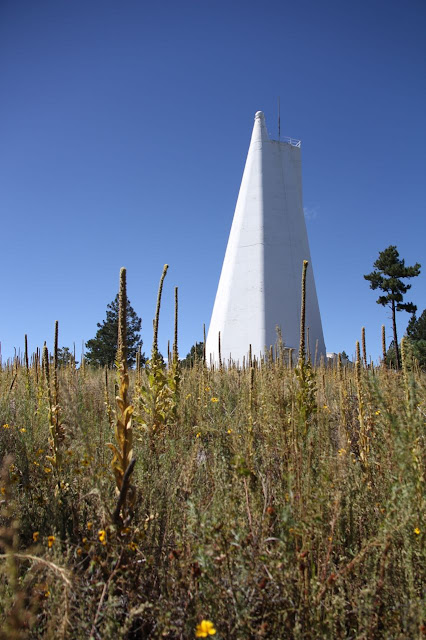 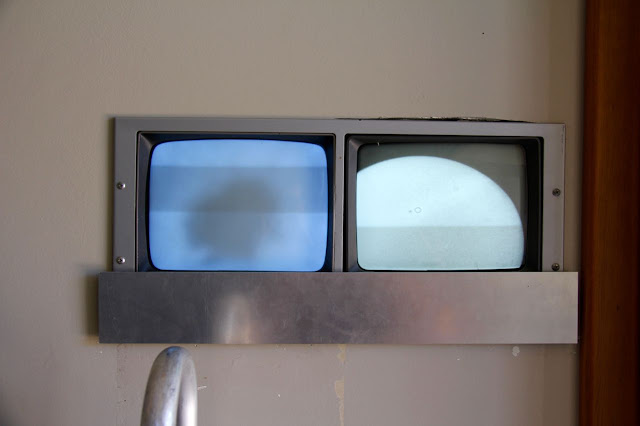 Yep: That's a sunspot in Sunspot! 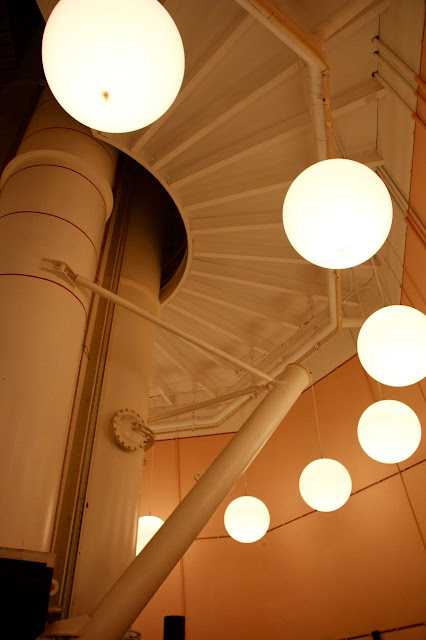 The inside of the tall tower. 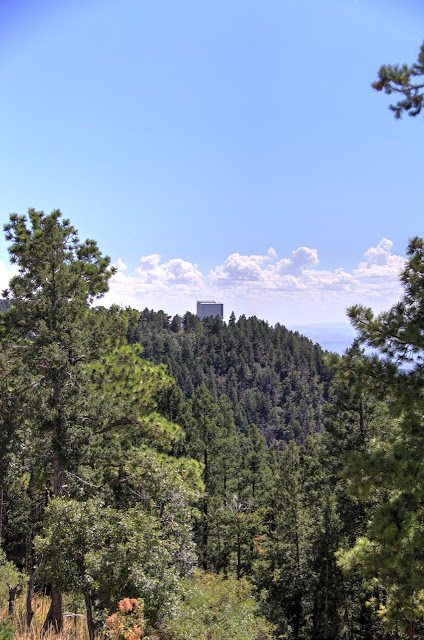 There's another observatory on the next hilltop; however, this one focuses on the night sky. 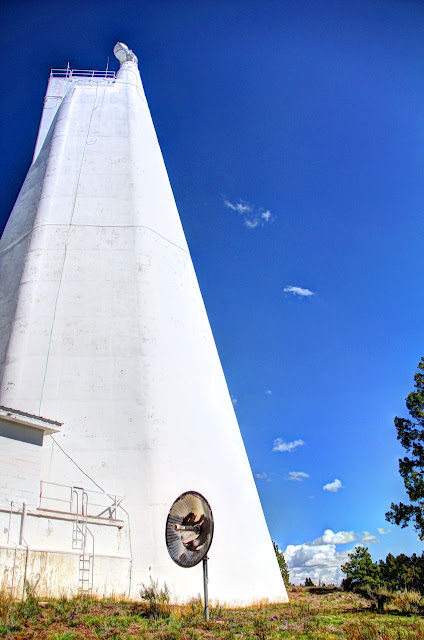 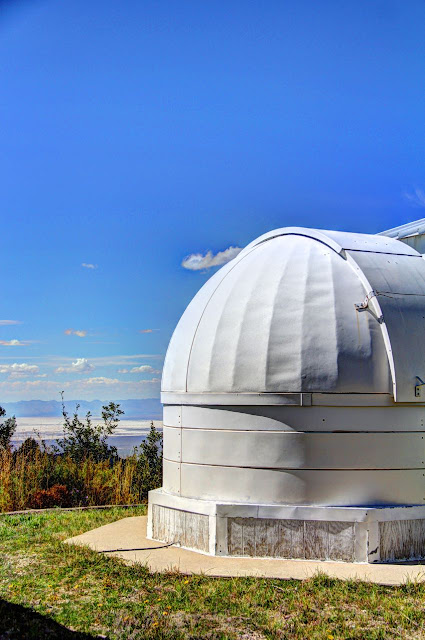 One of the older buildings. 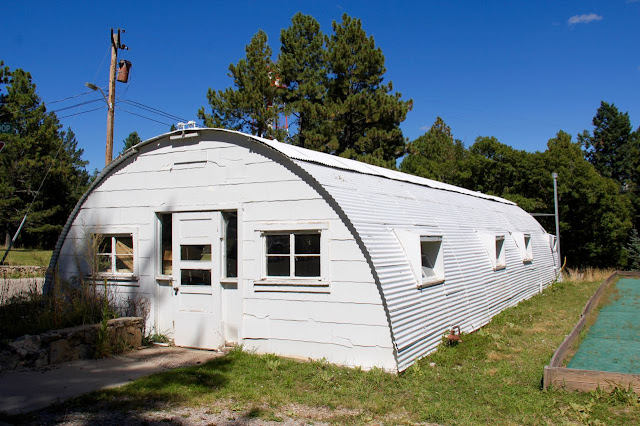 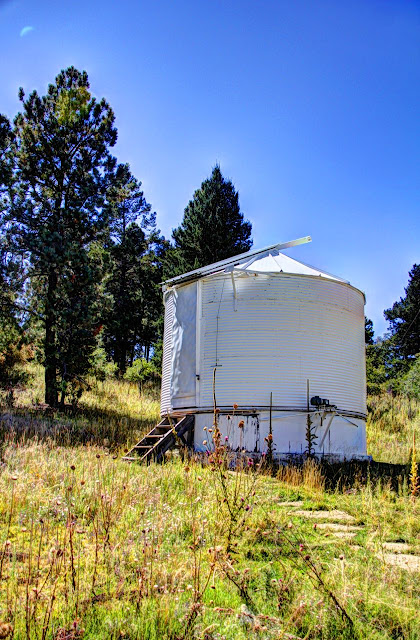 One of the original observatories (in a grain silo!) that now houses a night telescope (for the amusement of the scientists). 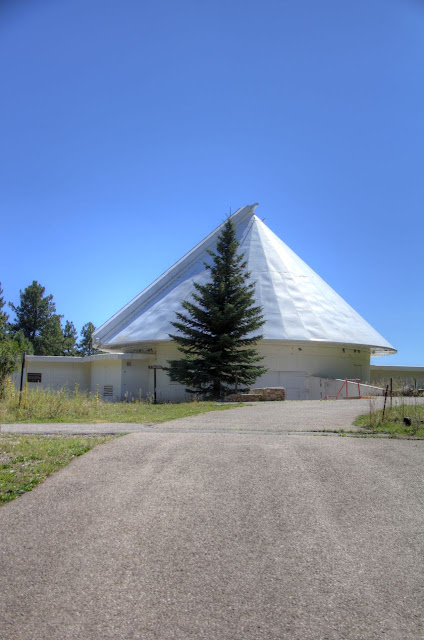 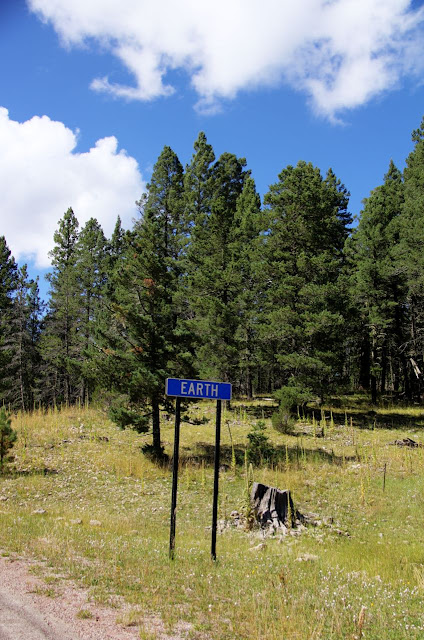 Driving out to the site from Cloudcroft are roadsigns for the planets to give you a sense of scale for the distances between them. 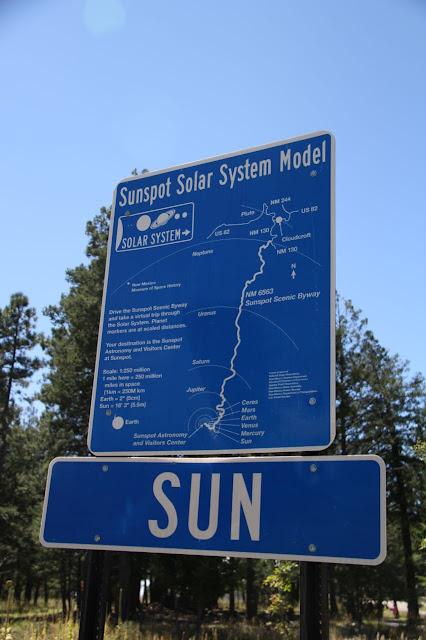 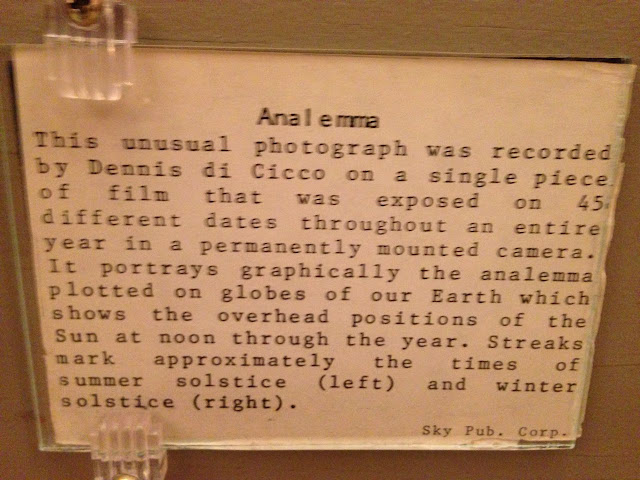 Kerning: It's important.
Posted by bubba of the bubbles at 10:19 AM