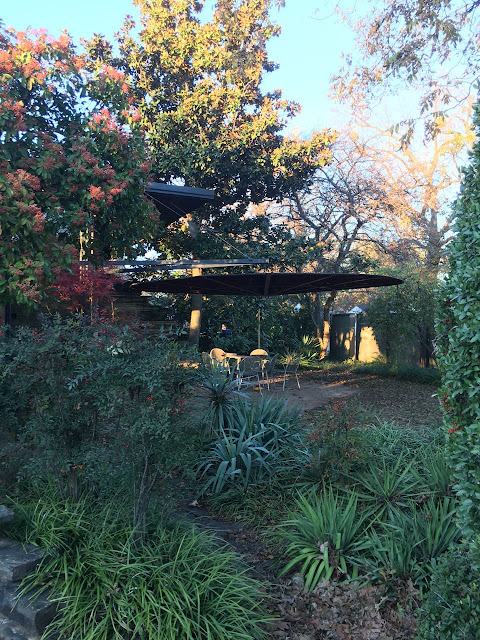 I found myself in Oklahoma for 24 hours this past week and was able to steal a few minutes to poke my head in on a couple of houses designed by Bruce Goff. The conditions weren't ideal: I didn't have my real camera with me and the sky was dusking, but I did what I could do.

I kinda like Goff. Born in Kansas with much of his work focused in Oklahoma, my best description of his designs would be Plains Googie. Frank Lloyd Wright pursued a unique American architecture inspired, at different times, by Midwestern prairies, the Mayans, and southwestern mountains. Goff, heavily inspired by Wright, chose American Indians as his touchsource. His soaring often cable-supported designs brought the Googie to the table, his personal style of neo-expressionism. Another calling card of his was the use of large chunks of glass.

The Ledbetter House, built in 1947, is quite nice with two large cable-suspended disks floating outside, one for the carport and another for a side patio. The house is very organic, resting easily among the bushes and trees.

I was also able to stop in at the Pollock House (1957) in northwestern Oklahoma City. When I pulled down the street, I thought to myself "Surely the address is wrong..." because the neighborhood is late-80s to early-90s suburbia, but there it was, all the more glorious given its surroundings, teepee-ish in its dusking glory. My photos are awful: incentive to come back again (and also see the Goff-designed church nearby).  The black-and white photos below are from the National Register of Historic Places documents. 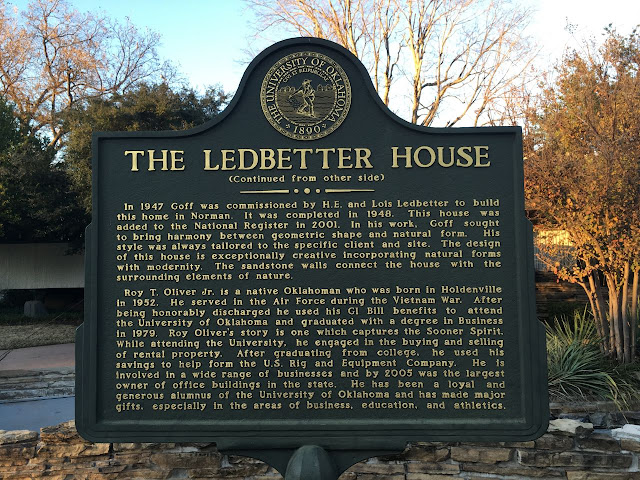 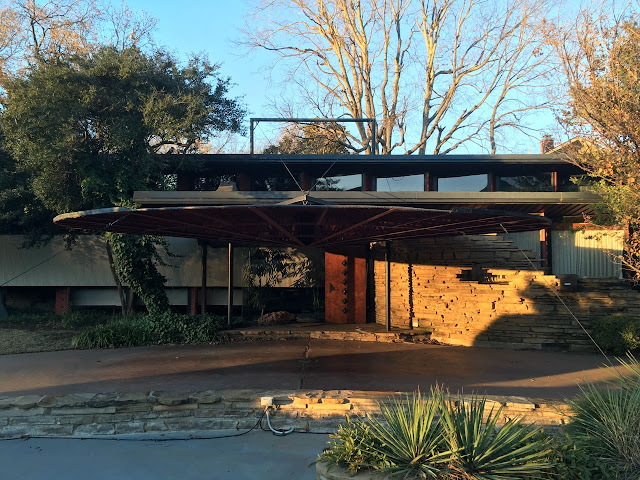 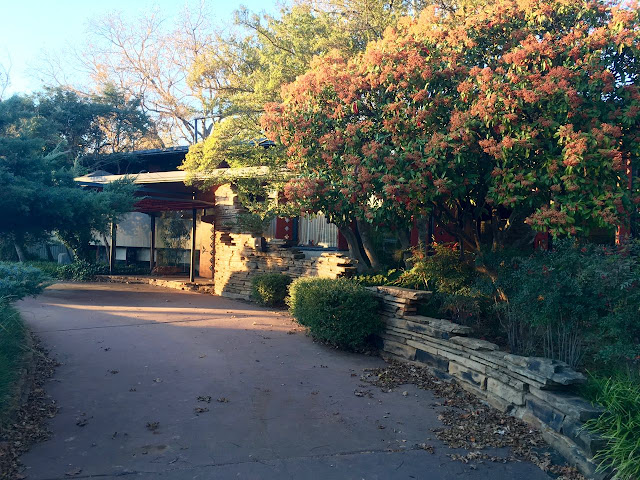 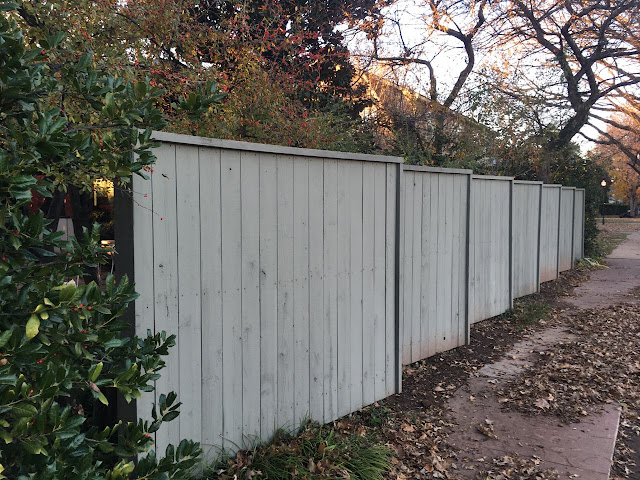 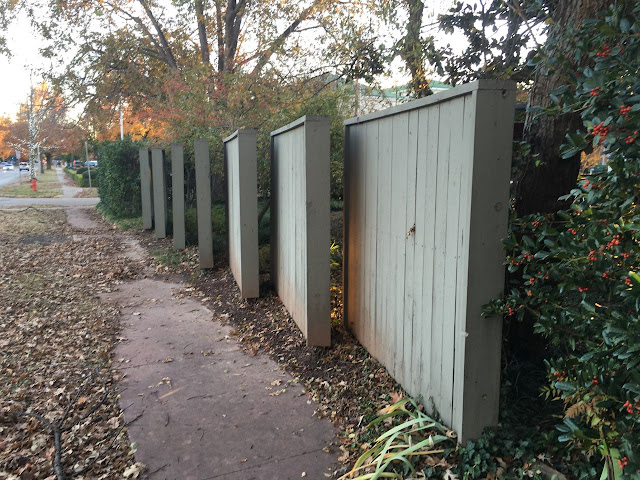 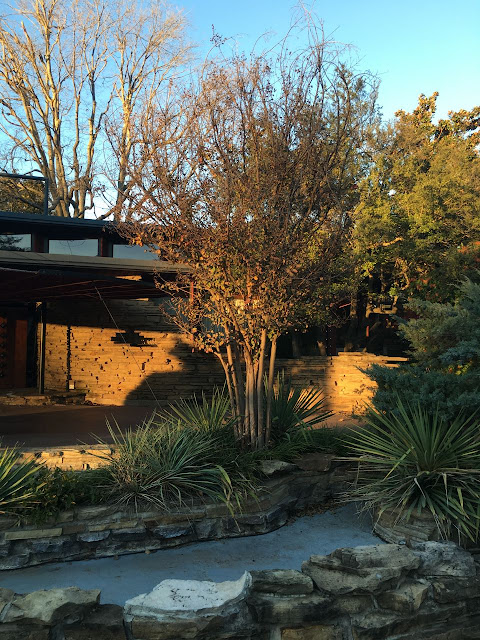 Photos of the Pollock House: 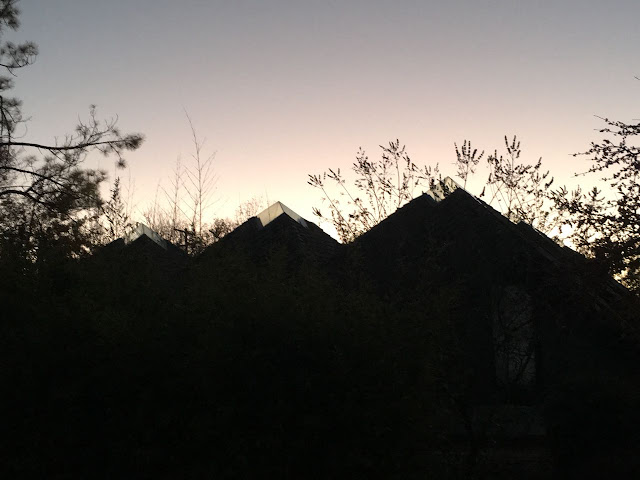 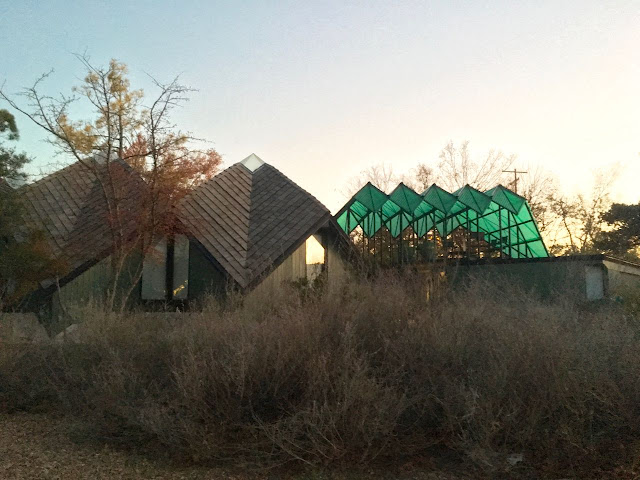 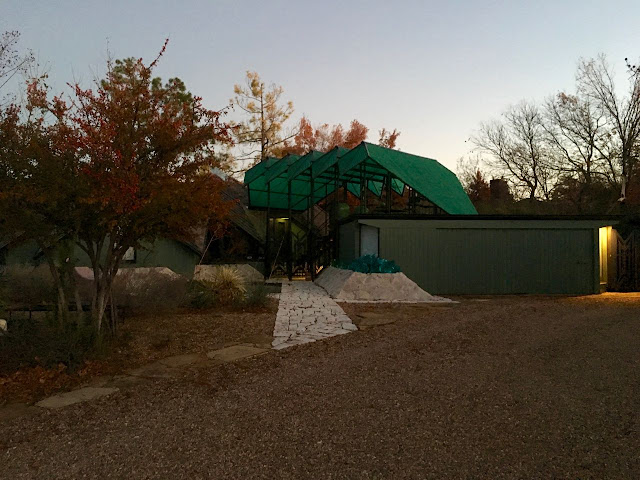 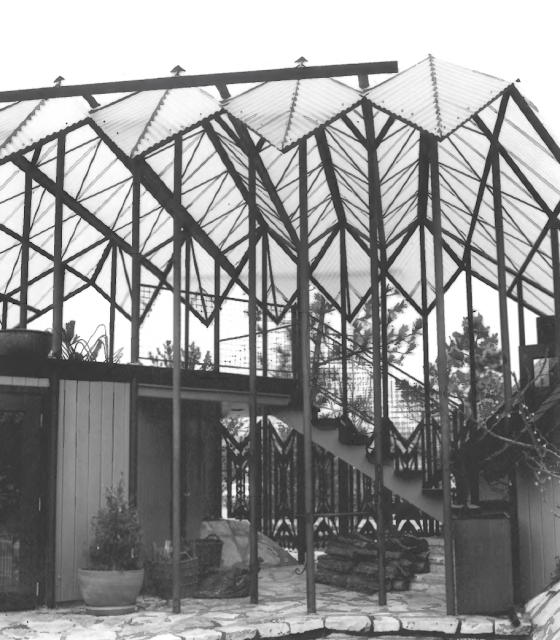 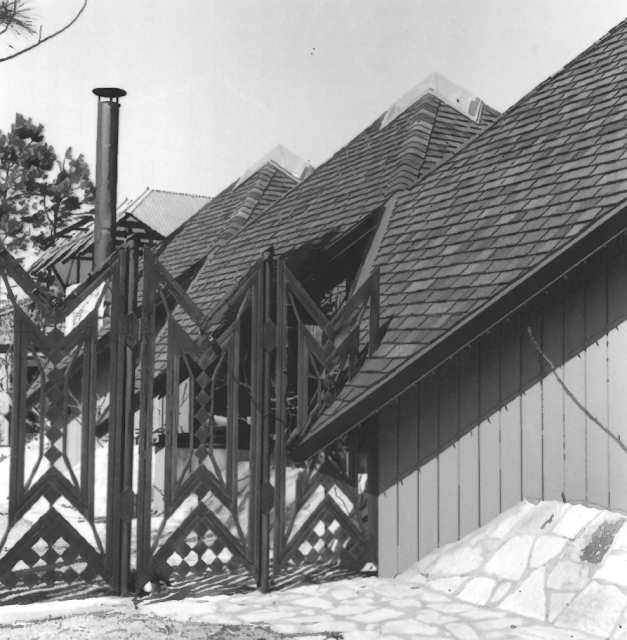 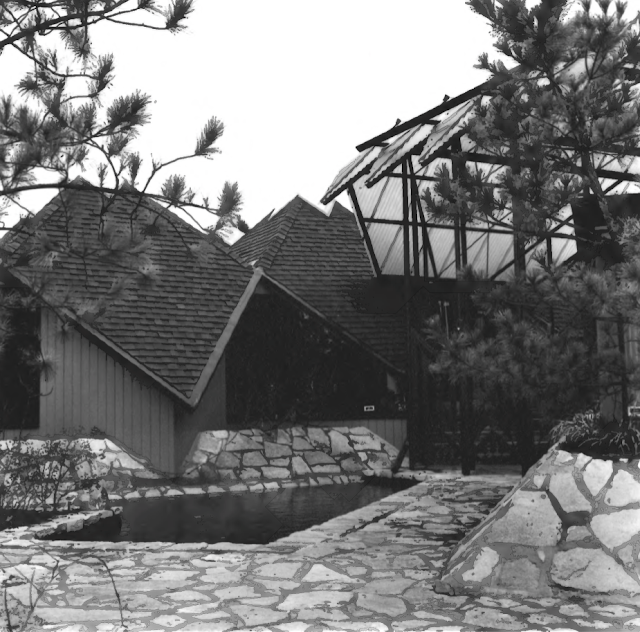