dancing with architecture: some Irving Gills in San Diego and La Jolla 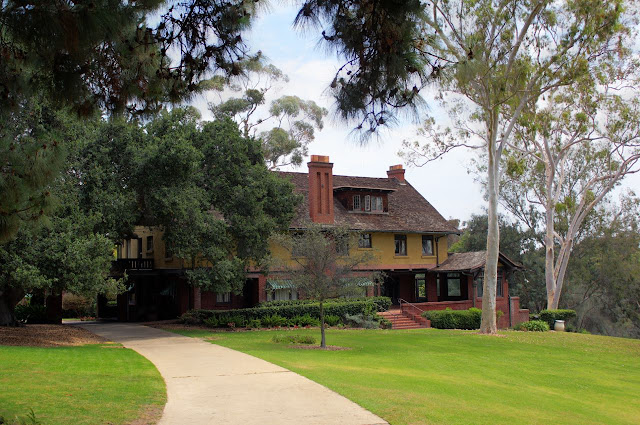 Whilst in San Diego, we were fortunate enough to hook up with Steve Wallet, a San Diego architect with a massive interest in Schindler and cats (we get along great!). In fact, he was kind enough to give us a copy of his first Small Moments book of cartoons!

After catching up on Schindler gossip and talking about landscaping and water, Steve gave us some tips on touring Irving Gills, specifically the Marston House, an early Gill; houses across the street from the Marston House, and a bed and breakfast in La Jolla (I mentioned wanting to get inside a Gill).

The Marston House (3525 Seventh Avenue, San Diego) is a fine example of Arts and Crafts. According to the tour guide, Gill visited with Frank Lloyd Wright in Chicago early in the construction of the house and subsequently simplified the ornamentation on the house on the fly after returning to San Diego. It's a gorgeous Arts and Crafts house with gorgeous grounds.

The most striking thing about the house for me was the stairway, which seemed to be the precedent for the stairway in Gill's masterpiece, the Dodge House. The stairway in our house is similarly topped with large windows to wash the steps and landings in light. 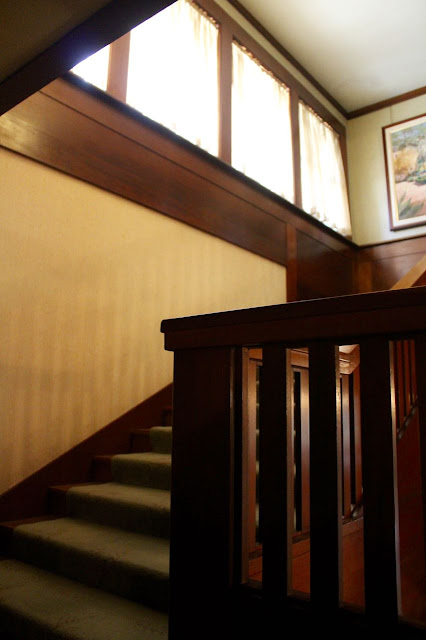 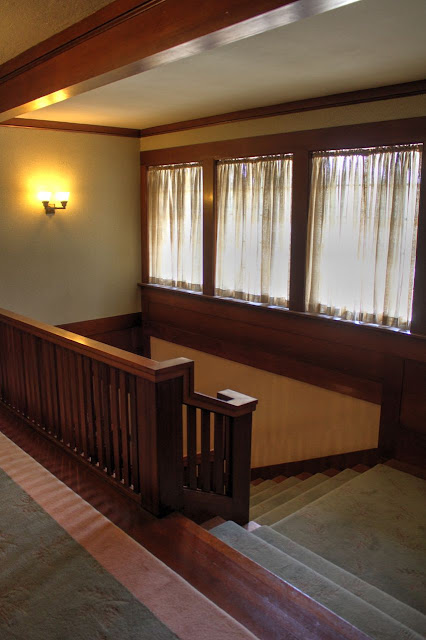 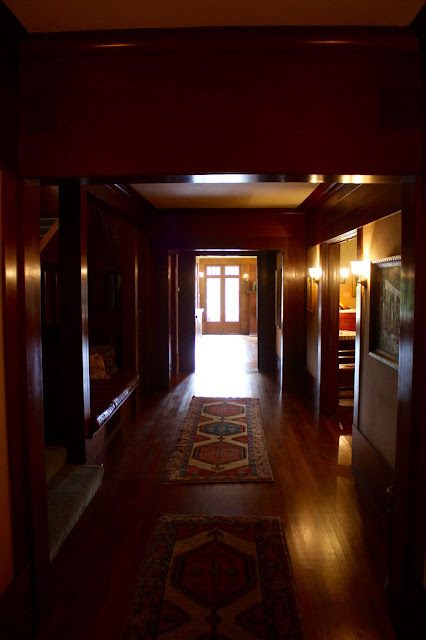 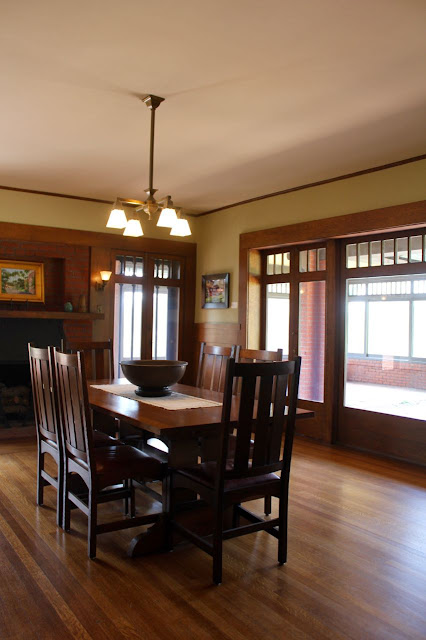 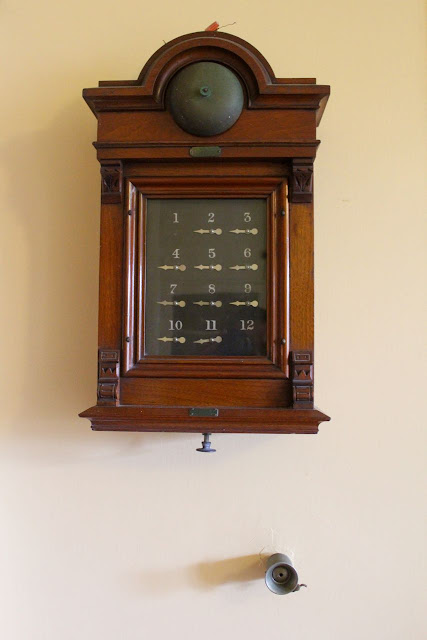 You yipped into that tube on the bottom right to get maid service: "Dr Pepper please!" 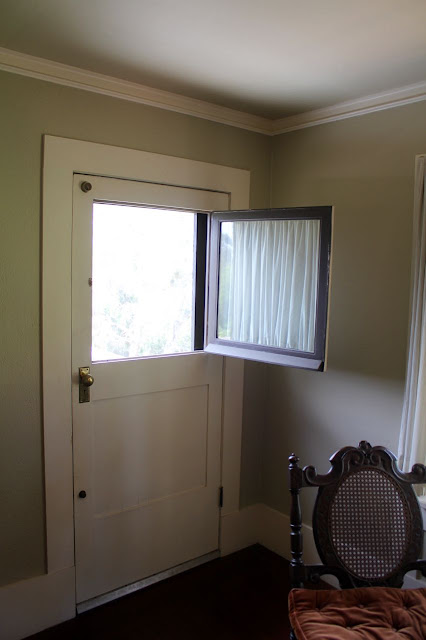 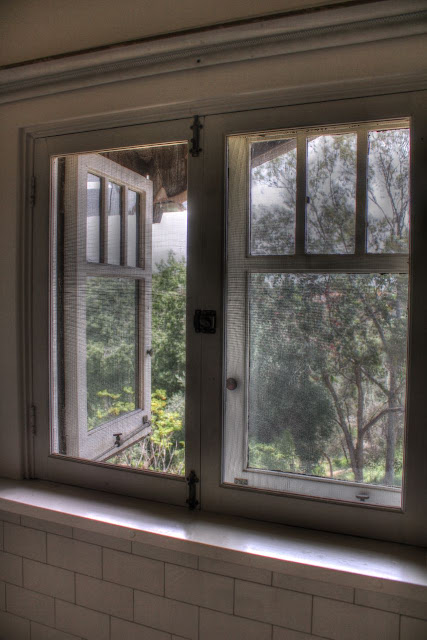 Wallet noted that Gill used this window style (small panes over a big pane; three panes over one) a lot. 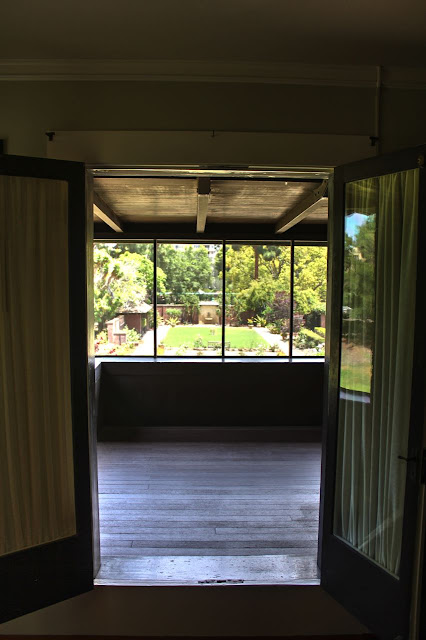 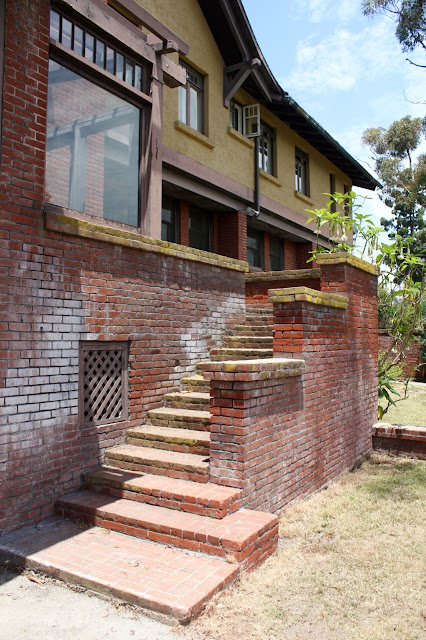 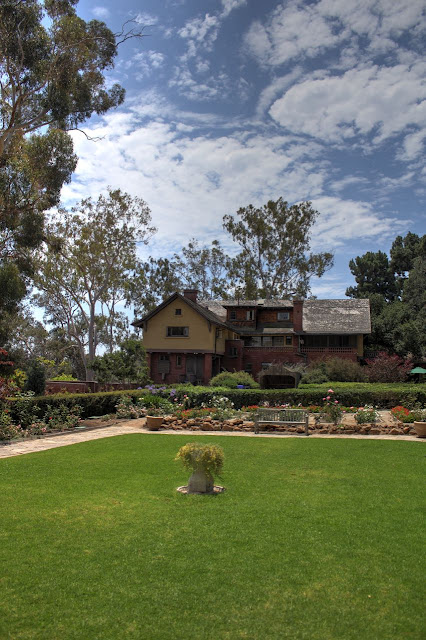 Across the street from the Marston House are several smaller houses designed by Gill in various styles. 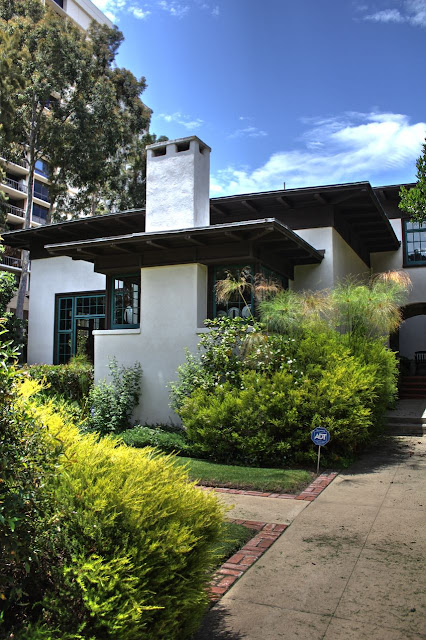 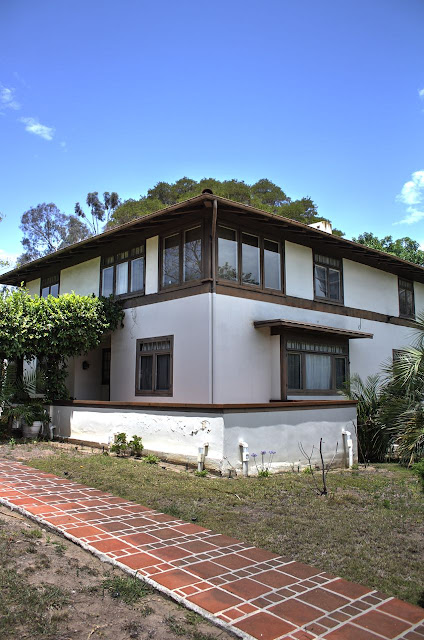 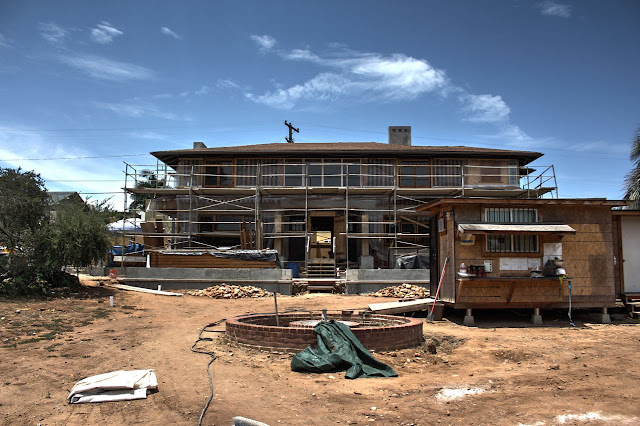 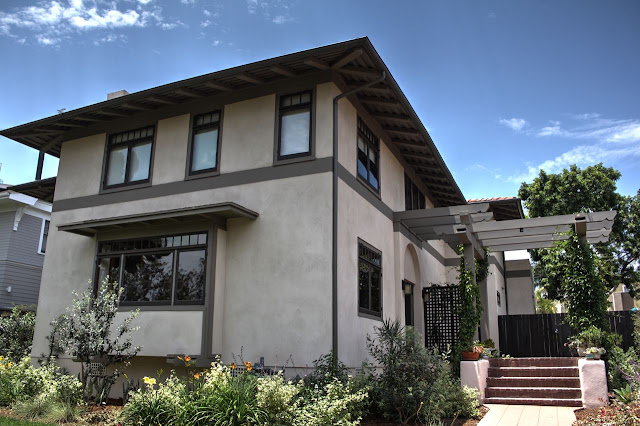 Wallet noted that there's a bed and breakfast in La Jolla in a Gill: It's called the Inn at La Jolla at 7753 Draper Avenue. 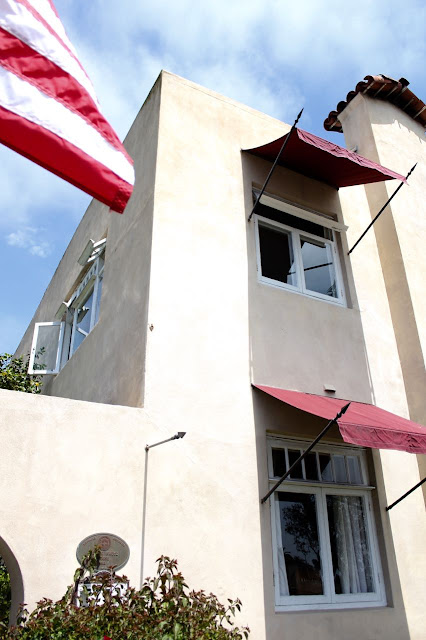 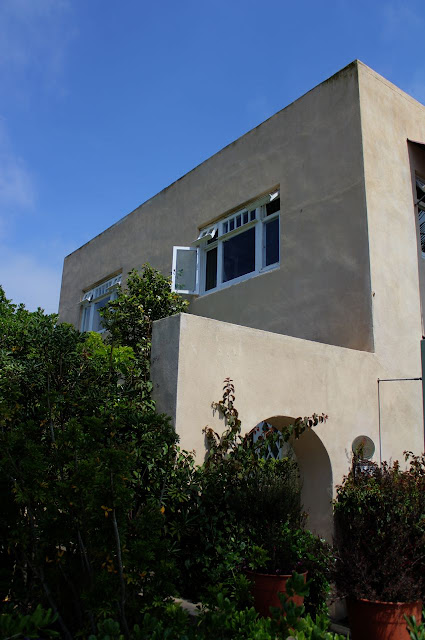 Nearby there are several Gill designed buildings, including the Women's Club. 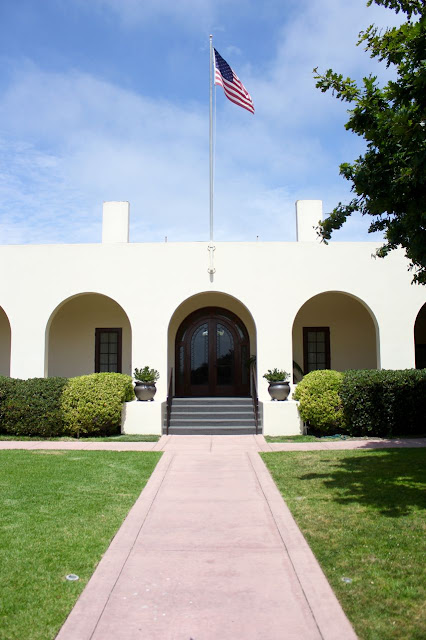 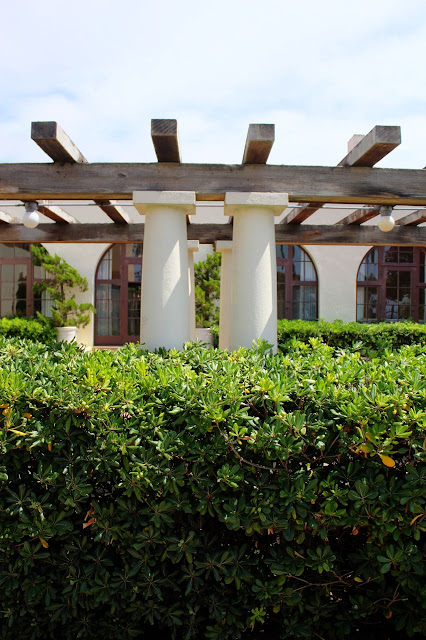 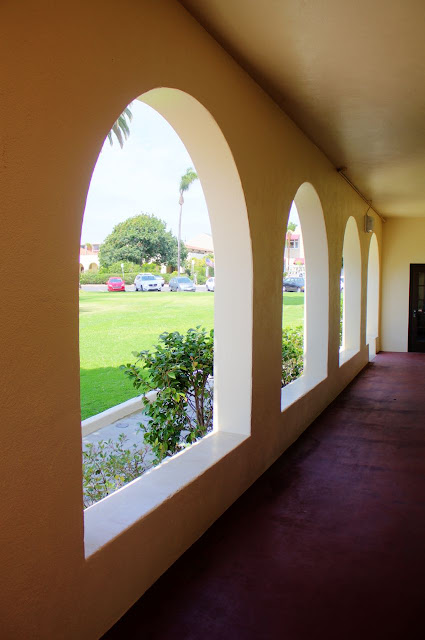