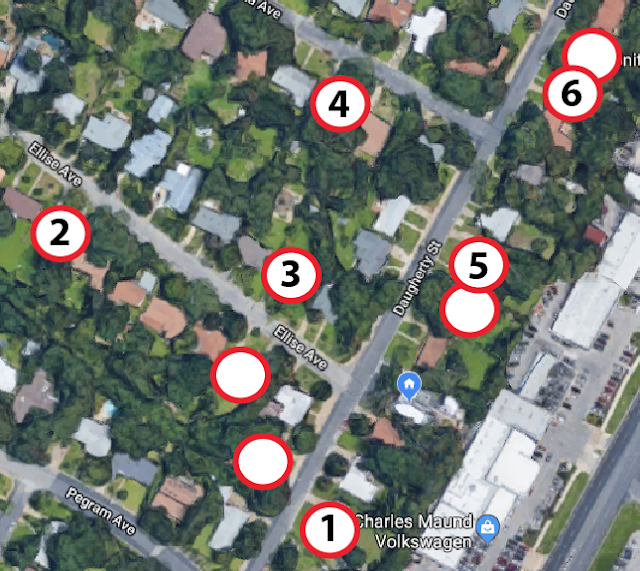 I was kinda sad to see this one go since I believe our architects touchstoned it when designing our (much more abstract) house: note the limestone, the aspect ratio of the windows, the long linear fascia, and the carport.

These 1950s MCM-influenced houses in the hood are small on big lots, which means they have a developers' target on them. This place was listed for $500K, if I remember correctly, and probably sold for $400K. New houses in our neck of the hood are going for a million dollars (!!!).

The place being built in its place appears to be somewhat contemporary with large windows, low-sloped (and for the entry, no-sloped) roofs, and a somewhat ambitious cantilievered entry. The plans call for stucco on the front (but masonry for the garage volume...). We shall see. Given the entry, I suspected this was architect designed, and indeed that's the case. 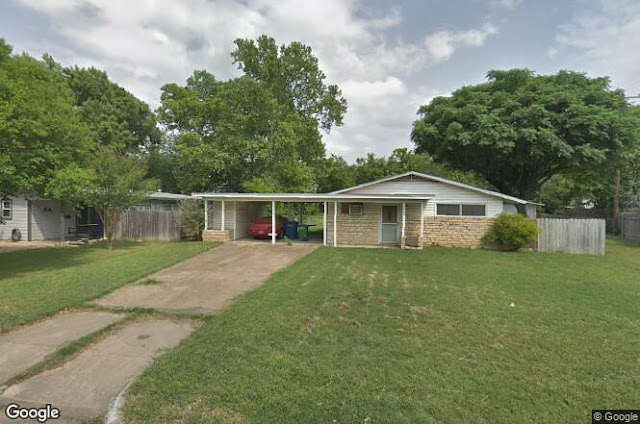 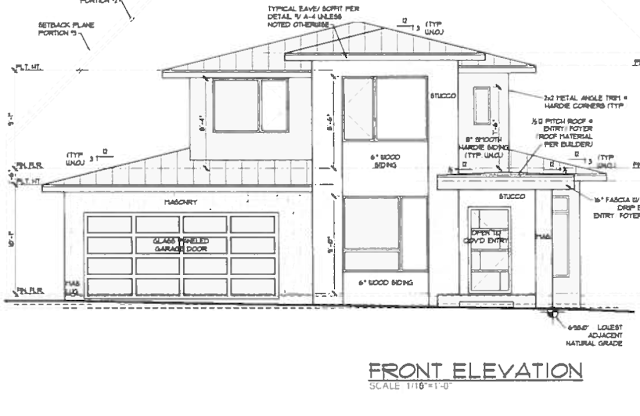 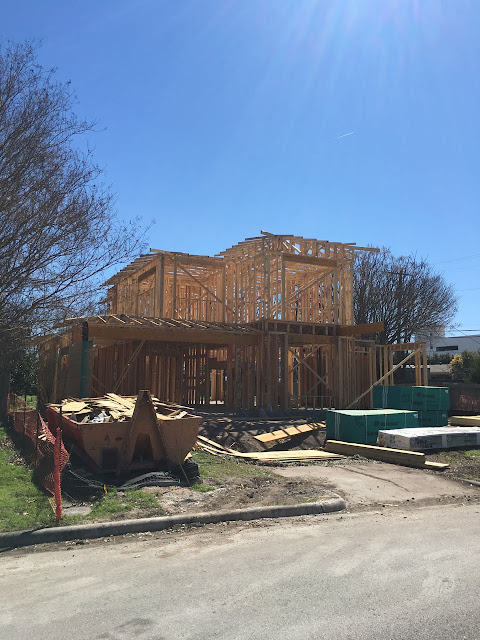 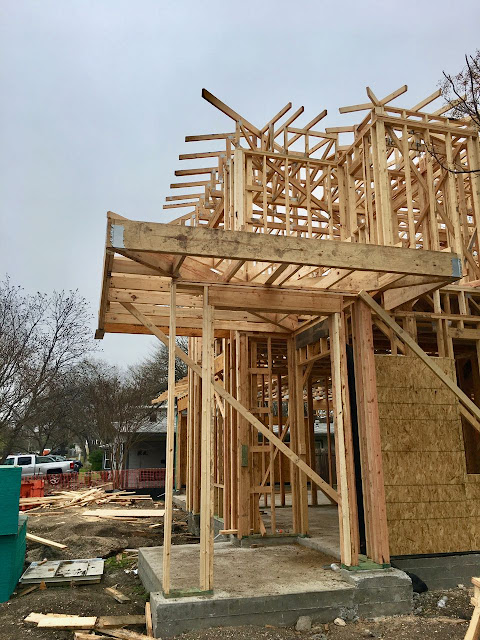 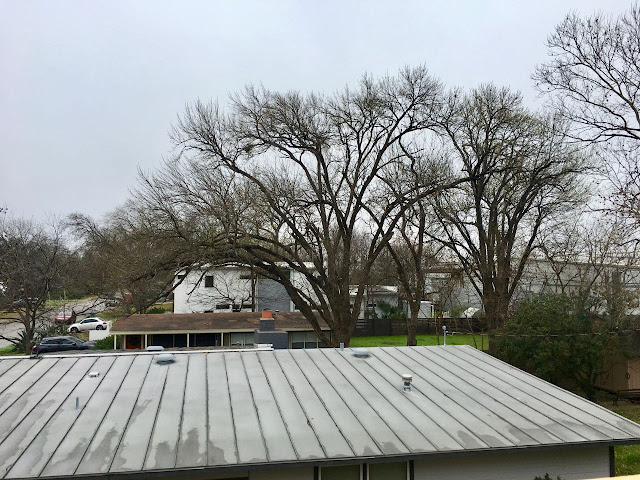 dat's our white house in the distance (not her best side...)

Went for a short stroll down the street last weekend, and this house was gone! Paradisa Homes, a contemporary builder, plans to build here. Paradisa's designs are OK (and eons better than David Designs Weakly), but sometimes they go off-kilter (like the horribly mis-proportioned place being built at Shoal Creek and Greenlawn). A recent design of theirs for Zilker is fairly well done (and well proportioned), so perhaps there is hope for this lot. 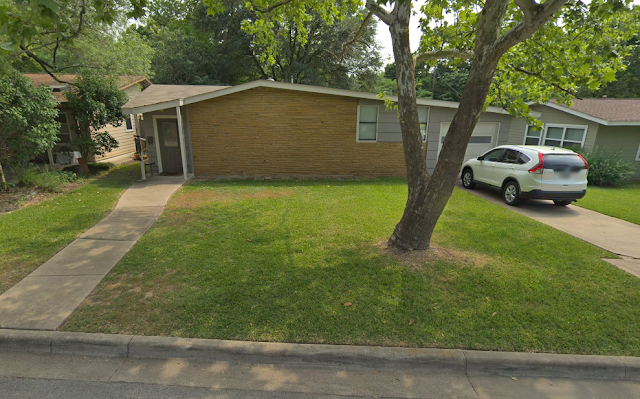 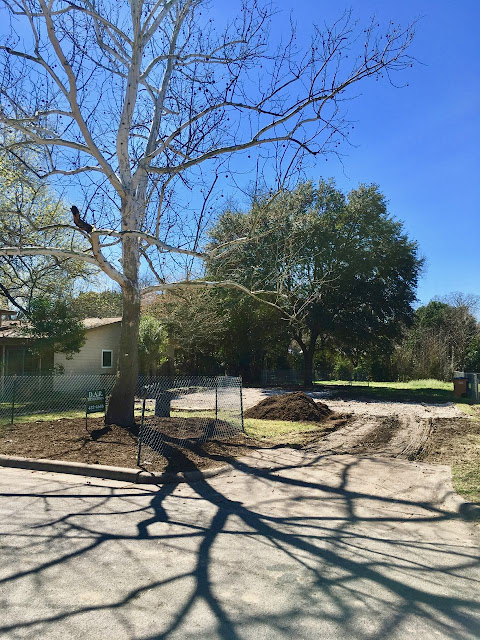 This is also a Paradisa, and it's OK, sporting a combo of flat and hipped roofs. That south-facing wood will be a bear to keep fresh-looking 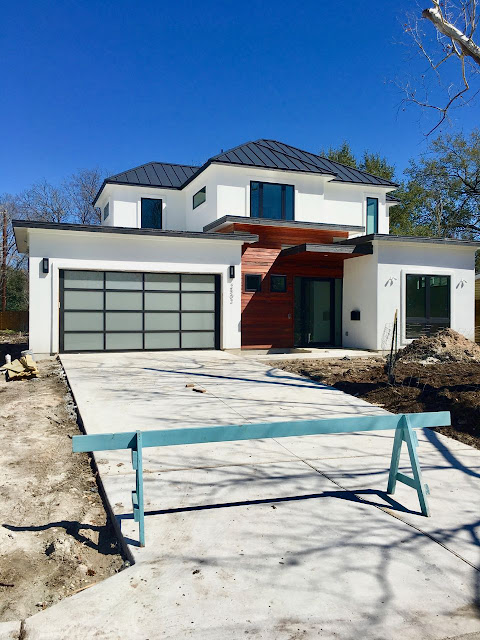 We rather like this place: a massive butterfly roof with a strong MCM feel to it. It might have needed more windows; it seemed rather dark when we were inside with artificial light. It was permitted as a partial demo even though the only thing left after demo was a short, stone wall. The designer, North Arrow Studio, is first rate, having designed The Container Bar on Rainey Street and several ambitious homes around town. 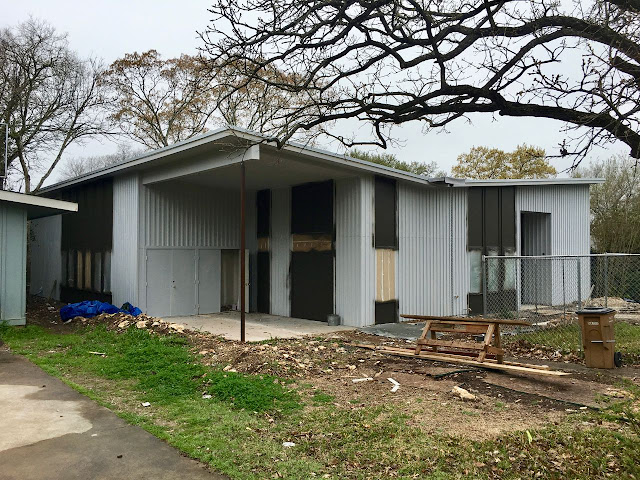 These folks elected for a radical remodel with a large addition on the back. 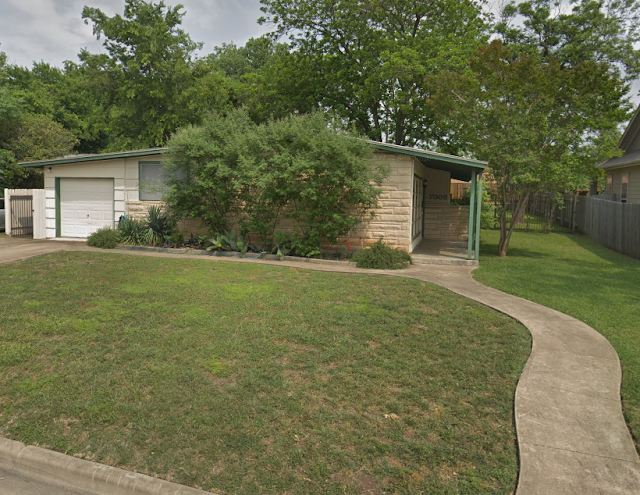 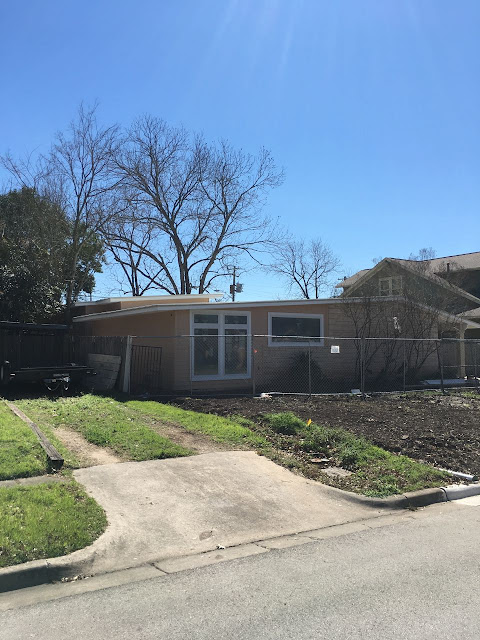 Farmhouse Modern has been all the craze the past few years, so it was only a matter of time before one showed up. Although it ain't exactly my thing, Farmhouse Modern is alright (and it ain't David Designs Weakly). 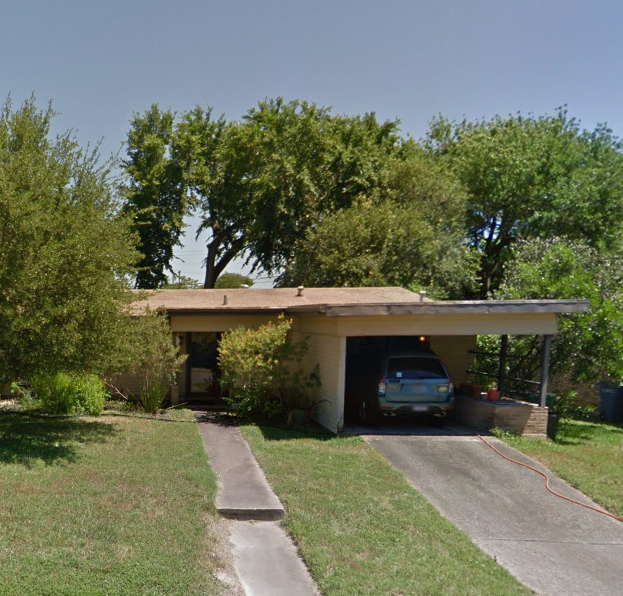 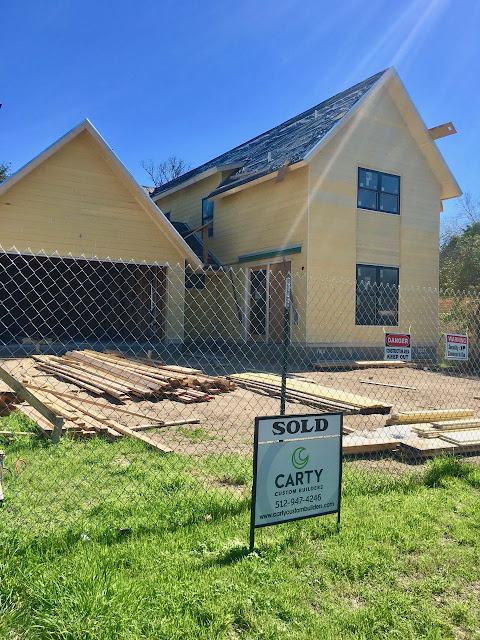