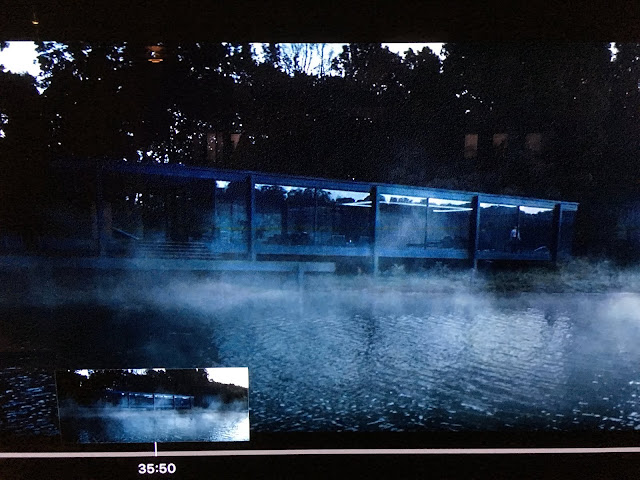 So Batman v Superman: Dawn of Justice pops up on in iTunes. The bride isn't interested in watching because the reviews have been bad. She heads down to Louisiana yesterday on a bidness trip, so I rent the movie. A couple things...

1. Although not close to being the best movie I've seen, it was actually pretty good. After all, it's a superhero movie. We're not talking high cinema. It was probably too ambitious (and too long), but it genuinely surprised me in a few places. Probably its biggest problem is that the whole superhero genre is getting long in the tooth. We've seen this story arc many times before.

2. The Batman (more accurately Bruce Wayne) lives in a black (of course) version of the Farnsworth House! I called it during an interior shot of the bedroom ("Hmmm" I hmmm'd. "That sure looks like a black version of the Farnsworth House. Wouldn't it be cool if...") and then took a screen shot (literally!) of the house when they panned out. Gorgeous! The black Farnsworth sits on a lake instead of near a river and, in a later scene, has garage/carport out back. 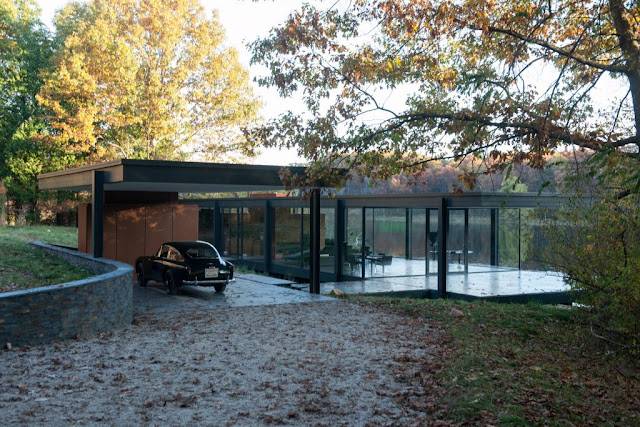 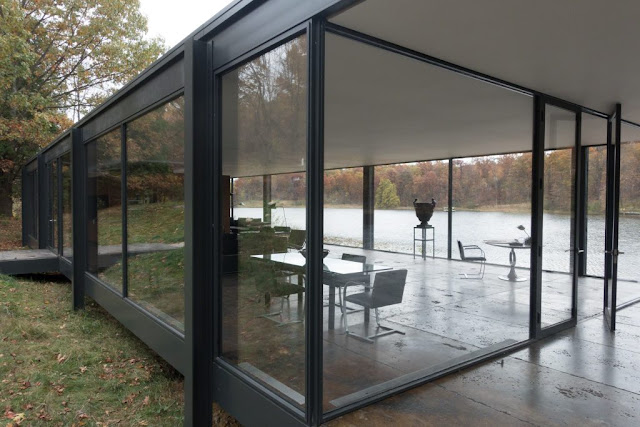 SaveSave
Posted by bubba of the bubbles at 7:54 PM

Email ThisBlogThis!Share to TwitterShare to FacebookShare to Pinterest
Labels: batman