is St. Martin's at risk? 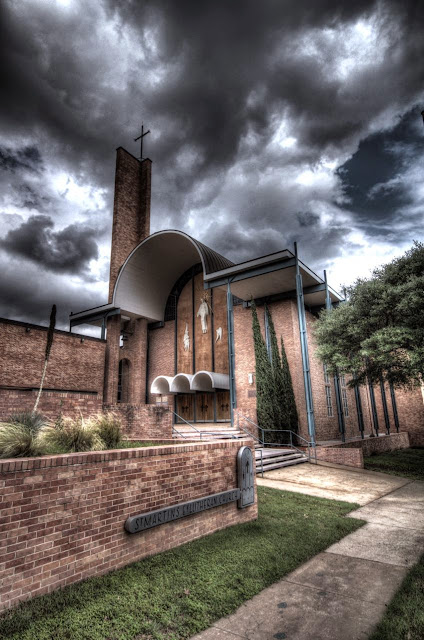 Back in May, I heard a lecture on and took a tour of the gorgeous and fascinating St. Martin's Lutheran Church. I also took the photo above, which, after tone mapping, exaggerated dark clouds over this place of worship. Now it appears those dark clouds are real.

Jason John Paul Haskins has reported, and others have confirmed, that the church is seeking a demolition permit for the property. Church officials have reported that the request for a demo permit doesn't mean that the congregation is going to tear down the church. I'll take them on their word on that; however, it also means that they might level the church. If tearing the church down wasn't an option on the menu, they wouldn't already be chopping onions in the kitchen.

A church committee seems to be considering options for the congregation, and one of those options is selling the property to a developer. However, a developer is most likely going to want to know that they can start with a clean slate. Given the proximity to the capital, the university, and downtown in general, it would be a prized property for redevelopment, an entire city block. But it would also be a loss to the architectural fabric of the city as well as architectural history.

Haskins has started a "Save St. Martin's" facebook page to deliver analysis, updates, and calls to action. If you care about Mid Century Modern in Austin, I suggest you join.
Posted by bubba of the bubbles at 7:08 AM