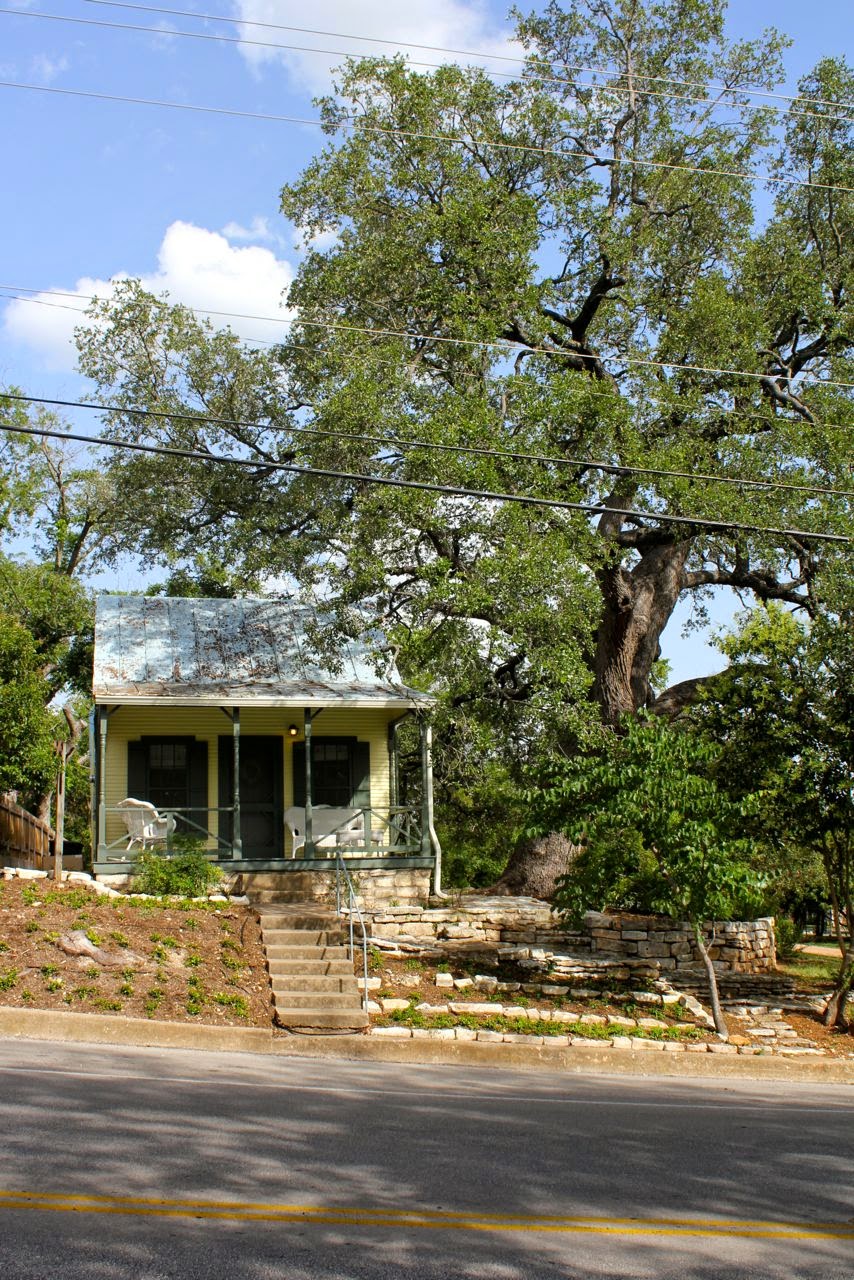 The bride and I, over the past Third of July, rented a Sunday House in Fredericksburg, Texas. Sunday houses are tiny houses that farmers built so they would have a place to stay after traveling into town on Saturday for Sunday service (read here for details). In Texas, this seems to have been prominently done by the Germans in Gillespie County, the county that hosts Fredericksburg. These houses are cute as kittens, yet amazingly efficient in the use (and perception) of space (those Germans...).

Here are some examples we happened across while wandering about town: 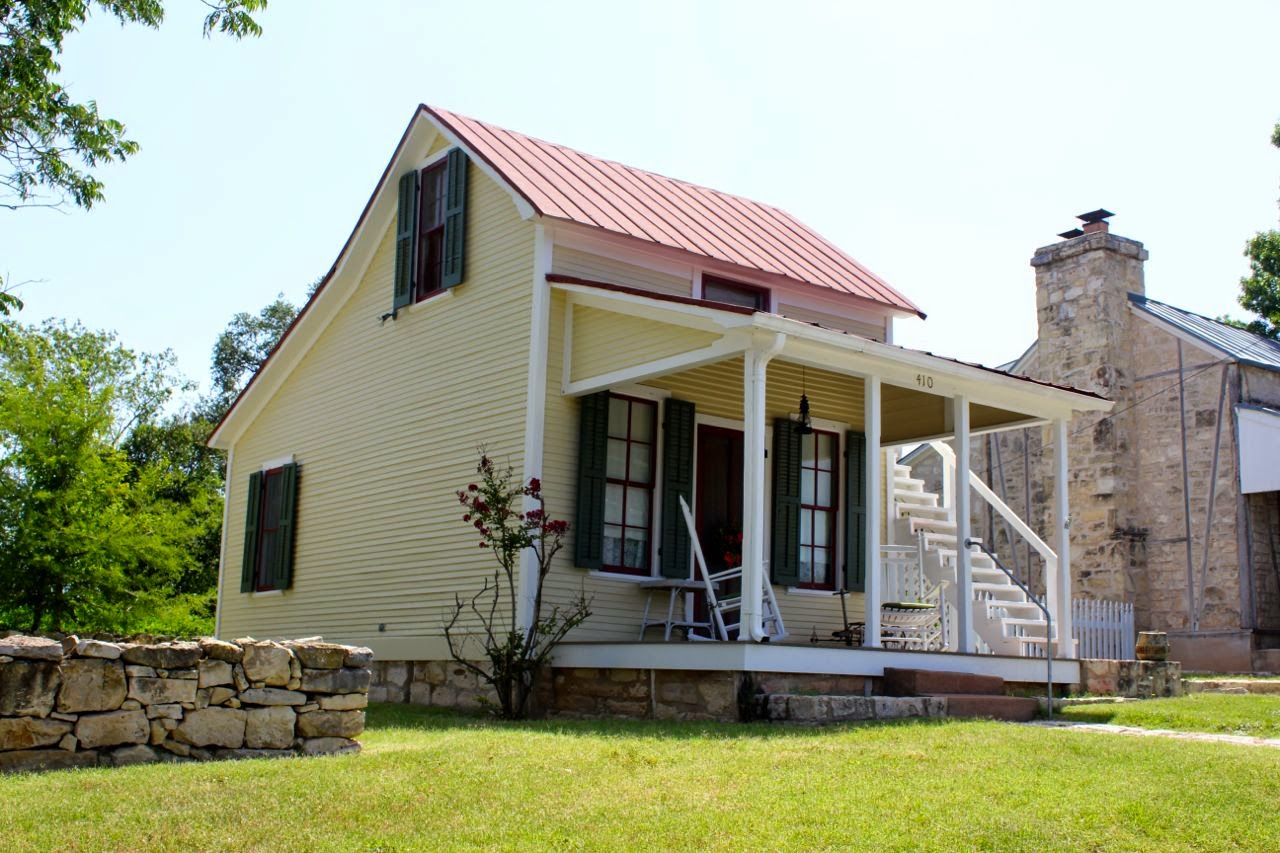 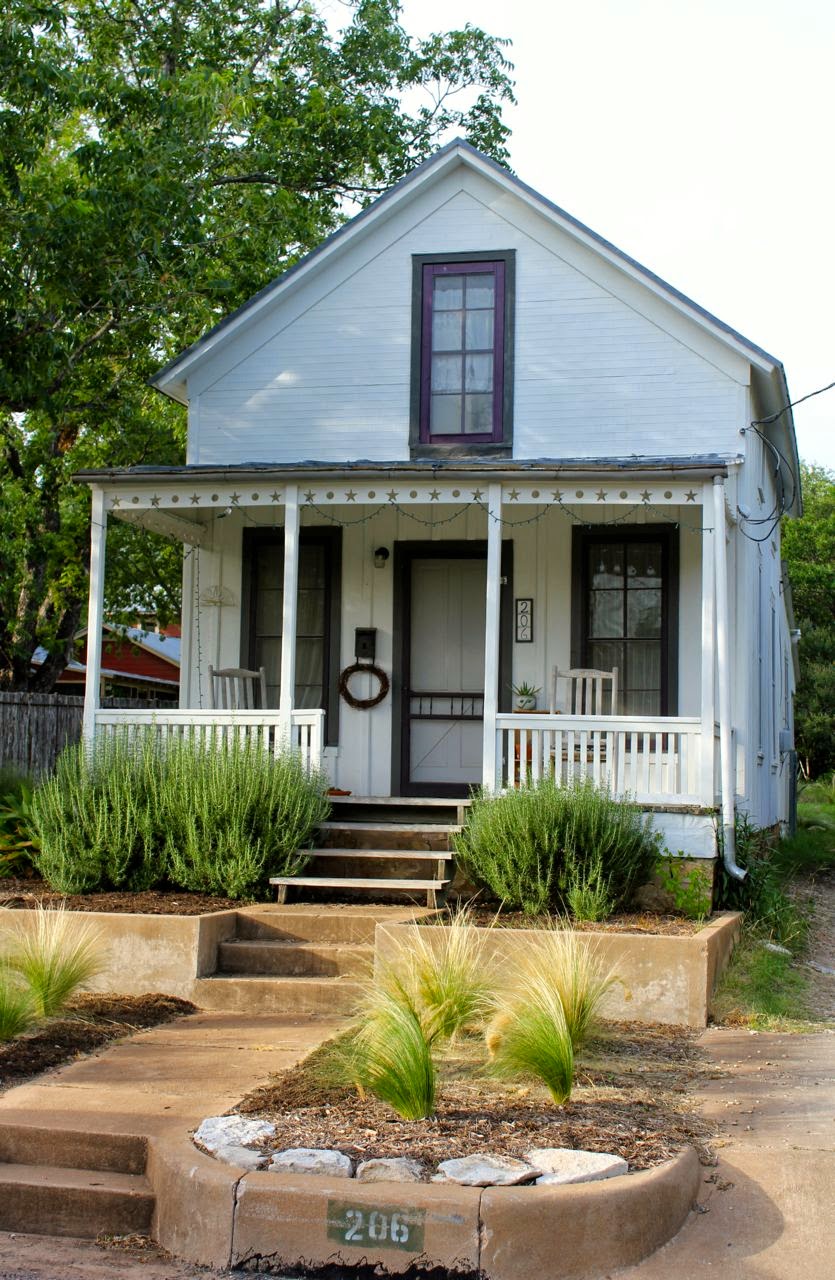 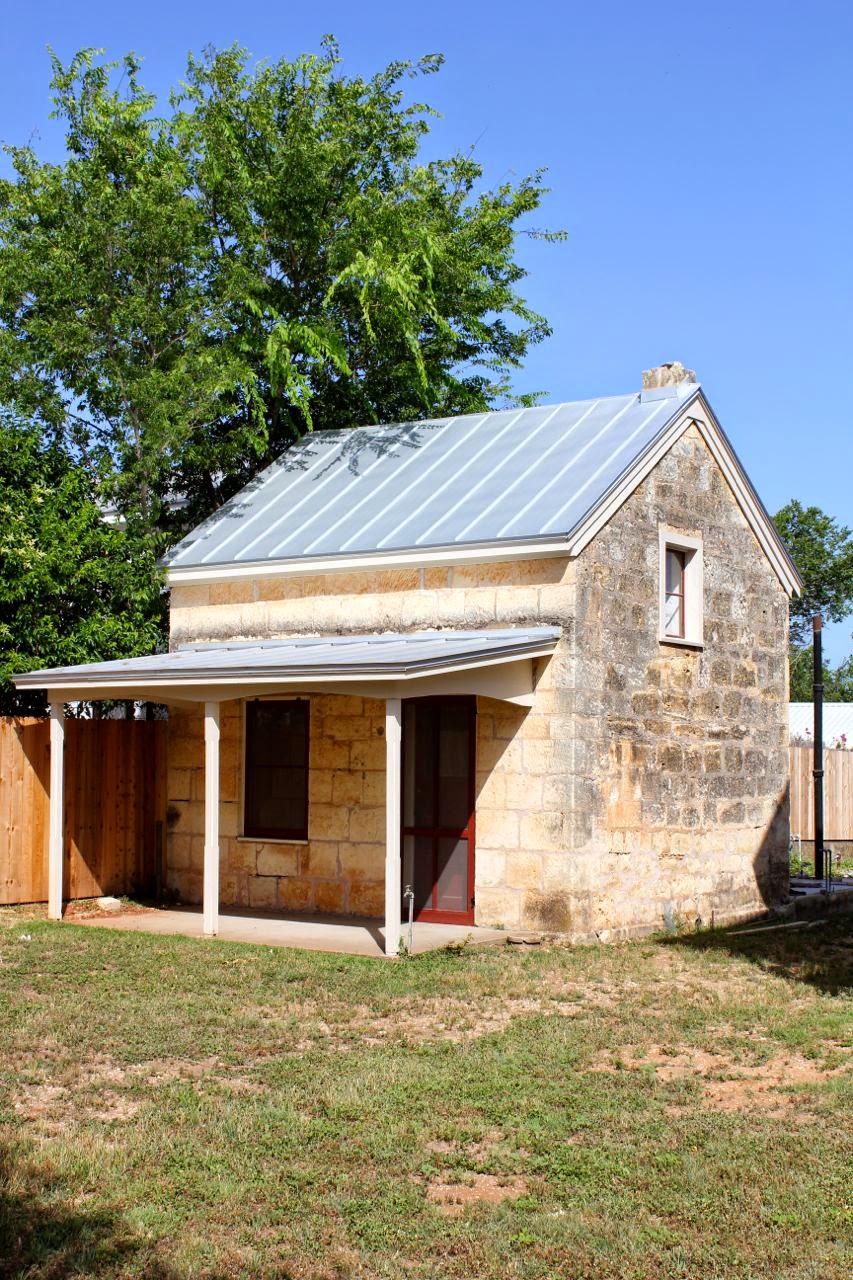 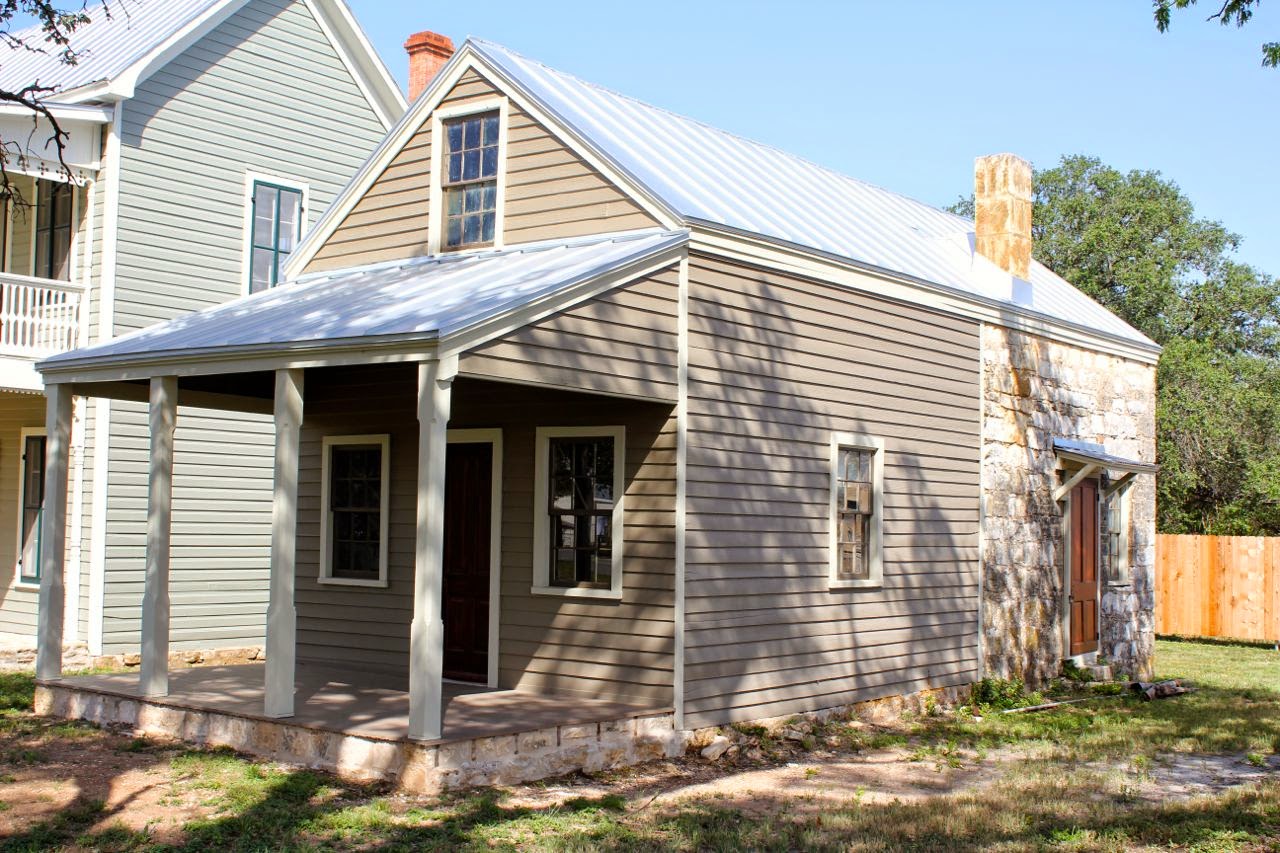 Our particular house had three rooms: a large bedroom (which included a sitting area), a kitchen/dining area, and a bathroom. An ample porch adorned the front of the house. The attic was unused in this particular house (we've heard locals describe the attics as "That's where the kids slept"). It's hard to tell, but we suspect the back of our house was added on later or, at the very least, is a finished out cooking porch. 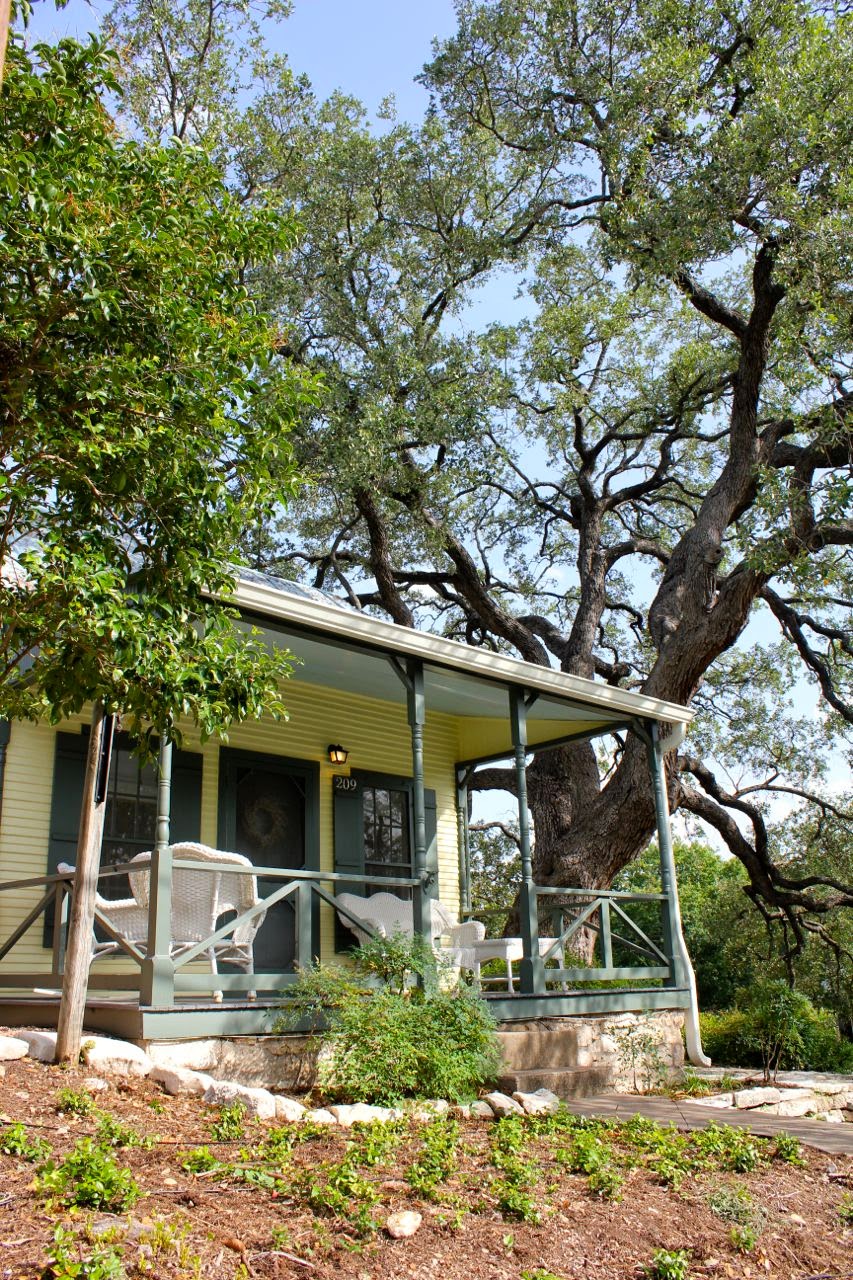 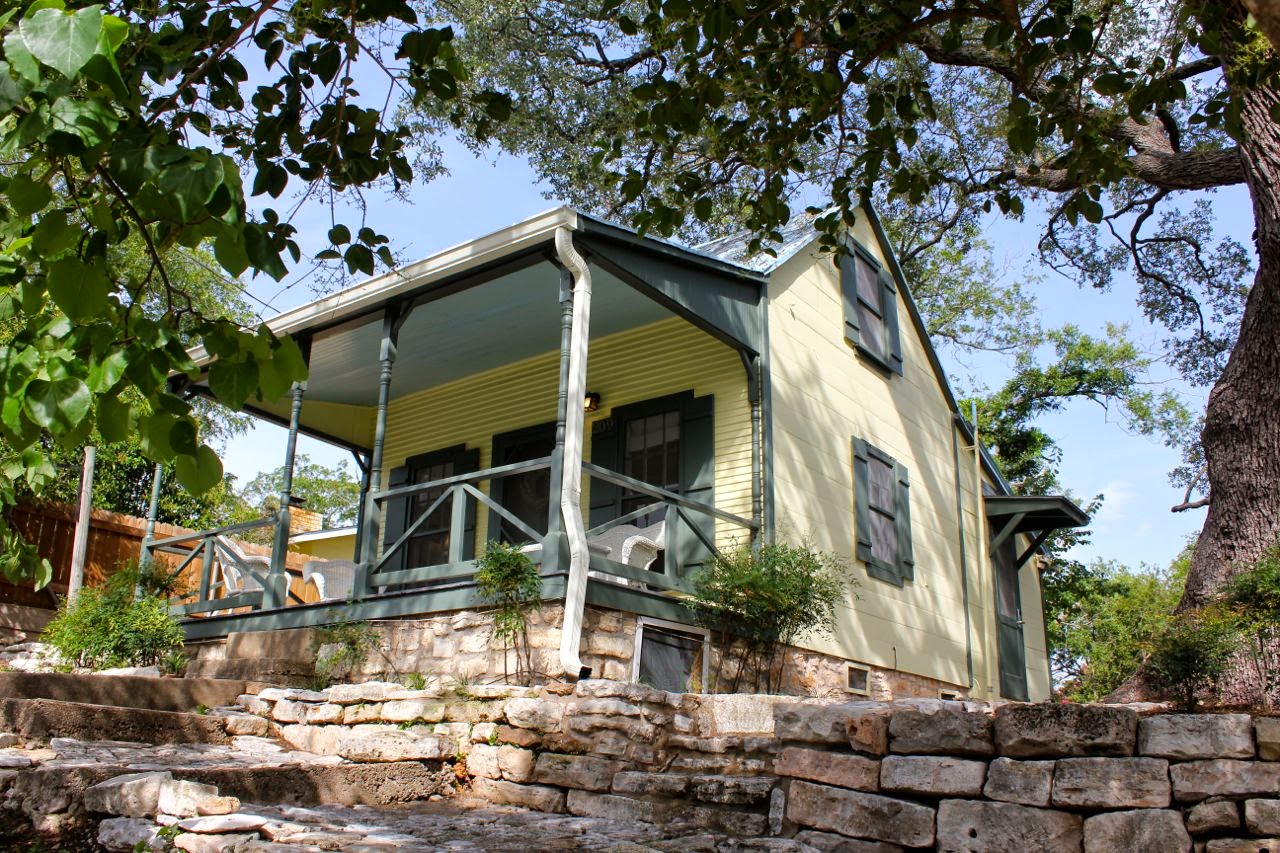 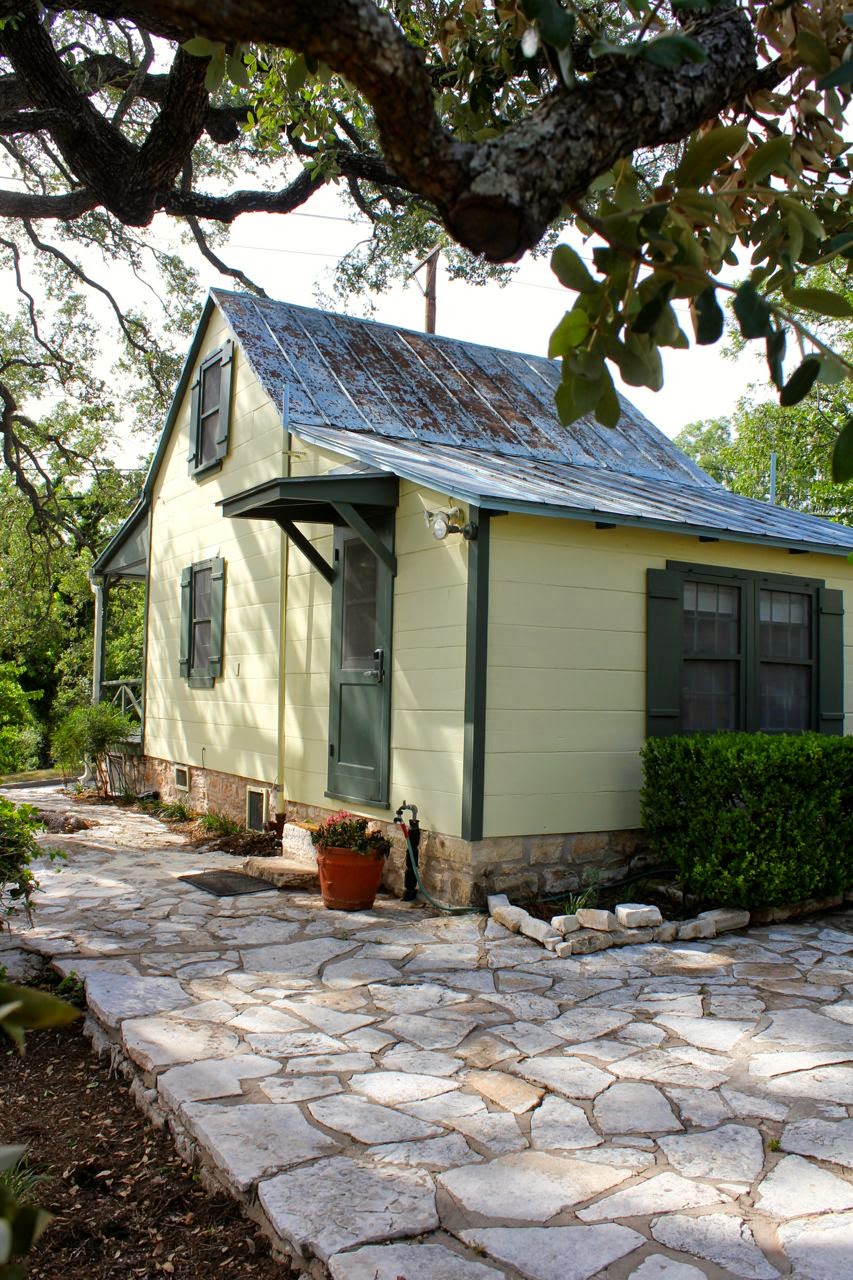 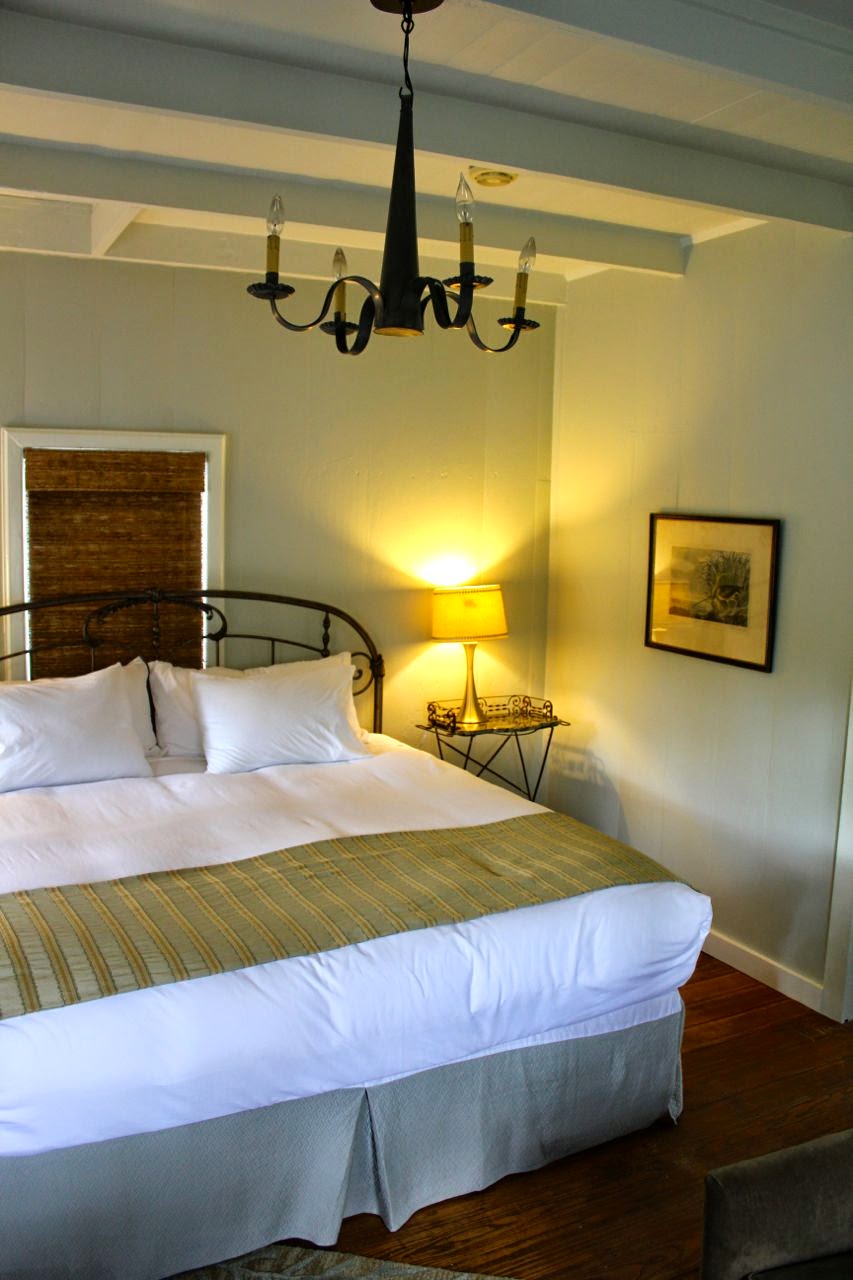 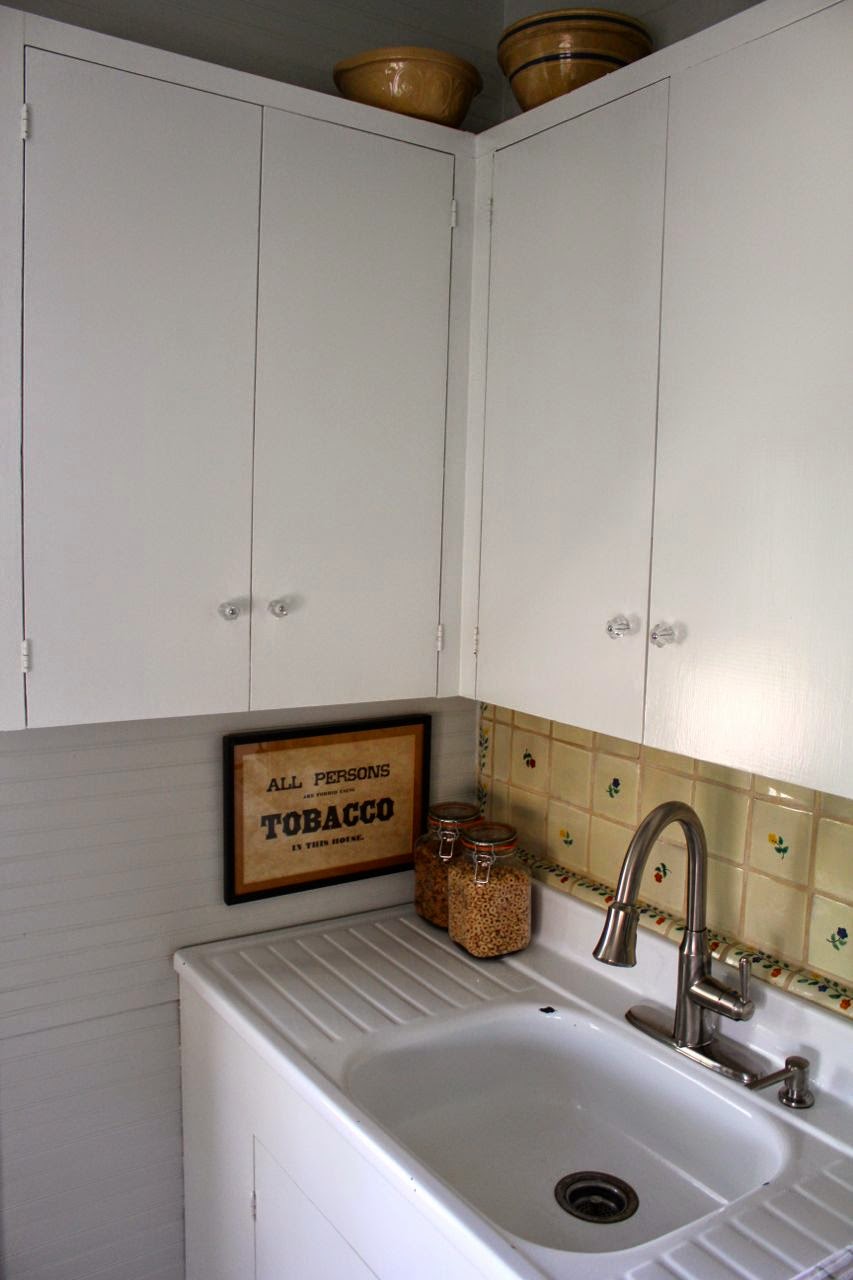 Our Sunday house was comfy, relatively spacious, and had lots of storage. How big was it? 240 square feet!!! At first the bride didn't believe it, but after measuring a couple more times, the house's dimensions--12 feet wide by 20 feet long--became clear.

I think the house was helped in large part by the tall ceilings, light colors, and the simplicity of the layout with just a few rooms. But wow-wow-wow! 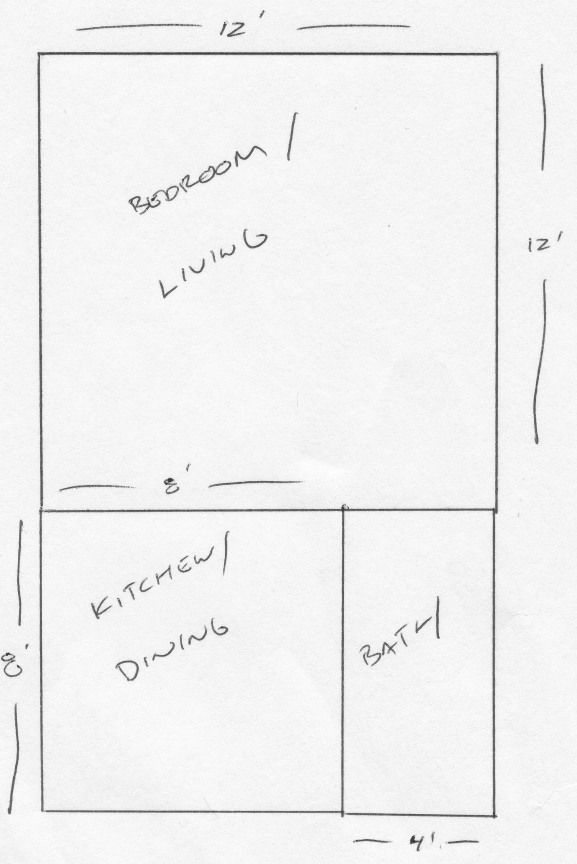 So what does this have to do with R.M. Schindler's log cabin?

We've been talking for awhile now about getting a cabin up in the hills somewhere in the northern New Mexico/southern Colorado area. This would be a retirement thing where, during the brutal summers in Austin, assuming we stay in Austin, we'd have the ability to pick up and head to the cooler climes for a few months. With our more recent fascination with Schindler, we're now talking about building Schindler's log cabin, a project he designed in 1917-1918 while he was in Chicago. 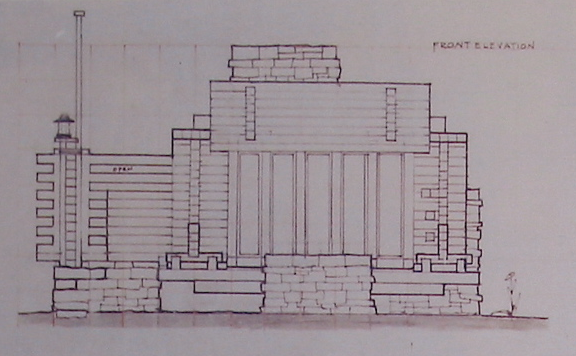 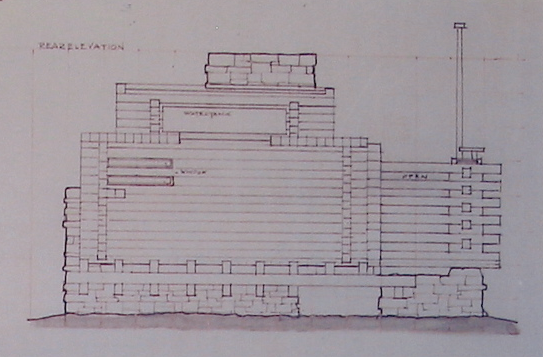 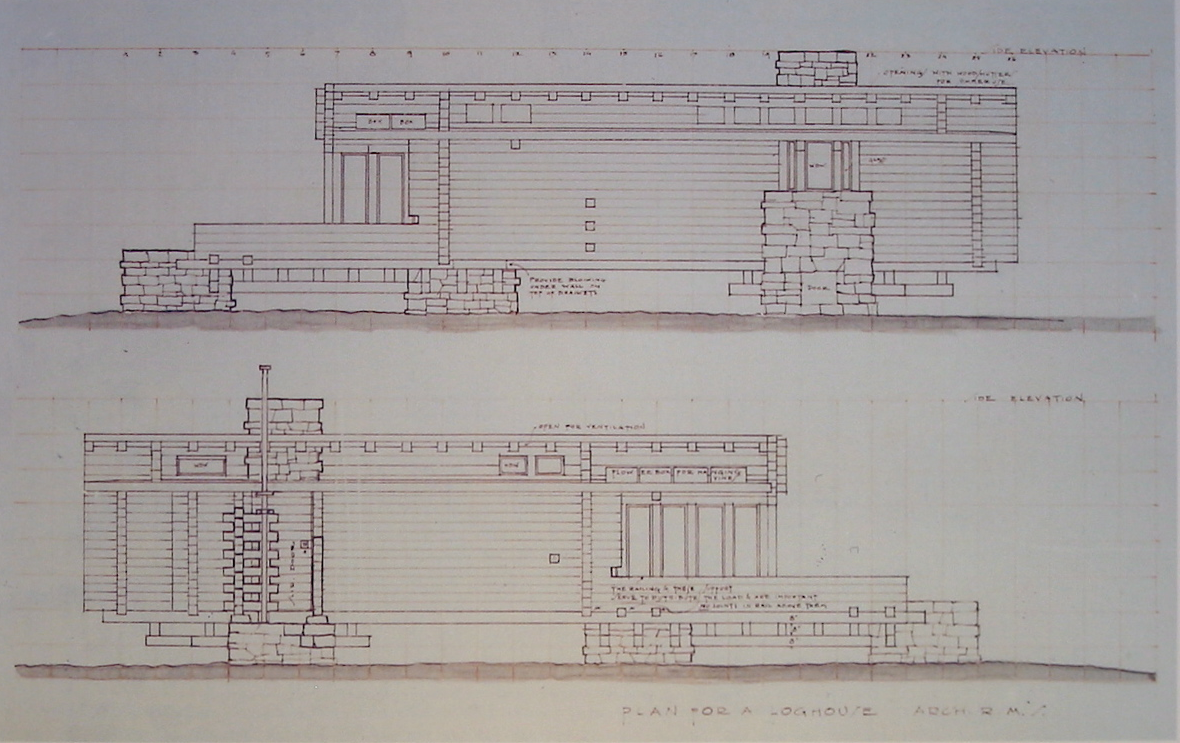 One of the concerns we've had is the cabin's size: 540 square feet. But at more than twice the size of the Sunday house we stayed in, it should be ample room! Similar to the Sunday house, Schindler's cabin has three rooms (really it only has two rooms, with one divided by something like a pony-wall).  This is all on the 10- to 15-year planning horizon, but it's kinda fun to start thinking about it now.

Posted by bubba of the bubbles at 8:41 AM