haiku for the book : "vienna to los angeles: two journeys" by esther mccoy 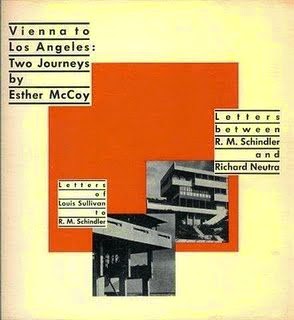 a vulture circles
opportunity awaits...
but what are friends for?


If there’s a theme to this book, it’s that Richard Neutra was an asshole.

I’ve had this tome on my I-hope-to-buy-this-sucker-some-day list, in part because it’s so dang expensive. It’s out of print and, ironically, because of poor sales back in the day, a collectible. But after reading an excerpt from the book of an interview with the Lovells (he and she of R.M. Schindler’s Lovell Beach House and Neutra’s Lovell Health House) that dispelled an often written statement that Schindler had to close in the sleeping porches on the beach house because he couldn’t properly design a drain, I decided that now was the time to pick the book up, high cost be damned.

In the book, Esther McCoy focuses on letters between Schindler and Richard Neutra and between Schindler and Louis Sullivan (many of which were due to Neutra’s poor behavior relative to Sullivan’s manuscript, “Kindergarden Chats”, making the rounds in Europe in search of a publisher). She also includes snippets of the aforementioned interview with the Lovells. 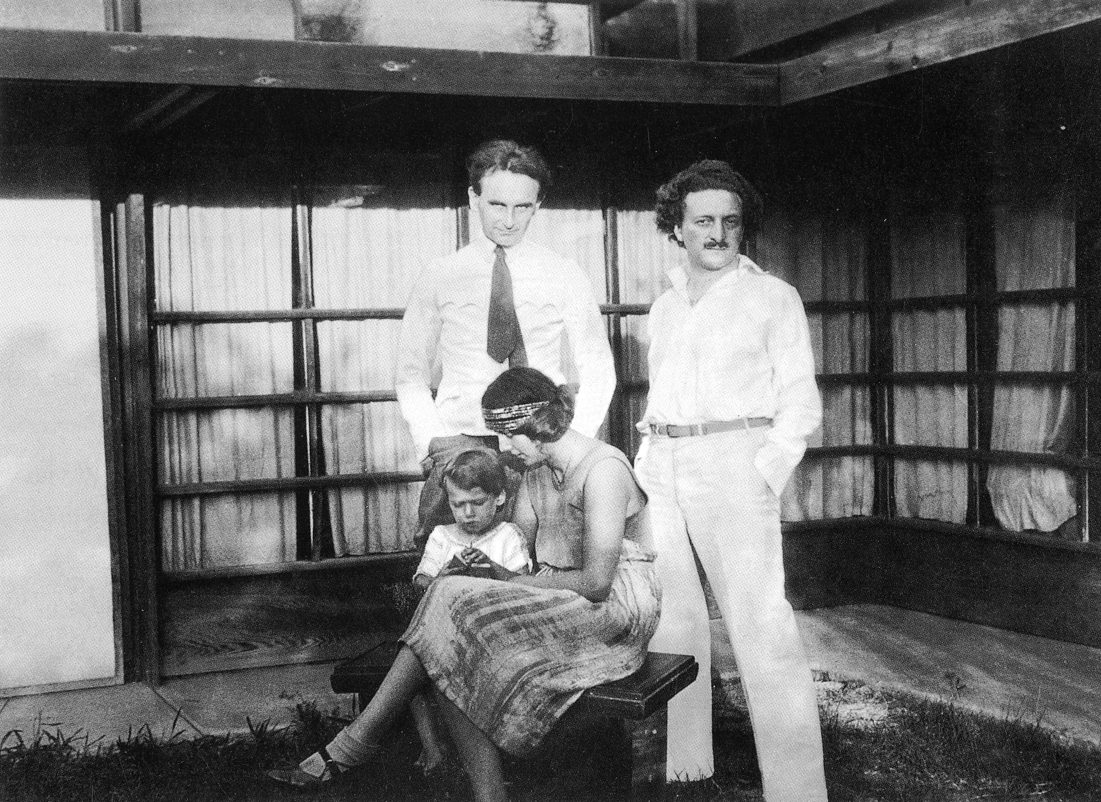 Schindler, although disheartened by his lack of recognition during his lifetime, was certain that his place in architectural history was guaranteed. Neutra also knew this truth, that Schindler would be recognized on an equal if not greater footing than himself. Sadly, despite Schindler’s critical help in bringing Neutra to the United States and California, starting his career in the states, and unwittingly providing the opportunity for Neutra to steal the Lovells and build his marque building (the Lovell Health House), Neutra set out to destroy Schindler, something he focused on his entire life, especially toward the end of his.

Neutra attempted to do this, and succeeded in the short term, in several ways:

- he fed on the fears of the Lovells and deceived them and Schindler to steal them from Schindler. Shindler was in line to build their house in L.A. (he had plans on the boards), and Neutra flat out stole the clients.
- when the joint design for the League of Nations building came in third place and toured Europe, Neutra removed Schindler’s name from the project (I know, I know: This is arguable. But at the very least, Neutra’s whining to his parents-in-laws caused Schindler’s omission, and Neutra didn’t work too hard to get Schindler’s name back on the display).
- When Neutra heard Schindler was working on a book about construction in America, he encouraged Schindler to wait until he arrived in America so they could publish it together. And then when he arrived, he wrote the book on his own while Schindler supported him and his family.
-  When the Museum of Modern Art was putting together its highly influential modern architecture show held in 1932, Neutra succeeded in turning Philip Johnson and Henry-Russell Hitchcock against him.
- Tried to change time.

Later in his life, desperate to expunge Schindler’s role in his history and the history of architecture, he bizarrely insisted that his Lovell house predated Schindler's Lovell house, a fact easily disputed by press articles, numerous recollections, as well as building permits. In an interview in a different book, McCoy tells the story of how Neutra flew out to New York to appeal to her editor to change the dates. Neutra felt his force-of-personality would be enough to change time despite the litany of easily accessed evidence to the contrary.

In an attempt remove Schindler completely from Neutra's history, Neutra's wife, Dione claimed in an interview with the Los Angeles Times that Schindler turned them away when they first came to L.A.. Pauline Schindler clarified that they had not been turned away and had lived there three years.

Schindler’s beach house (1922-1926) was problamatic to Neutra. First, it predated Neutra’s health house (1927-1929) by five years in design and by three years in finished construction, arguably giving Schindler the prize for the first modernist structure in the United States and among the first in the world. Second, Neutra’s house is clearly influenced by Schindler’s house, unveiling the illusion of Neutra’s initial raw brilliance.

It’s all quite sad, really. Despite his previous assholiness, Neutra’s place in architectural history was clearly set (and deservedly so). Most folks simply assess the work and not the bitter backstories behind what leads up to the work: The ends, sadly, justify the means. Frank Lloyd Wright was an epic asshole as well, and he is deservedly highly regarded. Instead of atoning for past sins (chalk it up to youthful exhuberance, dude), Neutra insanely doubled down, and his legacy is somewhat stained (and becoming more so) because of it. And the fact he doubled down suggests he knew he had been a giant asshat. Unfortunately his asshattedness hadn’t abated, so he responded with truly mythic asshattedness. Not that Schindler was an angel (he was self-destructive when it came to working with editors but a comparative saint when dealing with people in general), but despite Wright’s brutal treatment of him, Schindler continued to acknowledge Wright’s, and others, influence on his work.

To a certain degree, Schindler deserves some of the blame for what happened to him. There were early signs that Neutra was a brat, and Schindler let Neutra take advantage of him for a long time before he wised up.

I love Schindler’s work, but I love it more deeply because of the man. He was a brilliant sweetheart that was taken advantage of by lesser men. His brilliance and those intimidated by that brilliance (and yes, this includes FLW), kept Schindler from receiving his due while he was alive. Yet Schindler had the confidence to continue doing what he loved secure in the knowledge that he would be recognized.

And, ultimately, he was right. 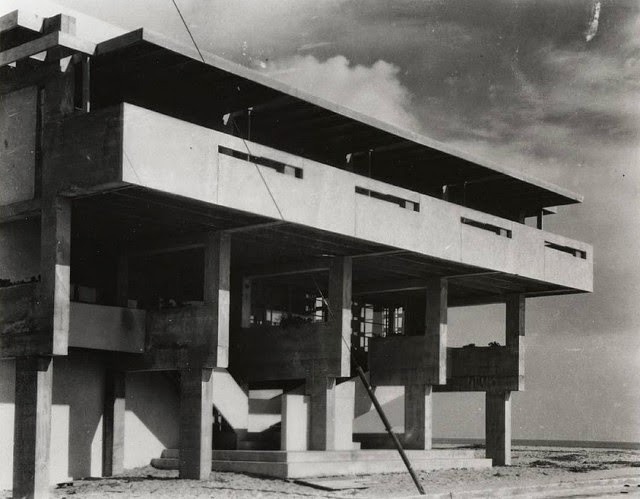 Before the sleeping porches were closed (left) and after (right). 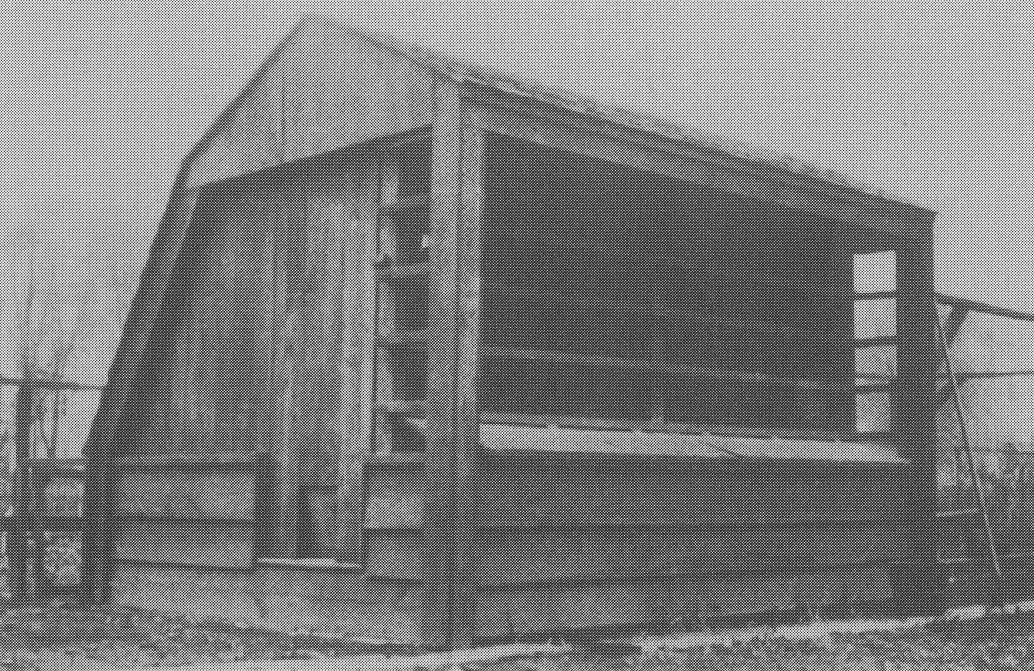