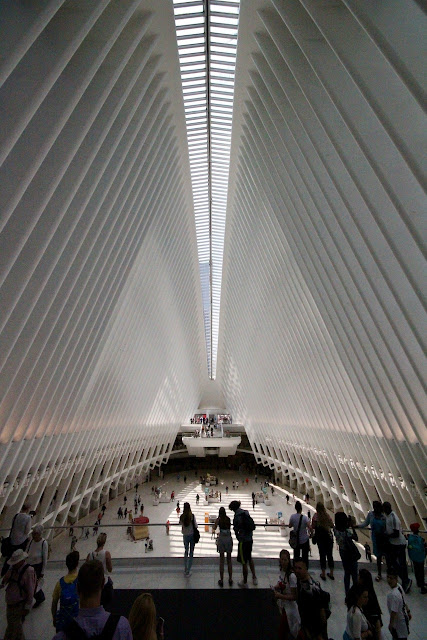 Santiago Calatrava is one of my fave contemporary architects. He has a unique style that is both futuristic and organic like bleached whale bones sunning on the sand. He first became famous for his graceful and acrobatic bridges (Dallas has one!) but has also designed buildlings, including the World Trade Center Transportation Hub in New York, which we visited last year.

Outside, the WTC Hub looks like a winged caterpillar with symmetric asymmetry on the ends. Also a sculptor, Calatrava described the Center as "a bird flying from the hands of a child." Detractors have called it "a self indulgent monstrosity," "a kitsch stegosaurus," and a "giant gray-white space insect." Inside, the rhythm and height of the space speaks as a cathedral, both uplifting and somber, a fitting emotional response its location to the horrific 9-11 terrorist attack. Part of its controversy is that the project came in at $4 billion, twice the expected cost, making it the most expensive train station in the world. Regardless, it's inspiring architecture. If you walk inside and don't feel anything, check your pulse: you may not be alive. 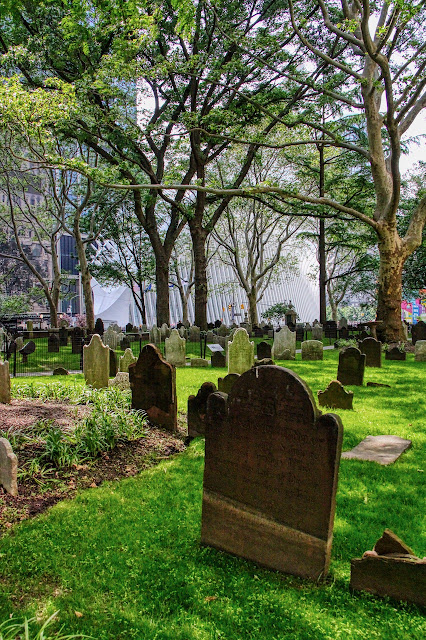 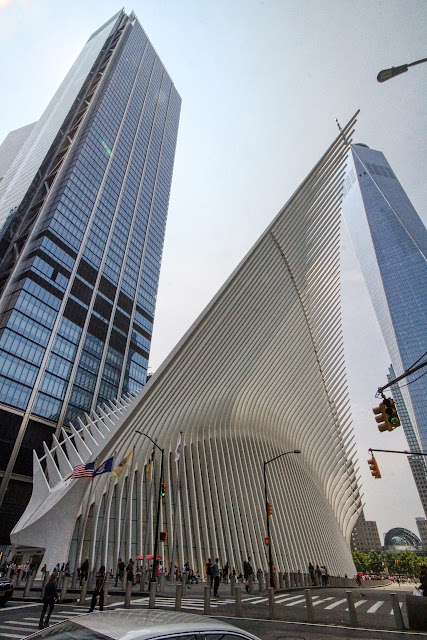 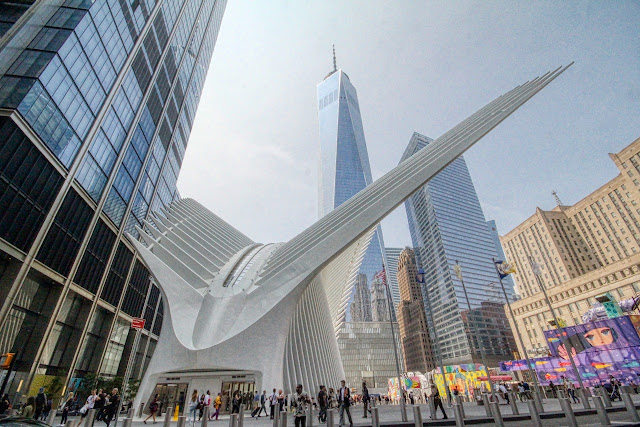 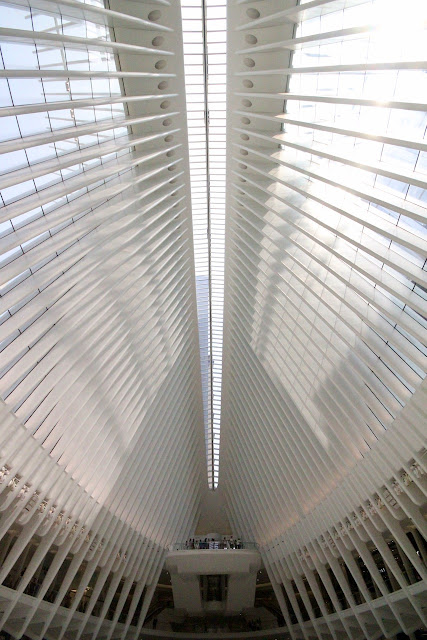 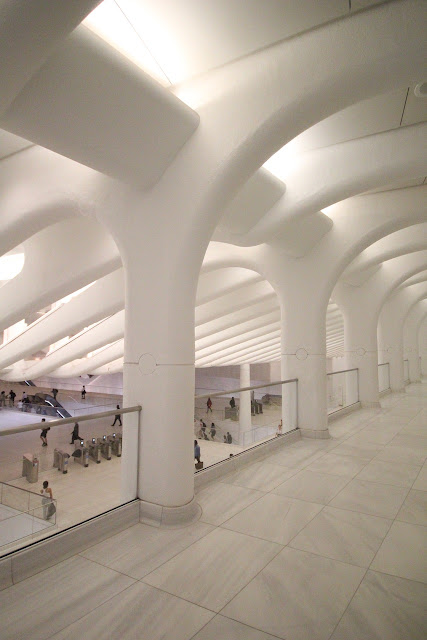 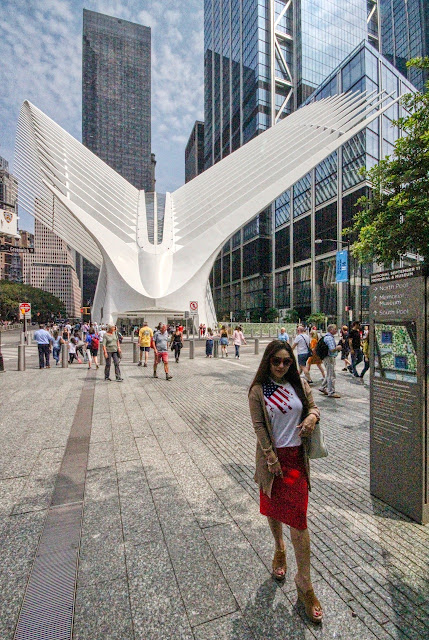 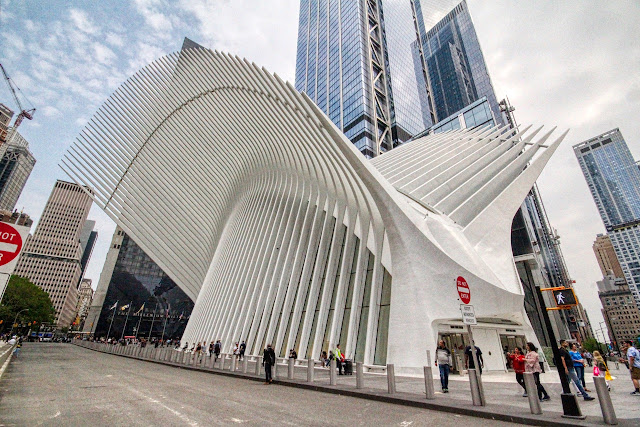 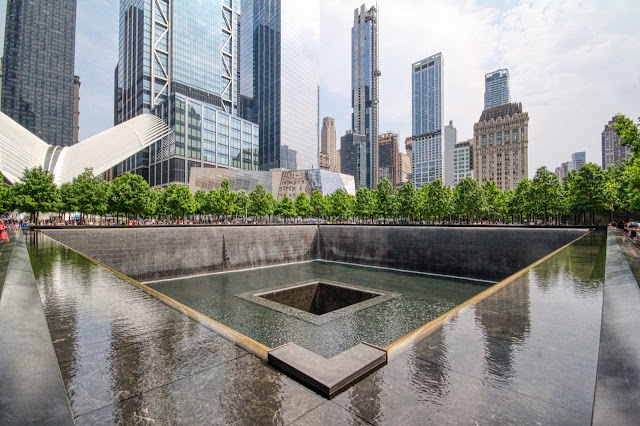 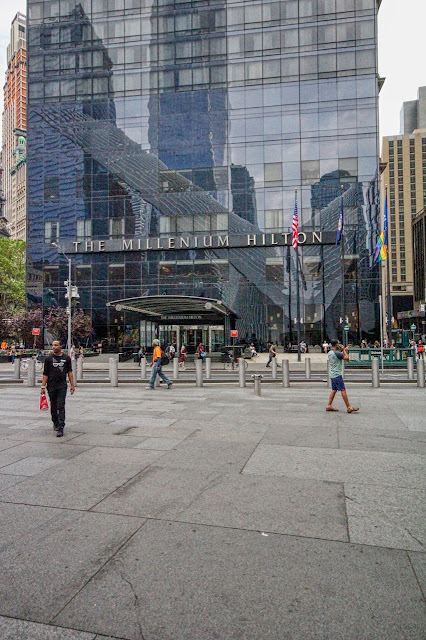