a message of sustainability from whirlpool 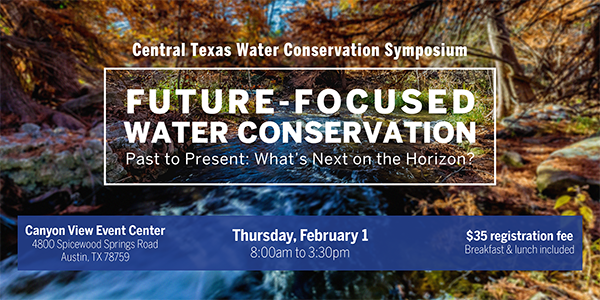 I attended the Central Texas Water Conservation Symposium this past week and heard a fantastic presentation by Whirlpool's Global Sustainability Director, Ron Voglewede. Ron was full of useful and interesting information as well as exciting info on new and upcoming products. 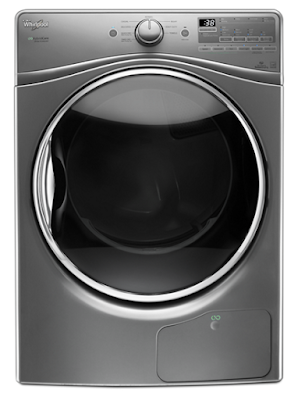 The big news (at least for me) is that Whirlpool now has a ventless, heat pump dryer (#nerdalert). I cannot tell you how happy I am to hear this (think back to Steve Jobs rolling out the first iPad and how the fanboys peed themselves with excitement. That's me + this dryer.)

Your standard dryer blows. Literally. It pulls massive amounts of air from inside your home and pushes that air to the outside via the dryer vent. This forced venting causes a negative pressure in your house which results in unconditioned air seeping into your home, and Gawd-knows-where that air is coming from (imagine rat nests, spider sacs, and turds the builder hid in your walls). Having a dryer counteracts a major reason for having a properly-sealed house. If you recall (and why would you?), I wrote a ranting post way back in 2011 about dryers called "The appliance from hell: The lowly dryer". This new dryer is a game changer.

Voglewede announced that Whirlpool launched a ventless dryer in the US six months ago that not only doesn't blow but uses 70 percent less energy than a conventional dryer (dryers tend to use twice as much energy as refrigerators). As is often the case with new tech, the machine has gotten mixed reviews at the Whirlpool site (props to Wp for leaving the one-star reviews up). According to the reviews, there appears to be a design flaw in the filters that reveals itself after half a year or so. And new tech tends to cost more (this machine runs about $1,000 retail). Given that we had to shitcan a horribly expensive cutting-edge energy-efficient Whirlpool refrigerator weeks after the one-year warranty wheezed out, we'll prolly wait until they work out the bugs on this unit (or, given the fridge experience, buy someone else's). Nonetheless, this is exciting news! 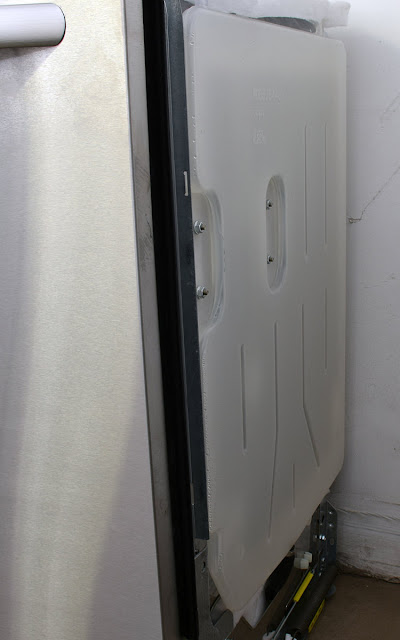 water storage tank on the back of dishwasher (source)

Modern dishwashers are amazingly efficient. Studies show that the latest dishwashers use 17 times less water than hand washing, about 3 gallons per cycle. On the latest dishwasher tech front, the Europeans get all the cool stuff: Voglewede described units that recycle water, storing it in the walls of the unit (which then act as noise and heat insulation), futher reducing water use. At some point, we'll see these units here in the US (some units here already recycle some of the water, saving the last rinse for the first rinse of the next load).

A surprising set of statistics he shared is that dishwashers are installed in only 25 percent of multifamily units (apartments) and less than 70 percent of single-family homes. Having a dishwasher could save 5,000 gallons per housing unit per year. 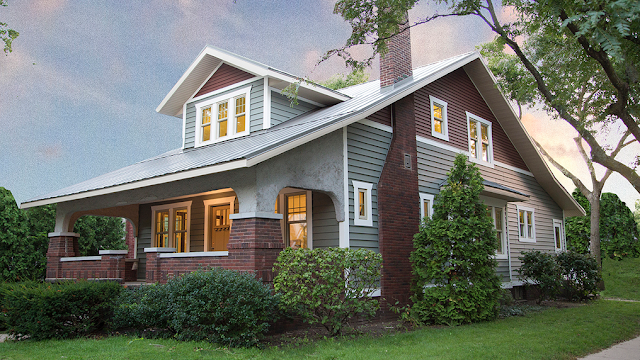 Voglewede said that Whirlpool is thinking outside the box by trying to achieve net-zero for their appliances (if not neg-zero). Since the 70s, washing machines use about 80 percent less energy and 73 percent less water. Modern refrigerators use less energy than a single incandescent lightbulb (with newer, more efficient models using the power of a single LED bulb [hopefully they last for more than a year...]). Along those lines, Whirlpool has a test house in Indiana called the ReNEWW House, a bungalow retrofitted to achieve net zero energy, water, and waste. The family living in the house reduced per capita water use from 91 to 34 gallons per day, is net zero on power and water (there's a rainwater system), and is 93 percent waste free. To further decrease waste, Whirlpool has designed an in-home food recycler called ZERA that can even compost bones (serial killers take note).


Being a water guy, my ears perked when Voglewede said that, with population growth, our water bills will exceed our electricity bills by 2025 (I imagine that this is averaged over the entirety of the US). That's a pretty good incentive to save water. In our house, with per capita use less than 30 gallons per day, our water last year cost $202 while our electricity cost $1,070 (up from $713 the year before due in large part, methinks, to having an electric car [oooo: I smell a future post?]).

There were other cool talks at the event (which I will probably write about in a different blog), but this one (literally) brought it home.