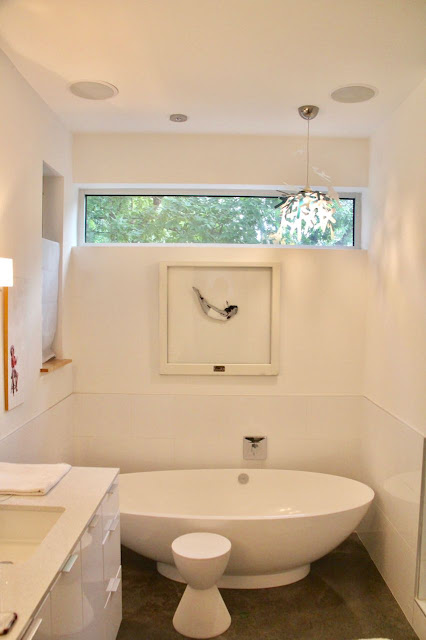 We've made several art acquisitions over the past few months, including the one above that we placed in the master bathroom. We'd been thinking of placing something arty over the tub, but it's a difficult location (bathroom over a tub). We went to the art show below (we already caretake several pieces by Dave Lowell, a local stencil graffiti artist) and saw this spray painted 1950s-era diving lady on a windowpane--absolutely perfect in that we love the imagery and it's (ahem) bathroom friendly! 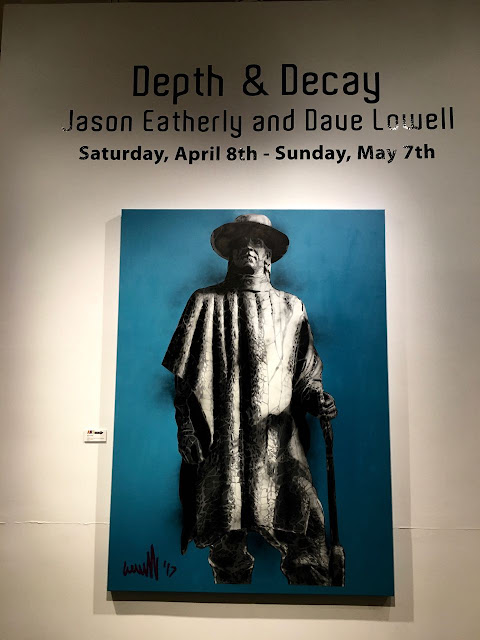 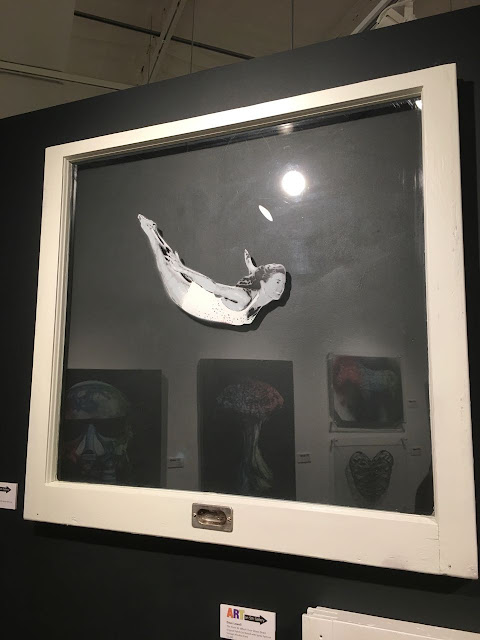 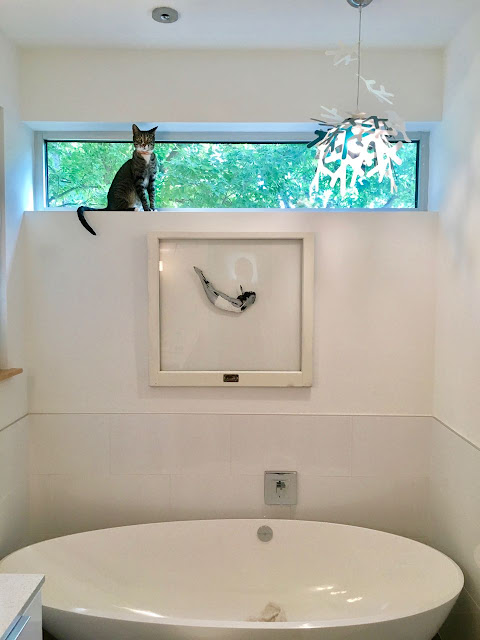 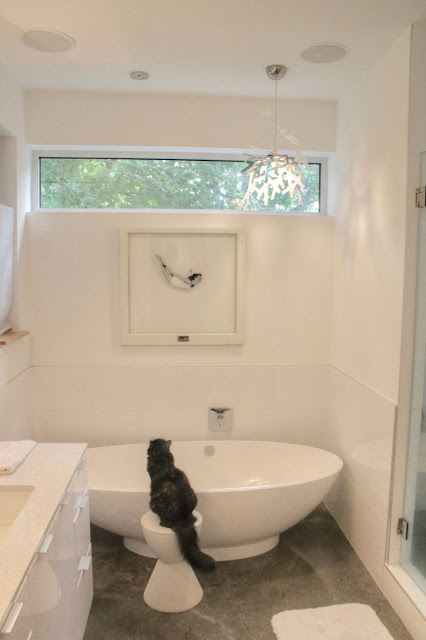 Also picked up this signed print by Sarah Joncas called "Aegean Sisters", maybe for the cabin: 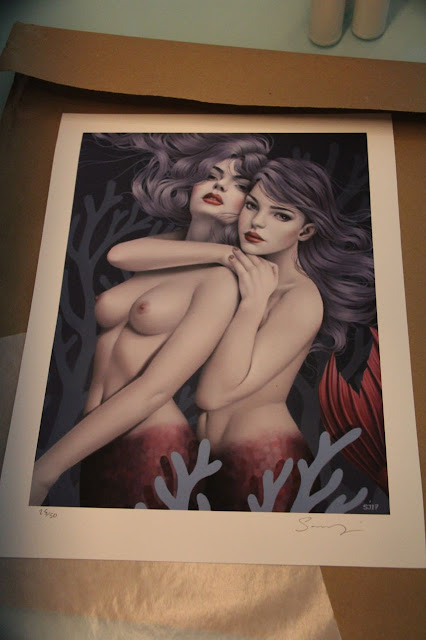 I'm an old Blondie fan (my first rock concert was Duran Duran and Blondie can in 1981 in Cedar Rapids, Iowa), so I picked up my favorite Debbie Harry portrait photographed and produced by none other than Chris Stein: 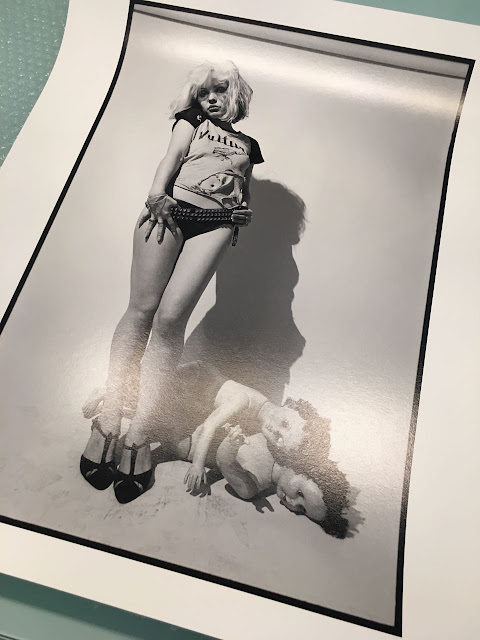 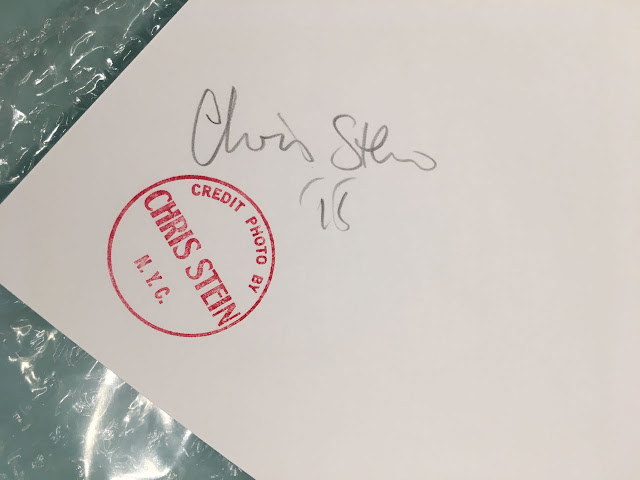 Besides being lead guitarist and co-braintrust of Blondie, Chris has long photographed life around him.

Finally, we ordered a set of Shepard Fairey's "We the People" series. We didn't get in early enough to acquire signed versions, but we love the graphics (and the message). 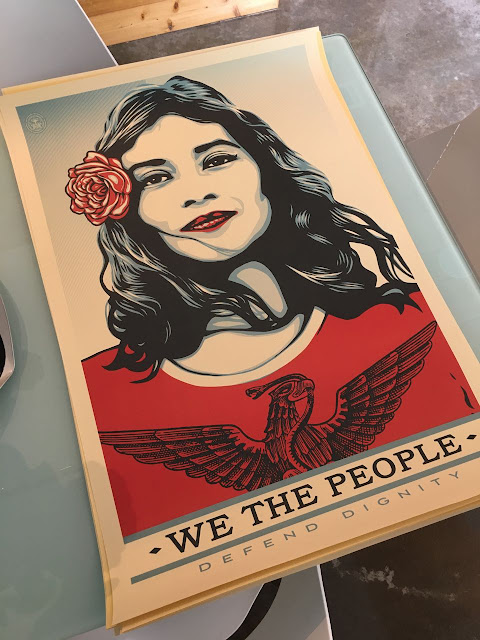 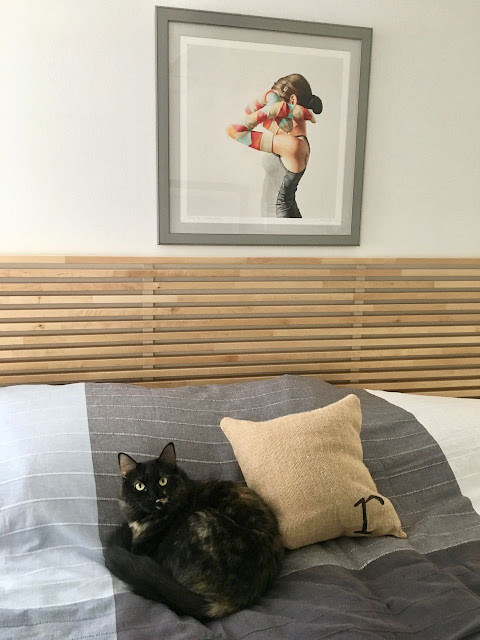 Posted by bubba of the bubbles at 7:30 AM

Email ThisBlogThis!Share to TwitterShare to FacebookShare to Pinterest
Labels: art