dancing with architecture: The Bonnie Brae in Denver, Colorado 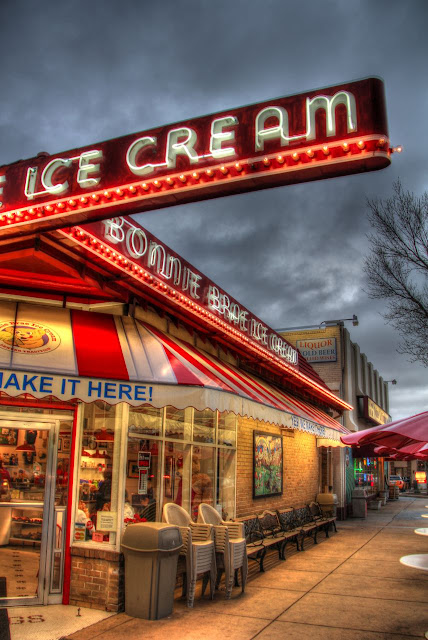 Bonnie Brae is a quaint 1930s neighborhood near downtown Denver with several fabulous Streamline Moderne, including perhaps the coolest one I've ever seen. (side note: Online lit on the Brae call these houses International Style. Nope, nope, and nope. While clearly influenced by Le Corbusier and his writings, as was Art Deco archtecture as a whole, these are definitely not International Style). After Saco Rienk de Boer designed a street and park system for the neighborhood in the 1920s, houses began to spring up in the early 1920s.


The houses to see are all conveniently along Bonnie Brae. Afterwards, you duck into the Bonnie Brae Tavern (1934, worth a stop) and then walk across the street for some homemade Bonnie Brae Ice Cream (sadly I had to rush to the airport before partaking in the creamery's wares).

Onto the coolest Streamline Moderne house I've seen. The design is interesting for a couple reasons: (1) the lot is a penninsula, which means that the house nearly has a panoramic facade, and (2) the unsual use of brick as the primary construction material. 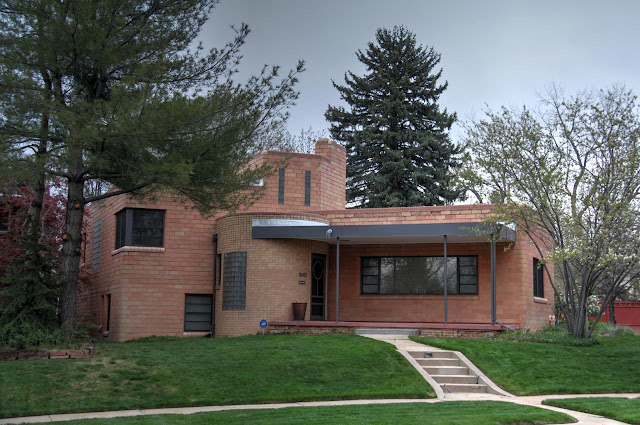 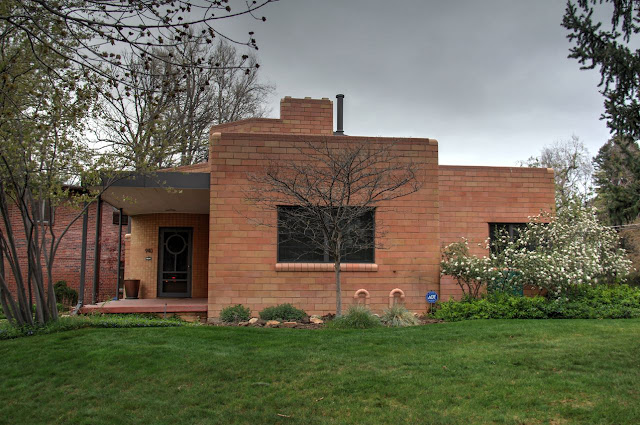 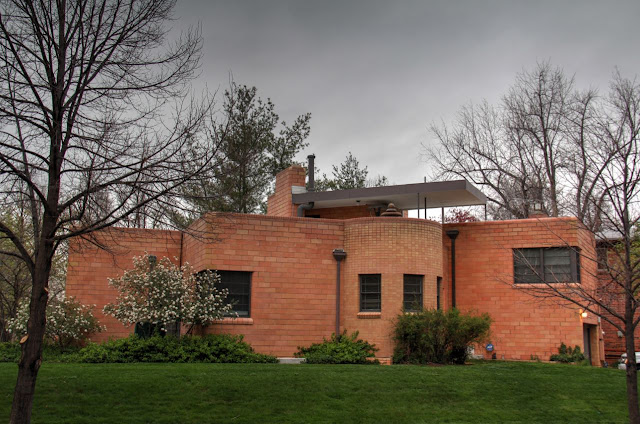 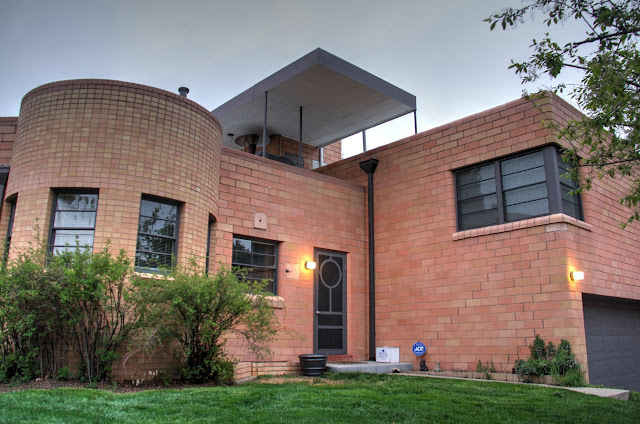 Back door. The second story canopy is stunning and extends over the back door in addition to a second story patio.


Just a couple houses down is this more traditional Streamline Moderne beauty: 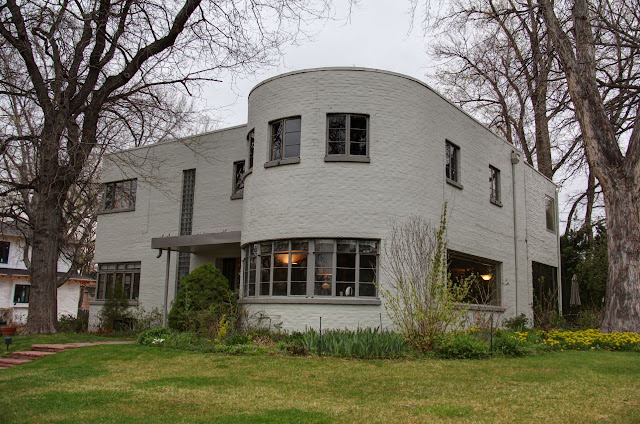 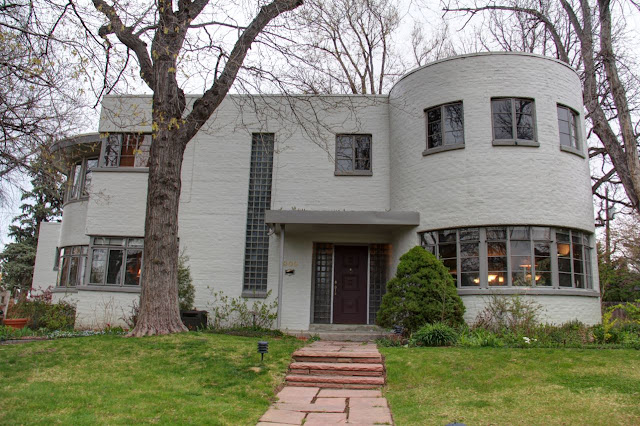 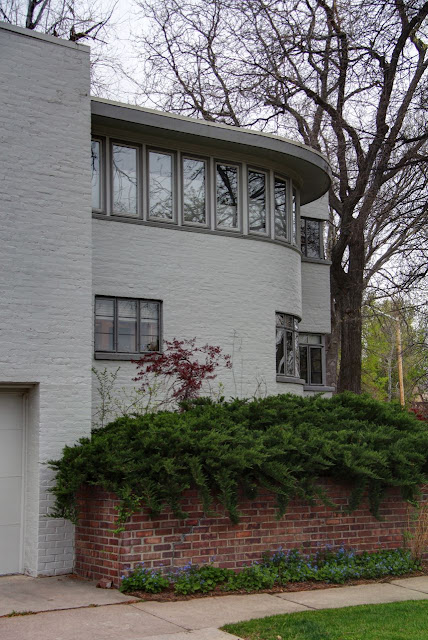 Across the street is this baby: 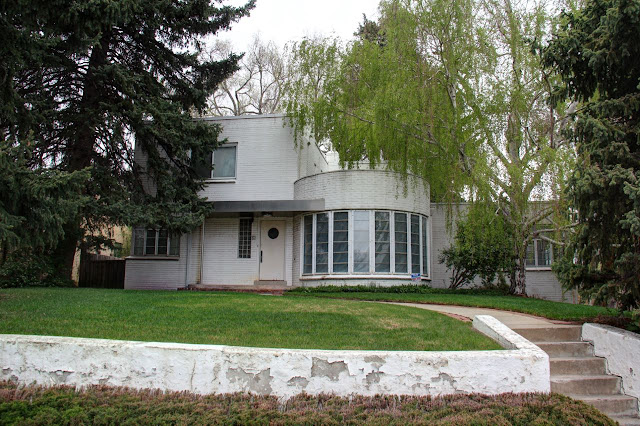 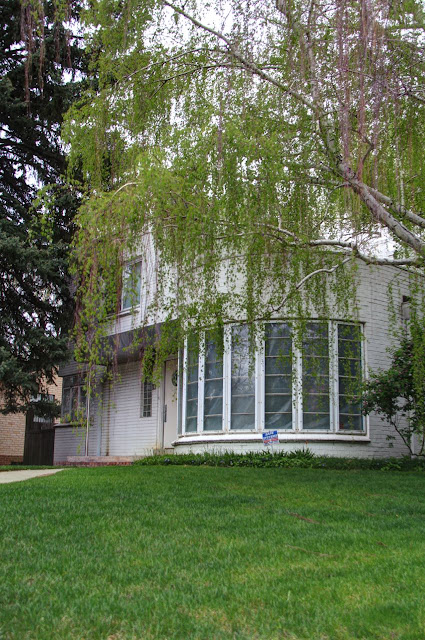 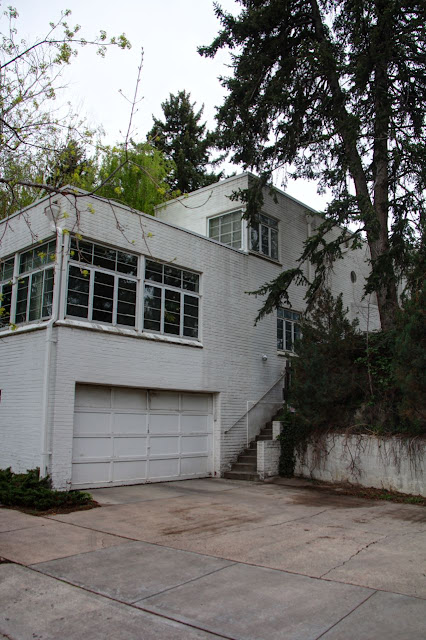 Up the street a bit are these two. The first has a couple ill-advised additions to it: 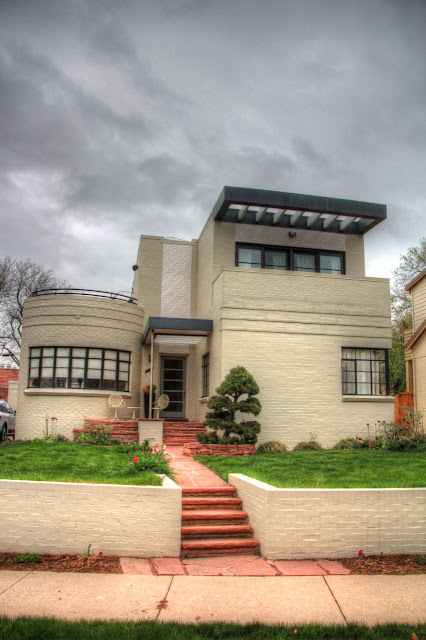 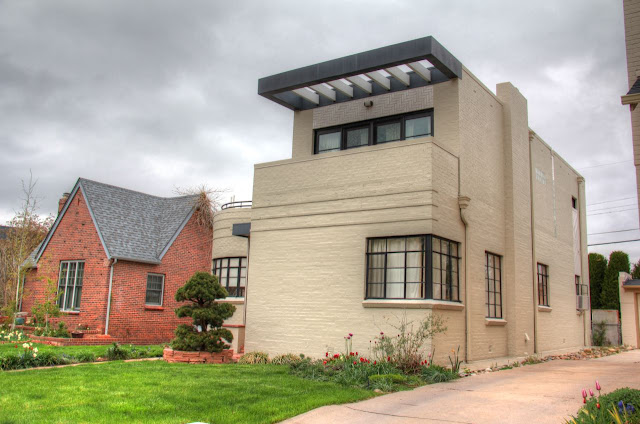 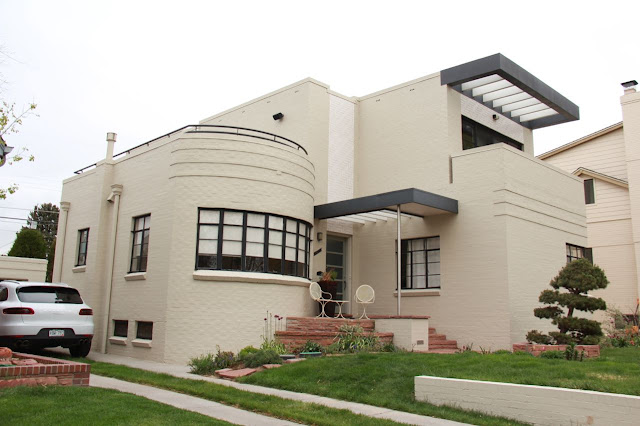 And then this gorgeously restored beauty. Echos of South Beach with the corner lines painted to stand out: 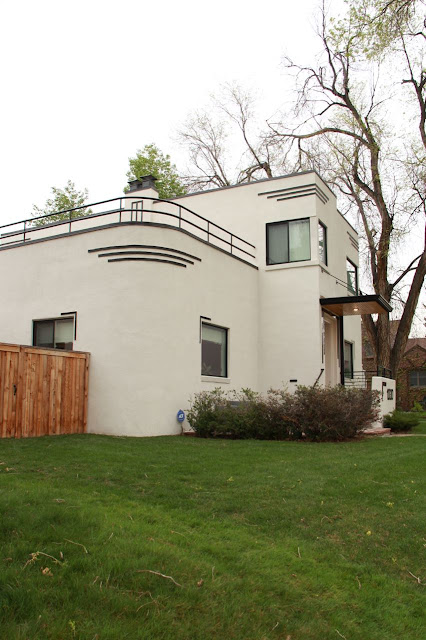 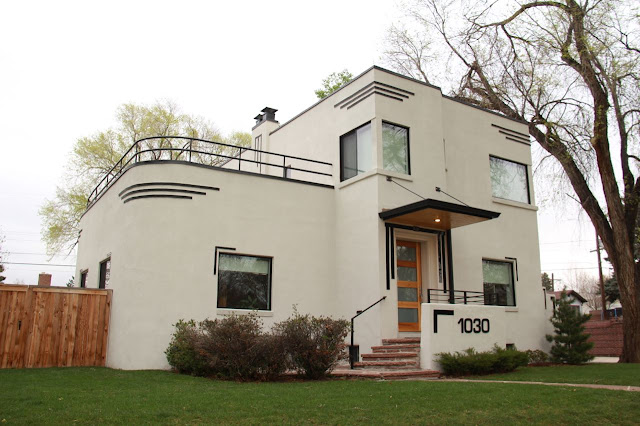 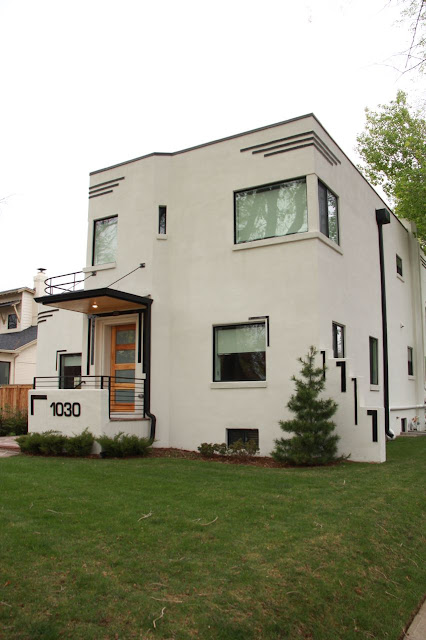 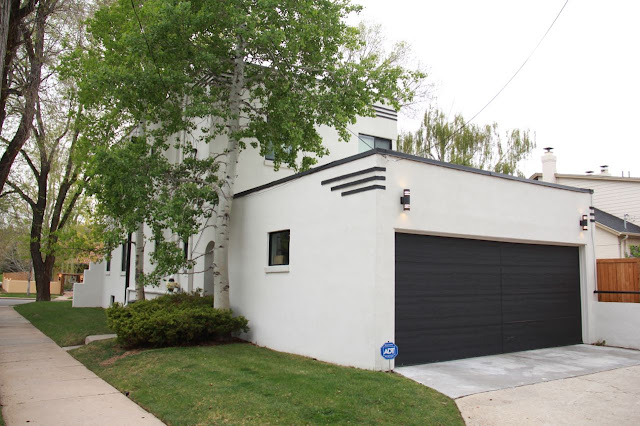 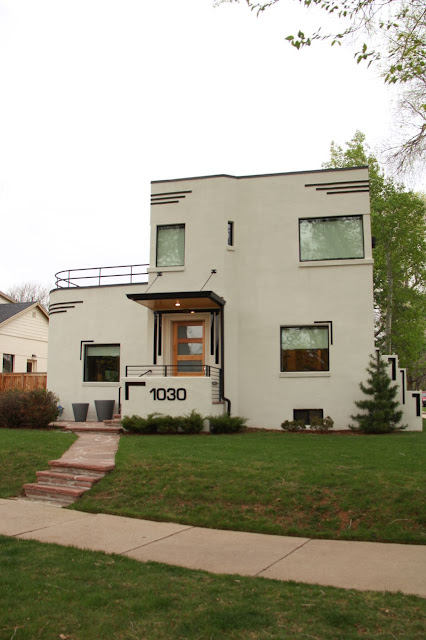 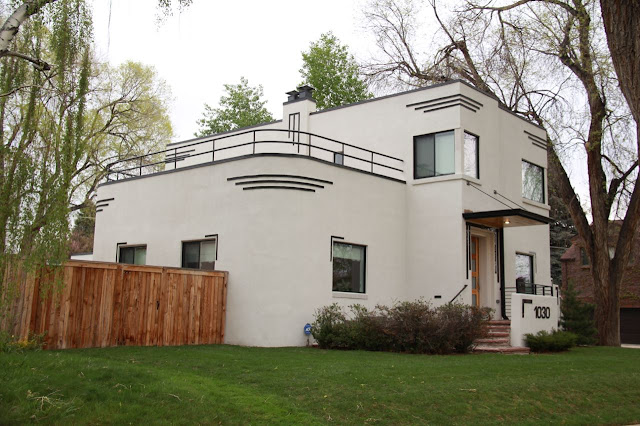 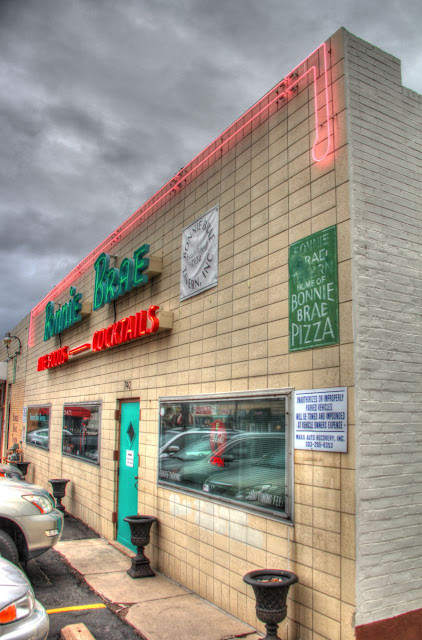