A Harwell Hamilton Harris in Austin 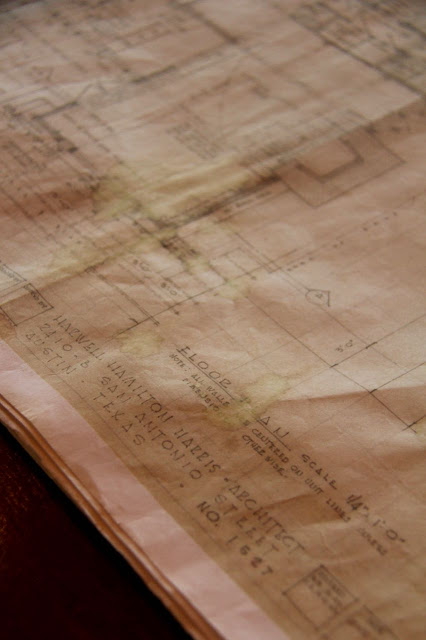 Last Sunday there was an open house of Harwell Hamilton Harris's Barrow House here in Austin. The open house was for architecture aficionados to admire the structure but also to possibly sell the place since it's on the market. We're fortunate to have Brian Linder of The Value of Architecture in town to list these properties and highlight the architectural history of them, hopefully reducing the chances of losing these places to bulldozers or modifications. Brian is interesting in his own right because he has an M.S. in architecture and is, in fact, a licensed architect. He knows what he's talking about and clearly loves these places.

Harwell Hamilton Harris came to Texas from the California crucible of Wright, Neutra, and Schindler  to become the first Dean of Architecture at The University of Texas at Austin from 1952 to 1955. While in Austin he designed two buildings, the Cranfill-Beacham Apartments (1958) and this house, the Barrow Residence (1955). According to Brian, Harris landed this commission through one of his students, whose parents were looking to build a house on this lot. Later, the student expanded the house toward the back for his parents.

It's a modestly sized place, even with the later expansion. It's most interesting features are the roof extensions of the rafters which serve as an expression of the underlying structure. Also interesting are  the geometries of the back living room when observed from the outside. Harris's work generally has a Japanese feel to it, and this house is no different. The student's extension fits the house well as a wood and glass box, almost as an organic architect's answer to Mies van der Rohe's steel and glass box.

And here's a little more about the history of the house. 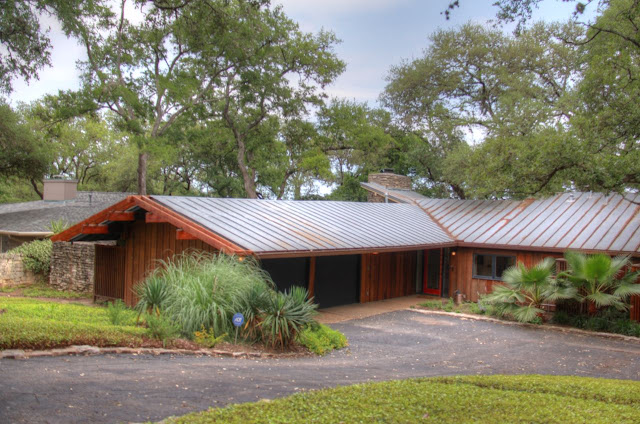 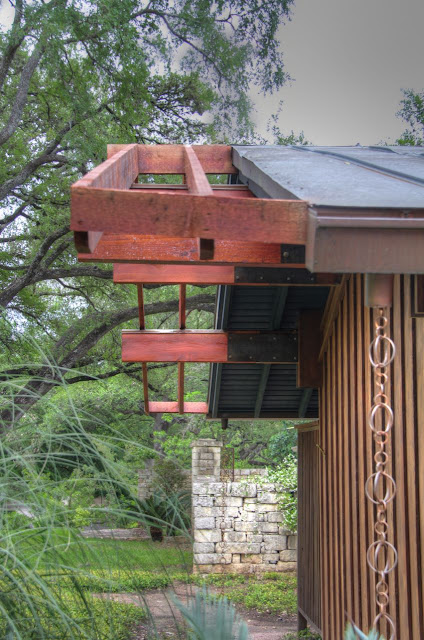 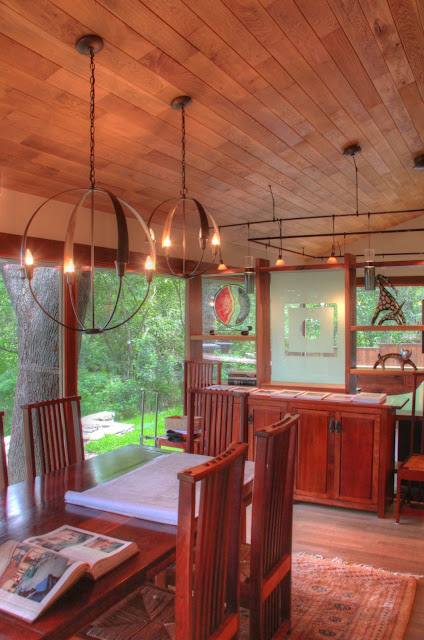 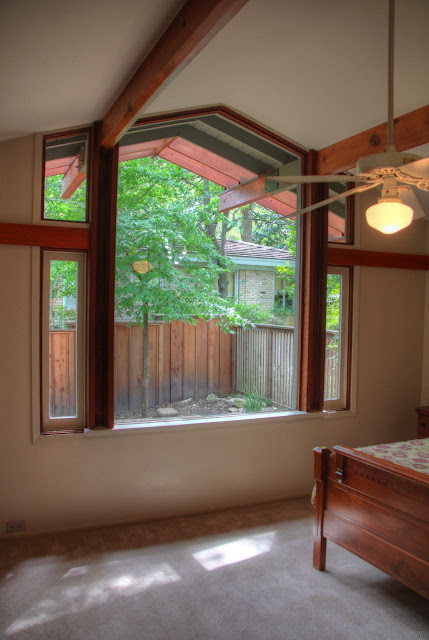 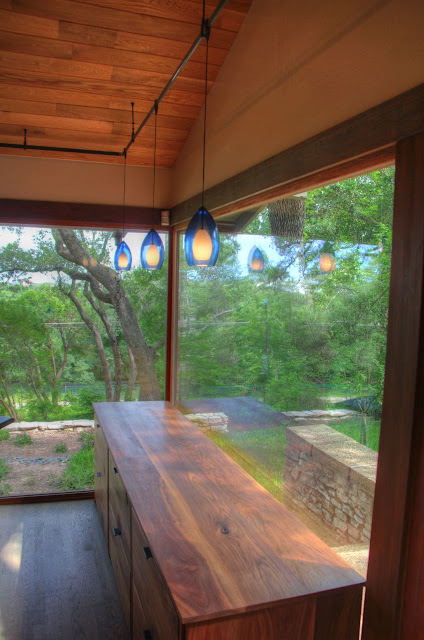 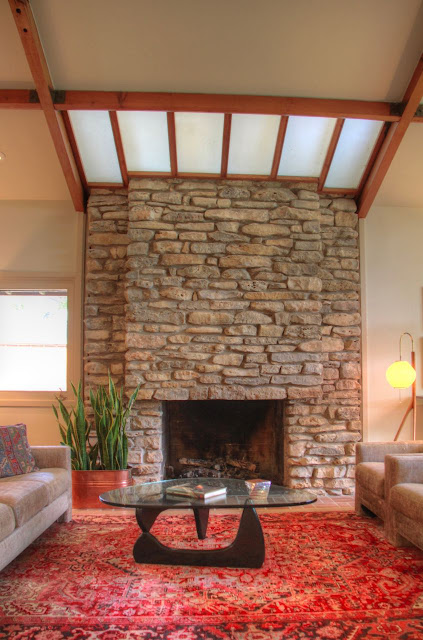 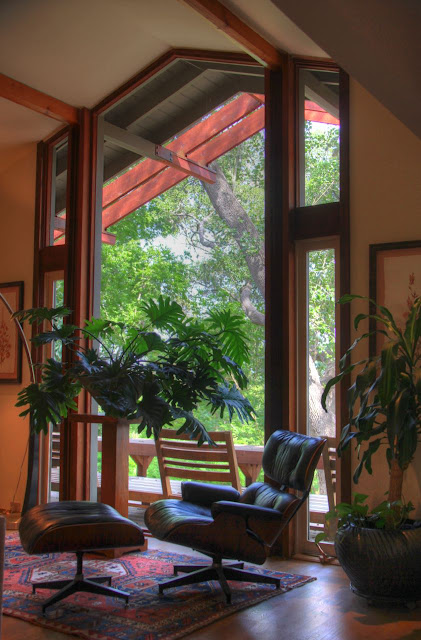 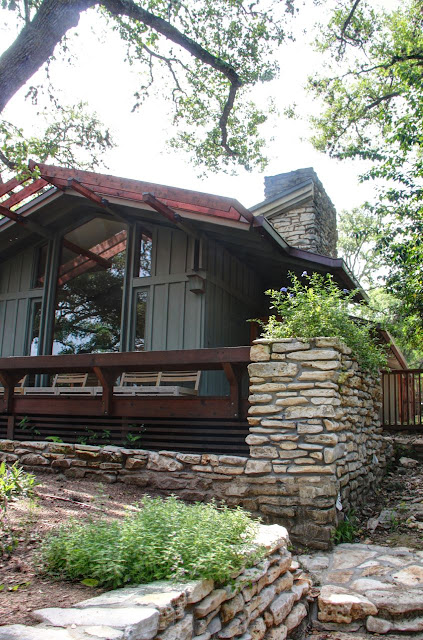 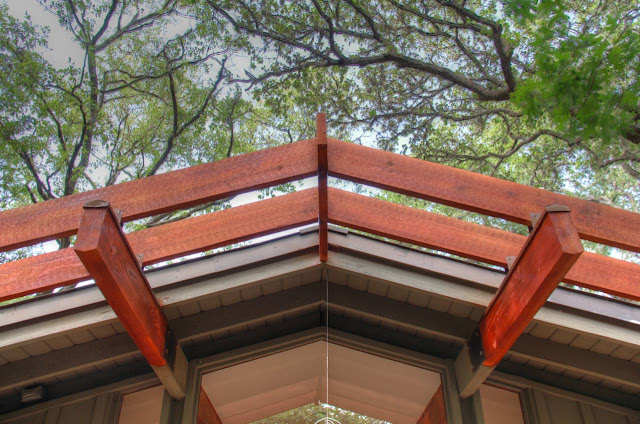 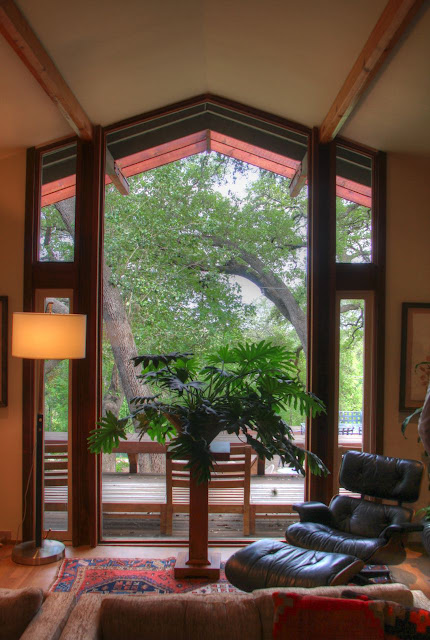 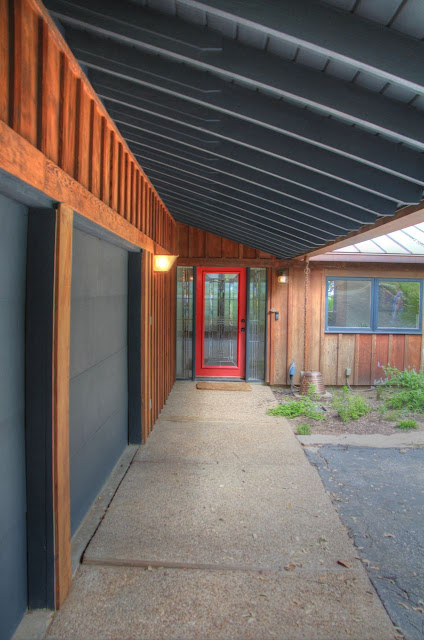 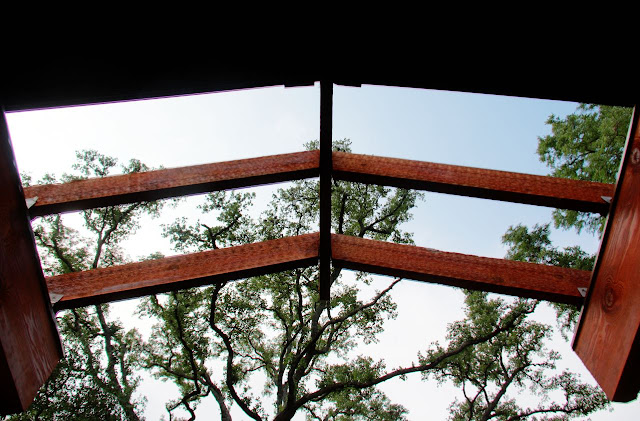 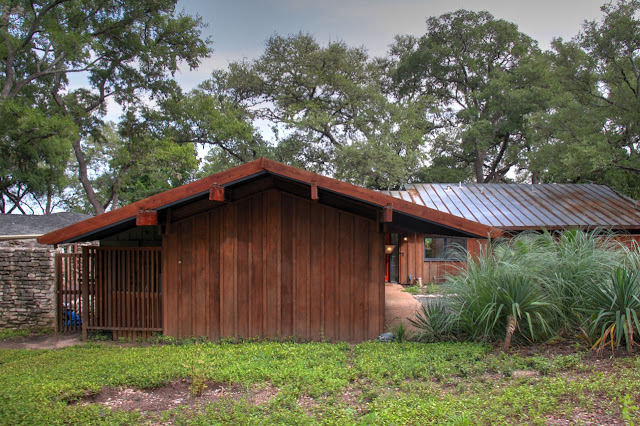 Posted by bubba of the bubbles at 3:39 PM