one brutal cup of joe 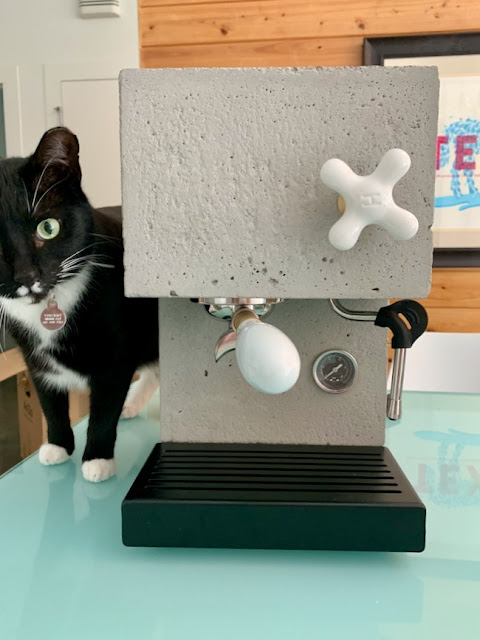 AnZa is the result of a design studio (studio montaag) and an espresso repair shop sharing the same space in Berkeley, California. Combining design chops with the engineering expertise resulted in a beautiful Brutalist prototype I first saw in 2017 at designboom. I loved it but wasn't obsessed. However, that baby-Brute was always there, percolating in the background. Unbeknownst to me, AnZa progressed to a Kickstarter project and then a production model. Suddenly, a couple of weeks ago, a production model popped up in one of the design blogs I peruse. "Honey," I asked the honey, weakened by tequila, "What do you think?"

About a week later, the AnZa arrived. Holy crap that thing is piss-off-the-UPS-driver heavy, clocking in at 48 pounds! After carefully pulling it out of its careful packaging, my first thought was, "Dang: this thing is HUGE!" The AnZa's main body is about 15.5 inches tall, about 13.5 inches deep, and about 10 inches wide. My second thought was, "Dang: this thing is NICE!" High-quality materials abound, including concrete, Corian, glass, porcelain, brass, and powdercoated steel. The only material disappointment was the coffee scoop and tamper, both lightweight plastic.

I have to confess that I had a pang of buyer's remorse at the size, the cleanness of the concrete (the prototype was triumphantly harsher in appearance), as well as the cuteness of the baby-blue FrancisFrancis! which has been so perfect on the countertop (but also long out of production). However, after pulling my first shot and frothing my first milk, the remorse vanished: the AnZa is the real espresso deal. Well-designed and well-made, preparing a latte with this hunk of concrete is like slicing warm butter. Easy and warmly satisfying.

Once you flip the AnZa on, it has an LED in the overhang above the pressure gage that smoothly pulses as it heats up. The LED stops pulsing as it reaches the actionable temperature. In this way, the light cleverly acts as an indicator as well as a light for the deck. After pulling a shot and flipping the switch for steam, the light pulses again until you reach the proper temperature. Frothing milk with the Francis!Francis! was always kind of a pain in the glass, but it's easy-peasy with the AnZa. And the smooth profile for the steaming wand makes for easy-peasy cleaning as well, unlike the nook-and-cranny tip for the Francis. If you need hot water for tea (or are making an Americano), there's a hot water function.

Good espresso machines are expensive, and the AnZa is no different, coming in at about $1,200 plus an additional hunny to ship it. But if you're design-conscious and looking for a great latte, AnZa may be your savior. If concrete is not your thing, Anza makes a white Corian version accented with brass and wood. 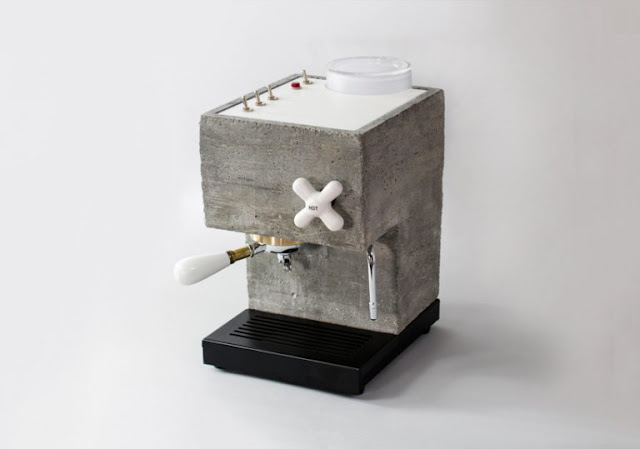 The harsher prototype (from designboom) 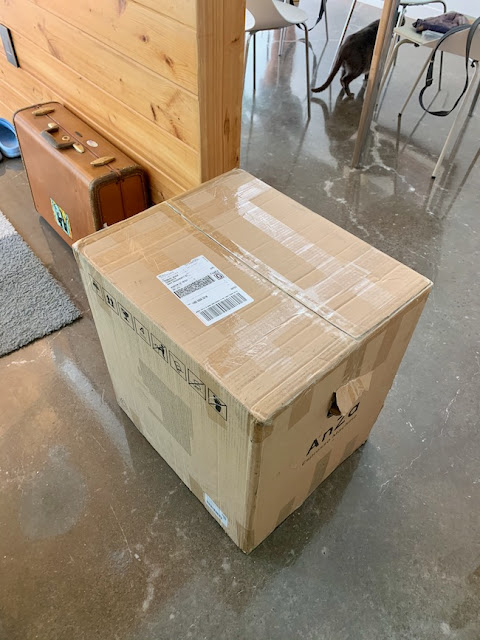 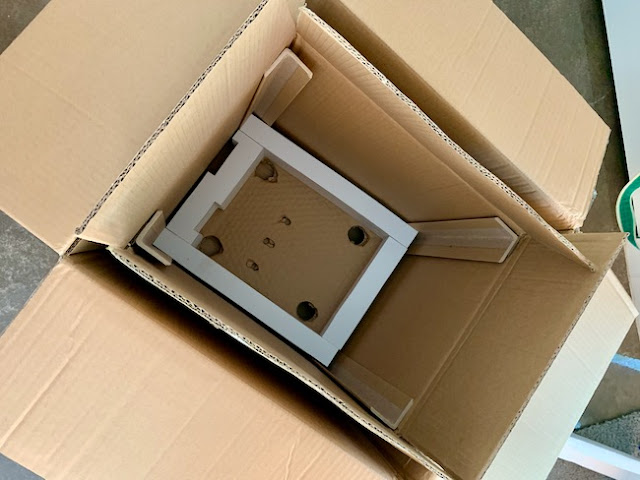 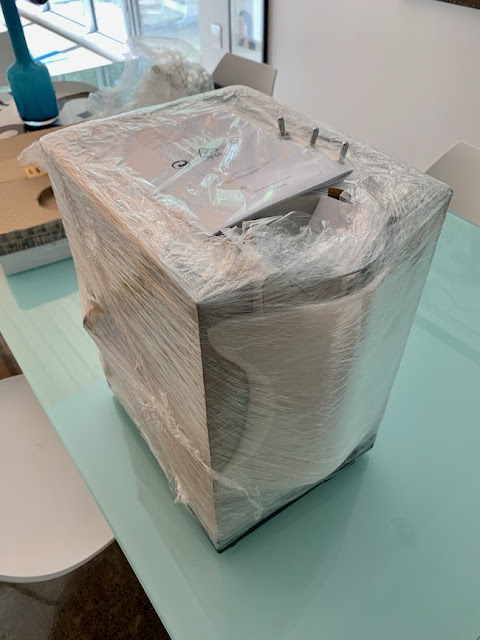 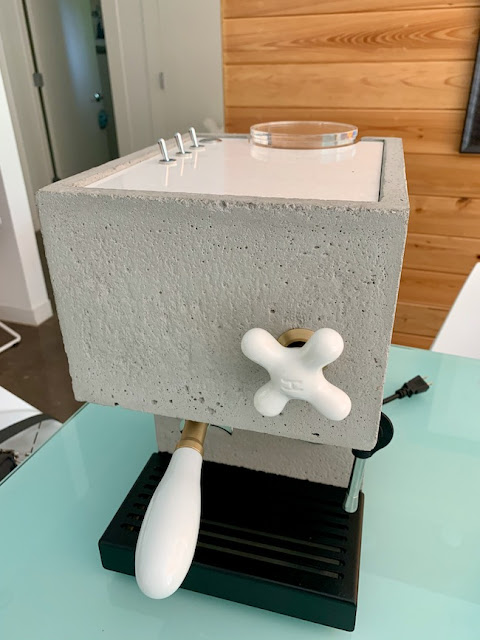 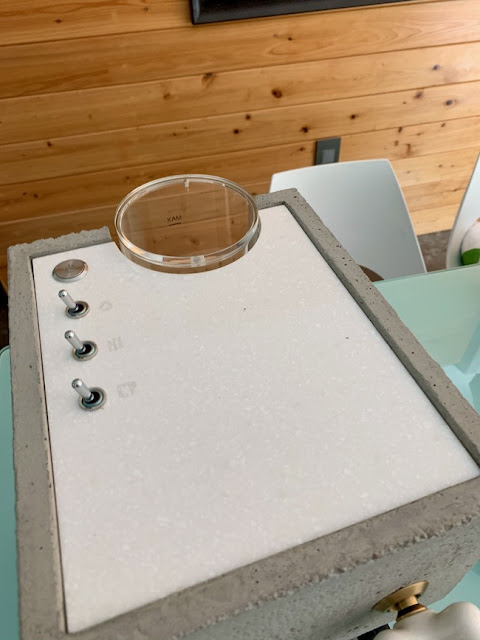 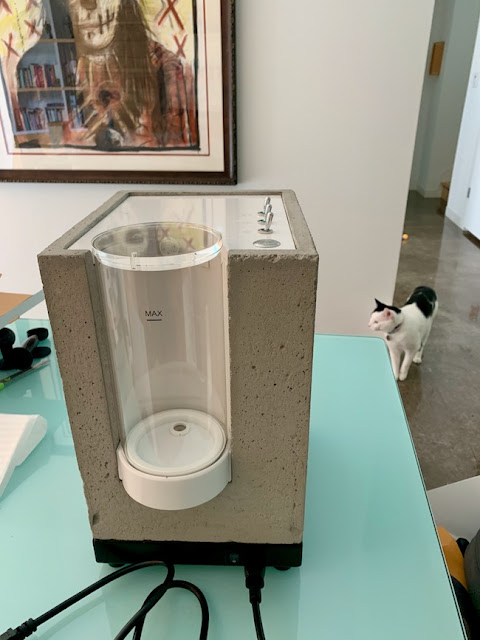 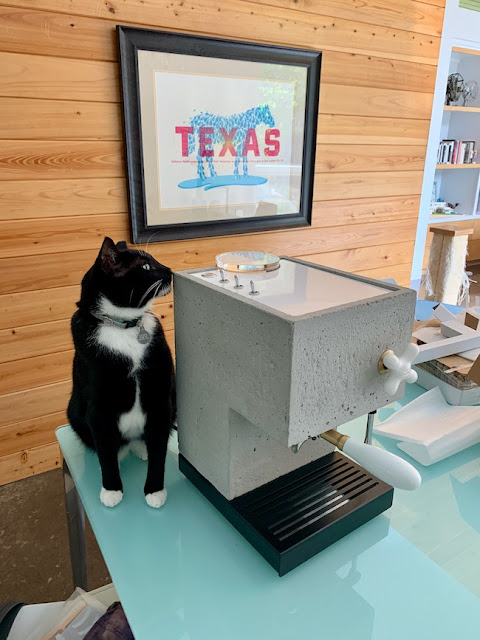 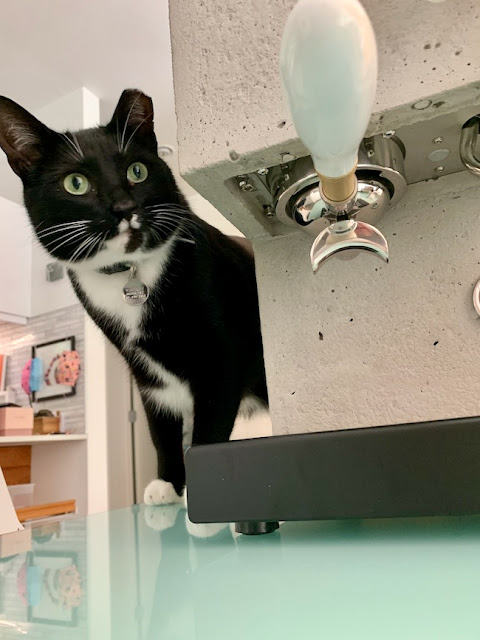 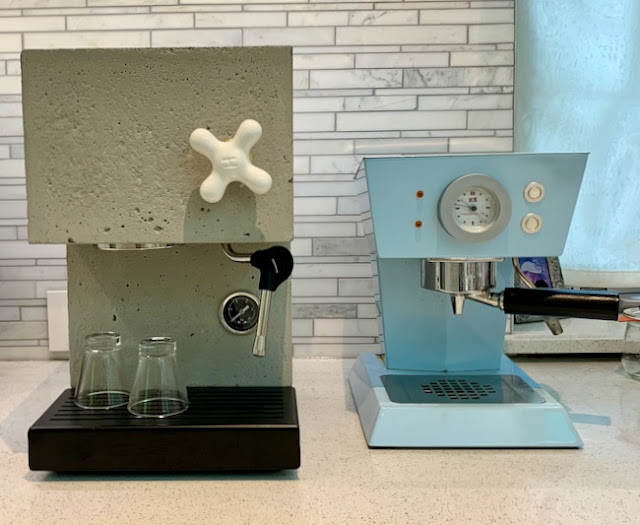 Posted by bubba of the bubbles at 5:36 PM