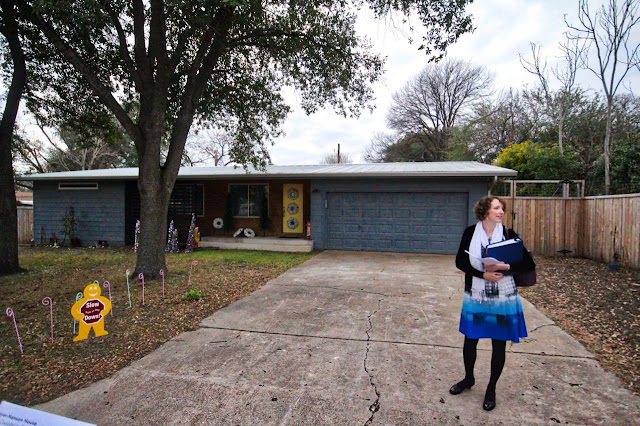 Last weekend I attended a rather awesome event hosted by midtexmod concerning the history of a small collection of homes down the street from our house where architects, builders, and social scientists experimented with air conditioning. Remarkedly, the two presenters (both Lizs) had studied, in one case, air-conditioning for her masters degree and, on the other case, studied the development itself for her masters degree. The developmetn was known as the Air-Conditioned Village.

Some interesting tidbits I learned from Elizabeth Porterfield:

and some interesting things I learned from Elizabeth Brummett:
As described in this 1954 article in House and Home, the builders experimented with a number of technologies, including radiant barriers, white roofs, shading, fully vented gables, attic fans, and new kinds of insulation. Folks learned a lot from the development that helped to introduce air-conditioning as a requirement for southern homes instead of a novelty (Here's the post-audit). 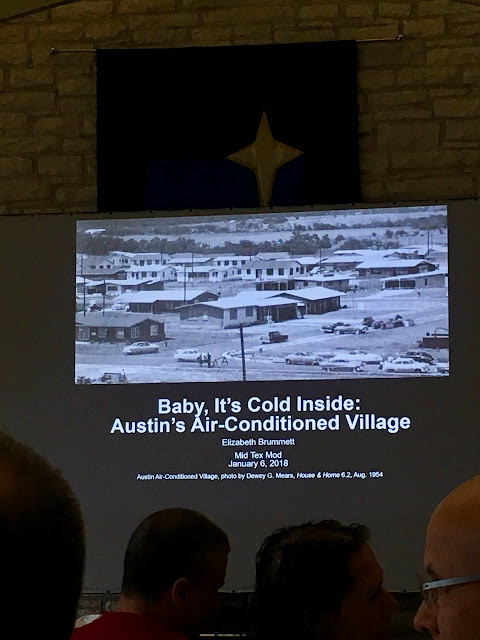 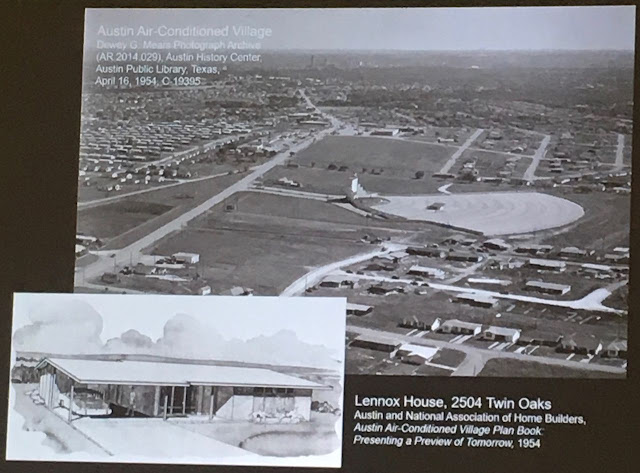 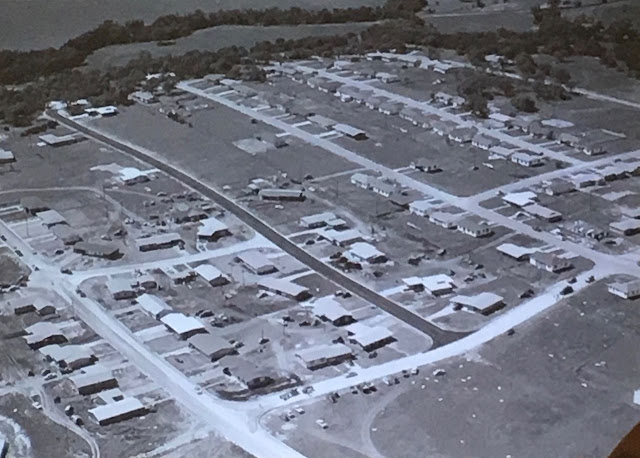 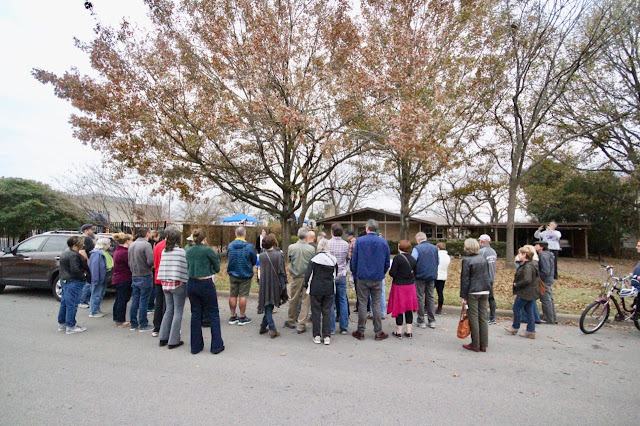 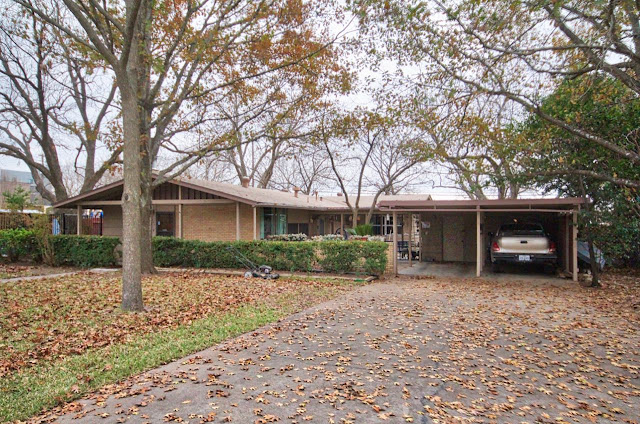 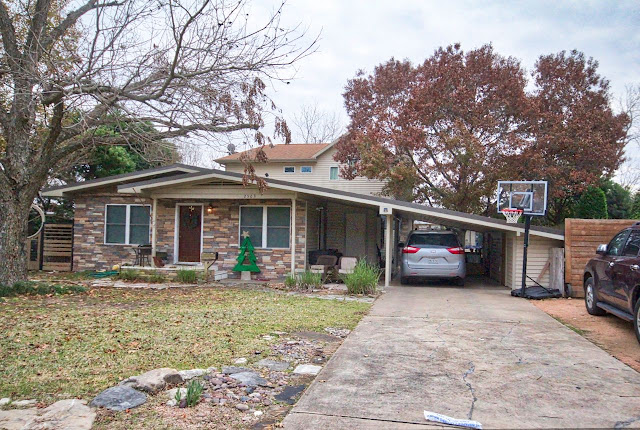 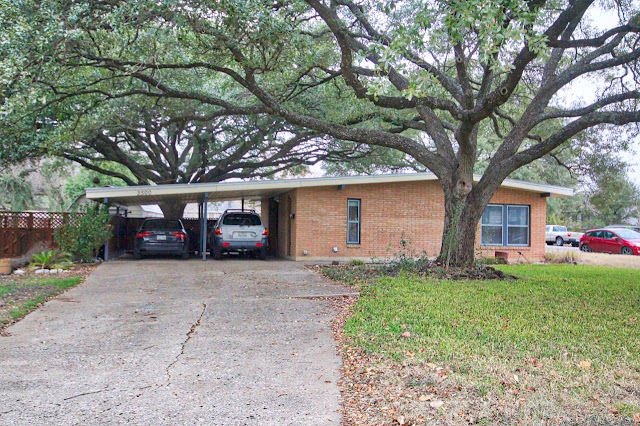 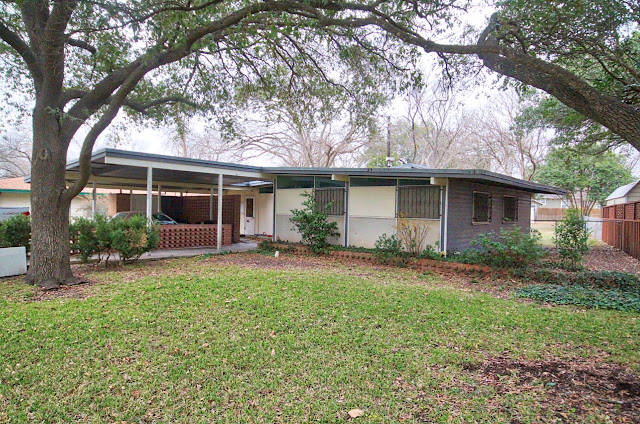 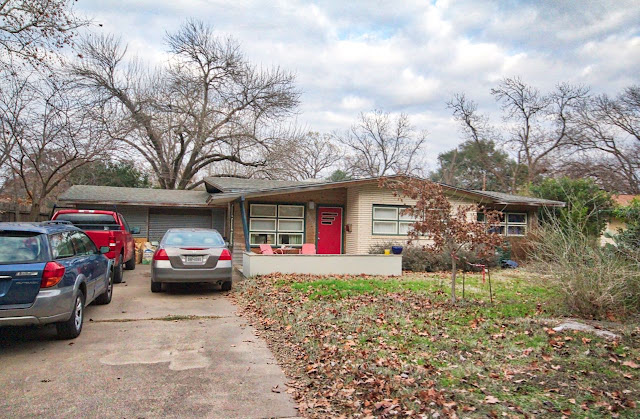 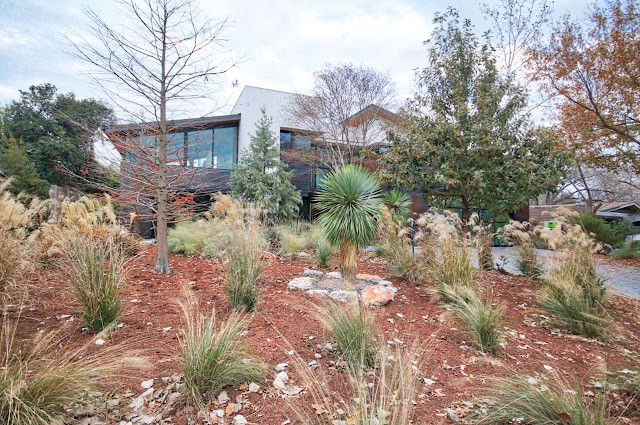 There used to be a village house here... 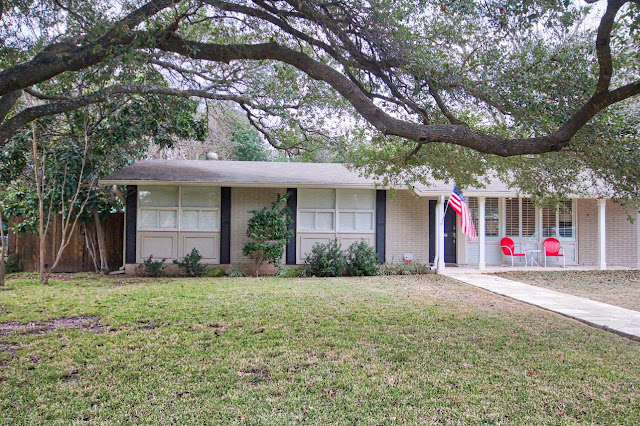 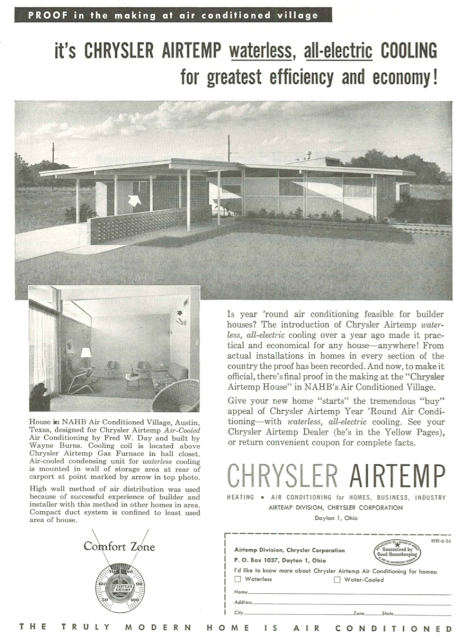 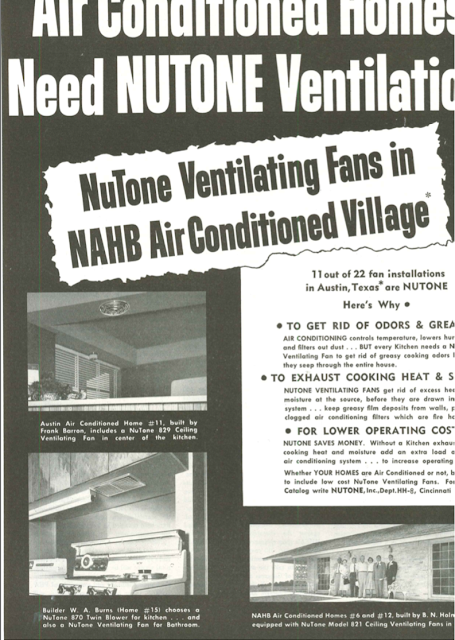 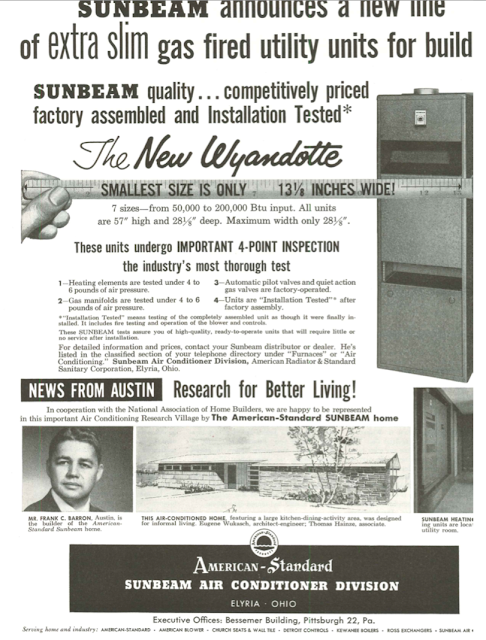 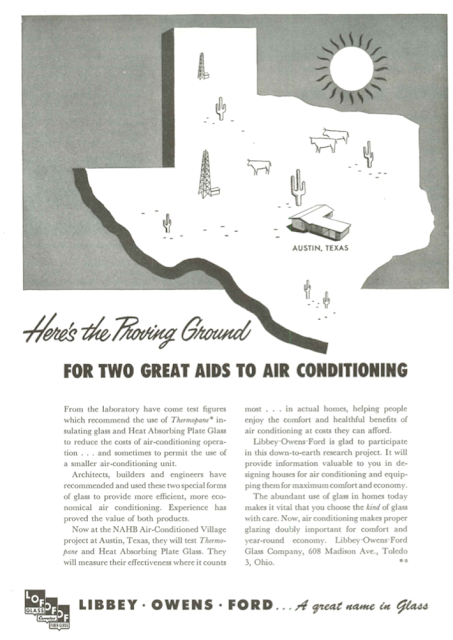 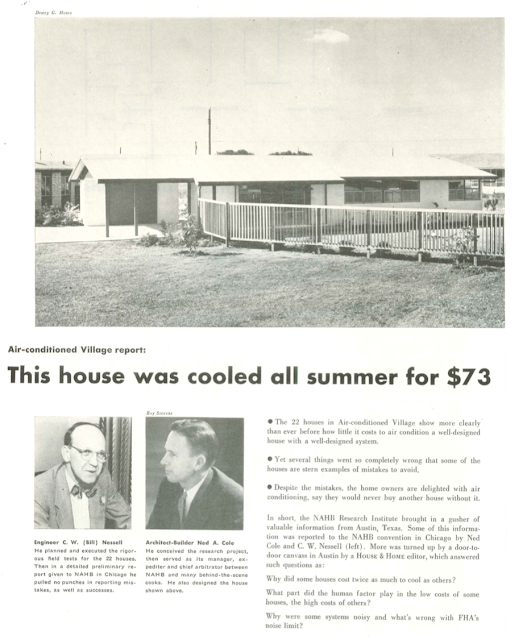 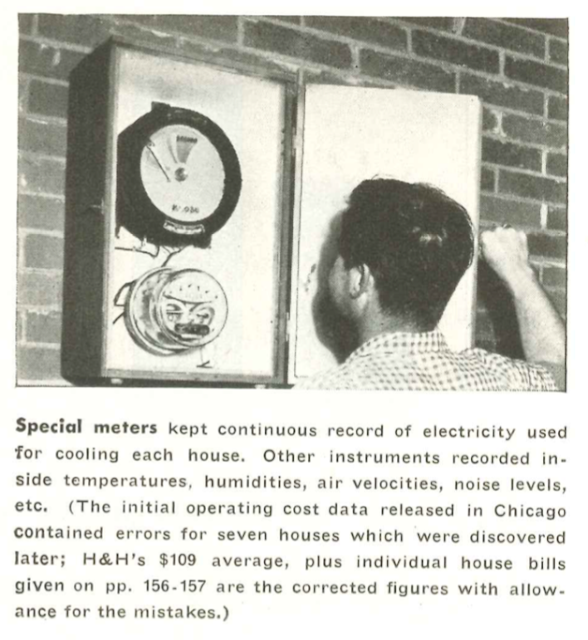 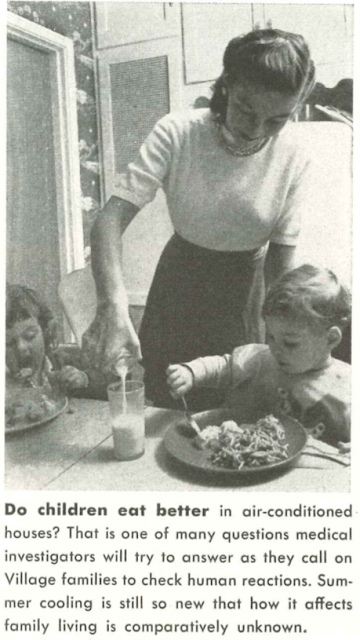 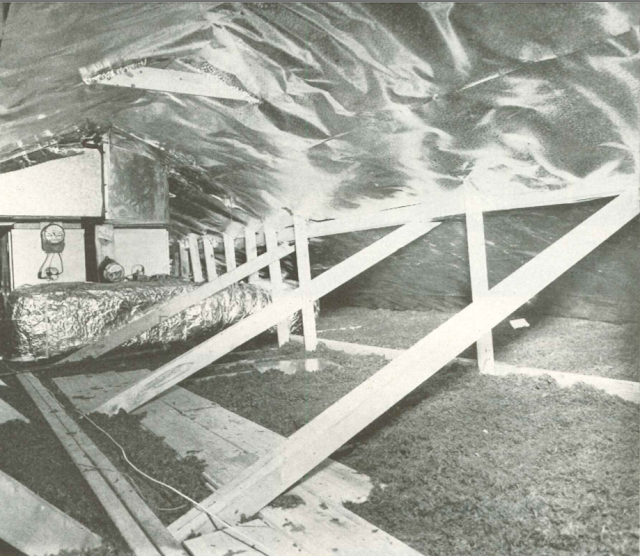 Posted by bubba of the bubbles at 9:52 AM