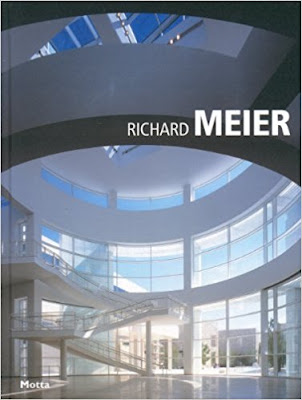 whiter than flat white
and more Corbu than Corbu
jewels on the landscape...

This is a whisper of a book about our favorite living Modern architect I picked up at Half Price. And even if he wasn't living, he would still be among our favorites. Back when the megalotto approached a billion dollars, we both agreed that commissioning Mr. Meier to design a house for us would be high on our list of splurging.

This book serves as a good introduction to Meier; a taster that will lead to finding the main course. The book has a somewhat brief introduction with photos of some of his works.

Not surprisingly, Meier was born to Germans. He received a degree from Cornell in 1957 and, after finishing two years of military service, toured European architecture in 1959. Upon visiting the Weissenhoff Estate in Stuttgart, he became enamored with the original manifestations of Modernism, particularly those of Le Corbusier. Meier then hightailed it to Paris to seek a position in Corbusier's studio. Sadly, Corbu rebuffed Meier's offer. Later, Meier was able to hold a long conversation with Corbu at the opening of the Cite Universitaire, a meeting that strongly influenced his career (despite Corbu once again rejecting his services). In Corbu's stead, Meier worked with SOM from 1959 to 1960 and with Bauhauser Marcel Breuer from 1961 to 1963 before opening his own studio in 1963.

Similar to Corbusier, Meier was a voracious painter and shared an art studio with Michael Graves. Just as Corbu infused his architecture with art, Meier concluded that "architecture is an art of substance." Although Meier is clearly influenced by Corbusier--particularly Corbu's manifesto "Towards an Architecture--Meier's designs are much different in materials and in how they engage with people and the environment. In an homage to Corbusier, Meier keeps a model of Villa Savoye in his office.

Some random photos or Meier's work, not necessarily covered in the book: 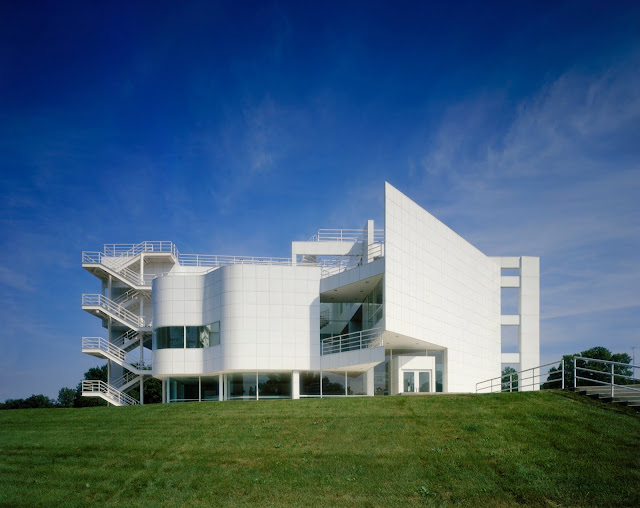 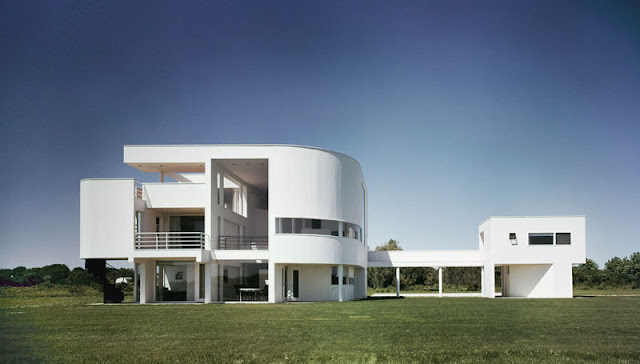 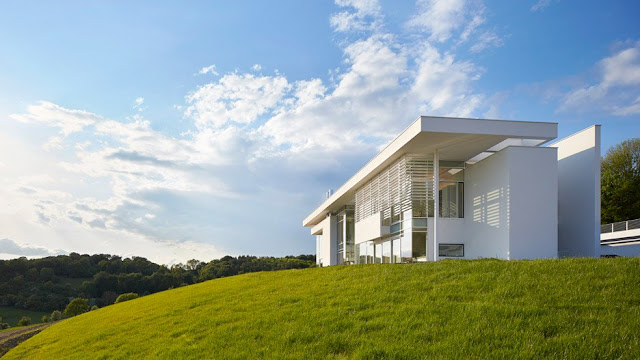 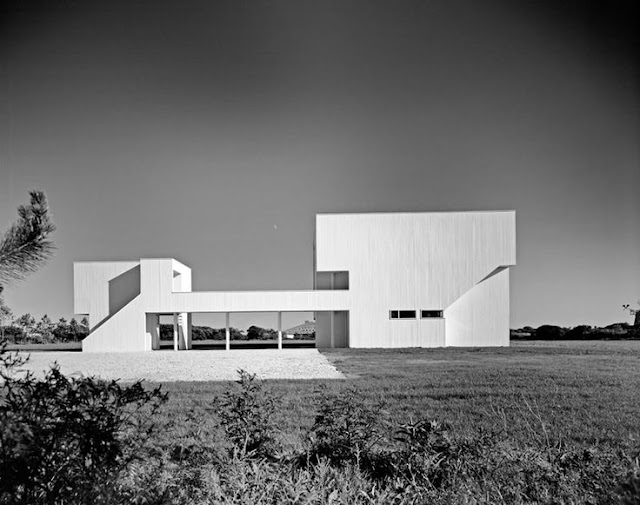 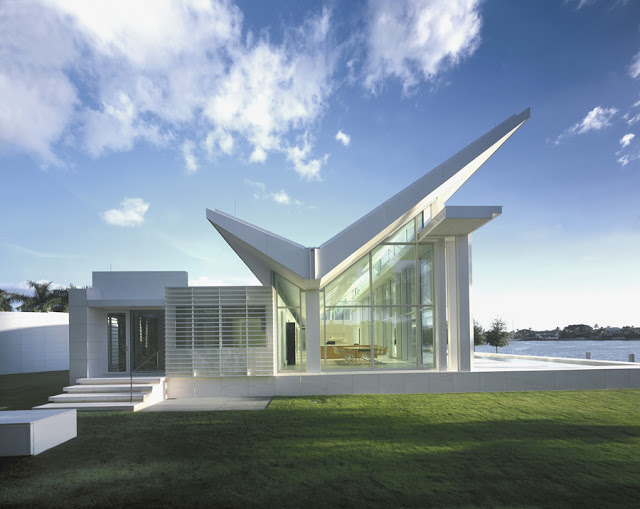 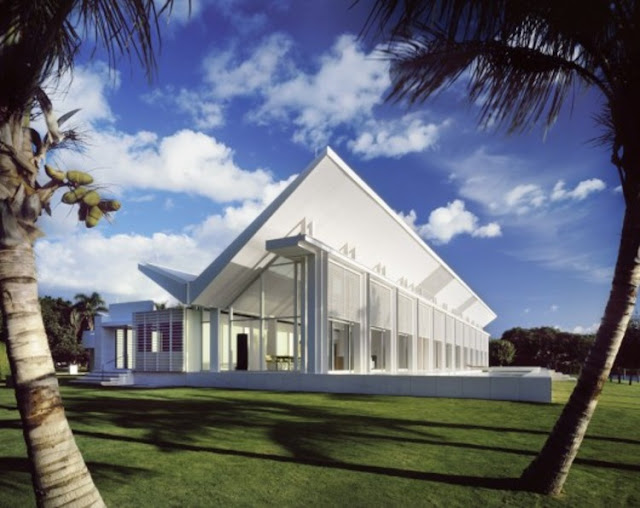 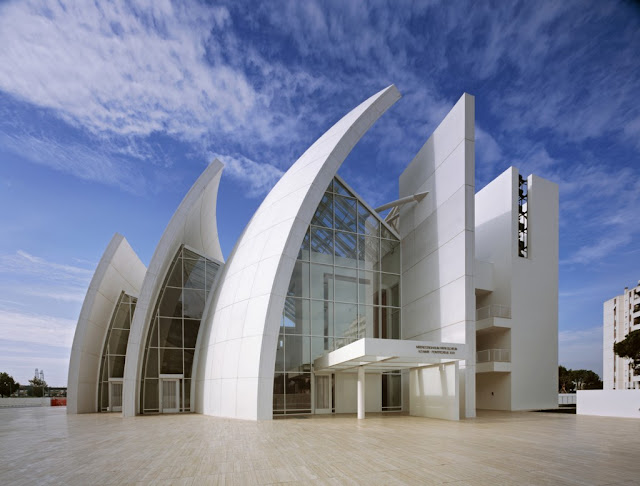 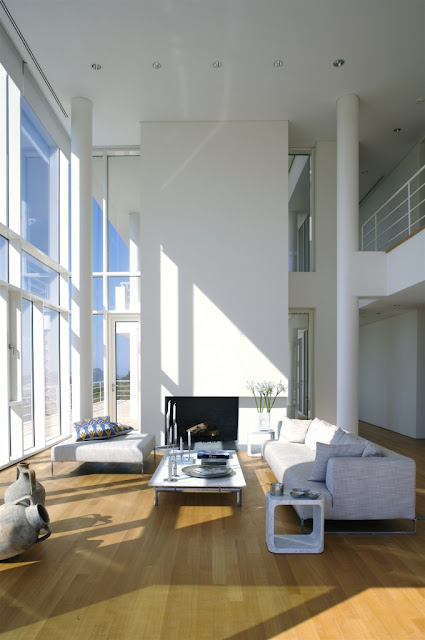 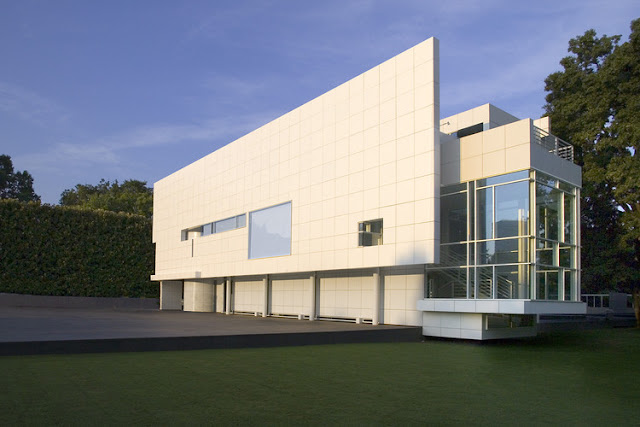 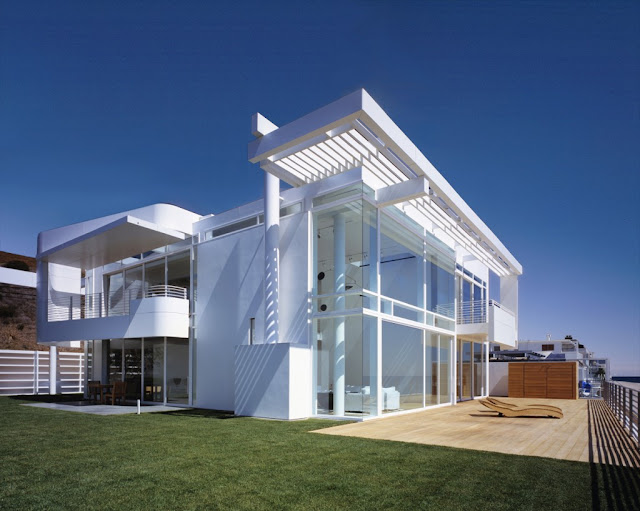