buy low, sell high (or: timing [and dumb luck] is everything) 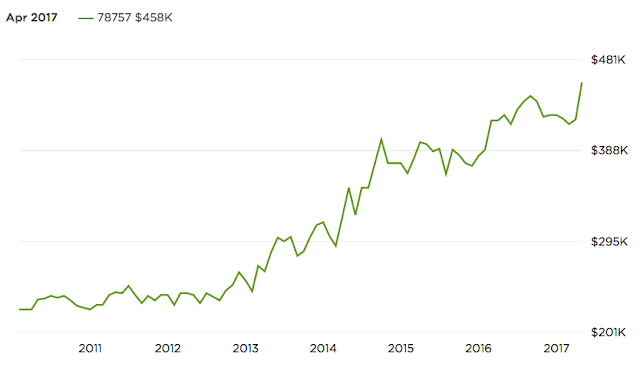 
We were fortunate, in part by evil plan and in part by dumb luck, when we built our house. We purposefully bought a lot in the dark shadow of the banking crisis hoping to get a deal (and we did). And we built while we were still in the shadow, which meant hungrier contractors (and lower costs). This all worked brilliantly, but just barely. If we had delayed construction a mere six months, we would have been dealing with a much different market.

The plot above shows the median list price in the 78757 zip code, roughly Allandale, Brentwood, and Crestview in Austin. We bought our lot in October 2010, the leftmost part of that graph. We started building in September of 2012 (right when prices started to climb) and finished in July of 2013.

Talk about good timing! As we've stated before, if we had to build our house at the end of our construction, we wouldn't have been able to afford it. Yikes!

Zillow considers our market cold, but it sure doesn't seem that way, although, according to them, price increases are slowing (that's fine by us and our property tax bill). 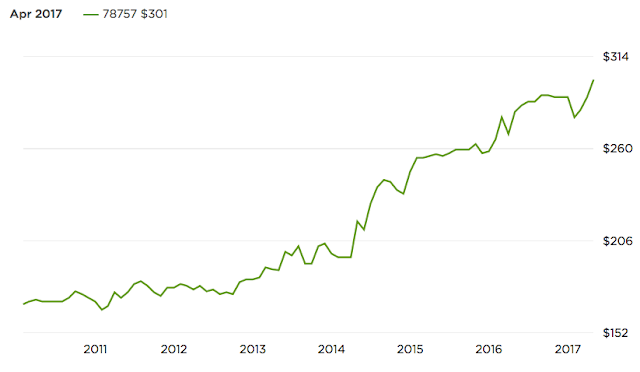 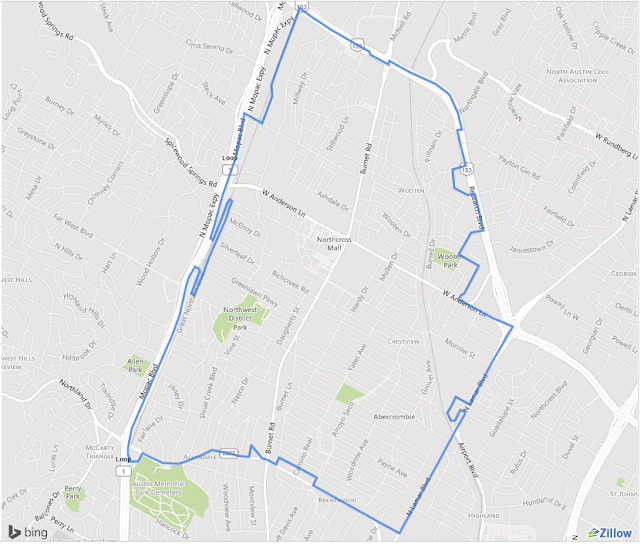 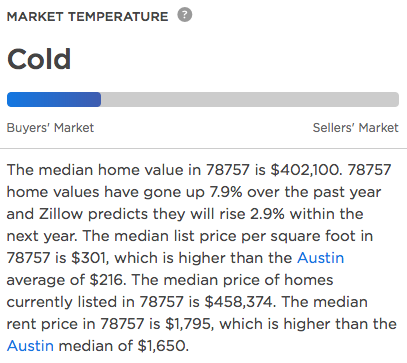