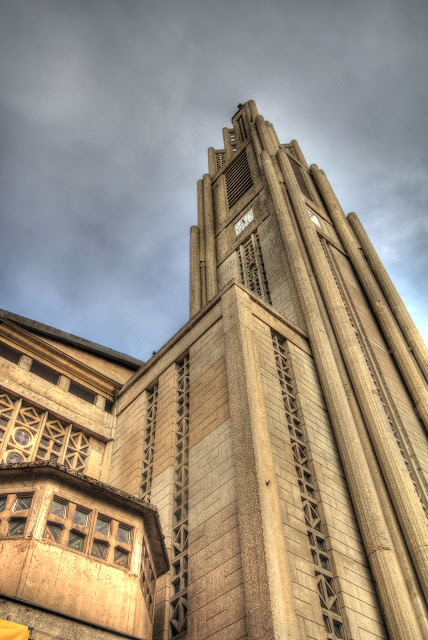 I was interested in seeing this church because (1) one of the architects, Auguste Perret, was an early mentor to Le Corbusier, (2) was the first to use reinforced concrete in residential buidlings (1902), and (3) it appeared interesting.

Rising east of Paris in the town of Le Raincy, the parishioners had big aspirations but a small budget. This gave Auguste and his brother Gustave an opportunity to (1) build a Modernistic church that used reinforced concrete as concrete rather than concrete posing as masonry and (2) leverage the strength of concrete into new architectural forms. The church opened in 1923 to wide acclaim and interest, influencing subsequent construction across the world (reinforced concrete was an innovative material at the time).

Although the church uses the same floorplan and forms as other churches of the time—a tall steeple marking the entrance, an altar at the end of a long open hall—the expansive curtain wall of Marguerite Hure's painted glass was a breathtaking advance that is still breathtaking almost 100 years later.

Le Corbusier's first experience in an architectural office was with the Perrets from 1908 to 1910. Corbu leveraged the proto-Modernist spirit and early experimentation with reinforced concrete into the genre-breaking architecture he helped induce in the 1920s.

We just showed up to gawk at the exterior as we were heading out of town not expecting it to be open (but thankfully it was!). 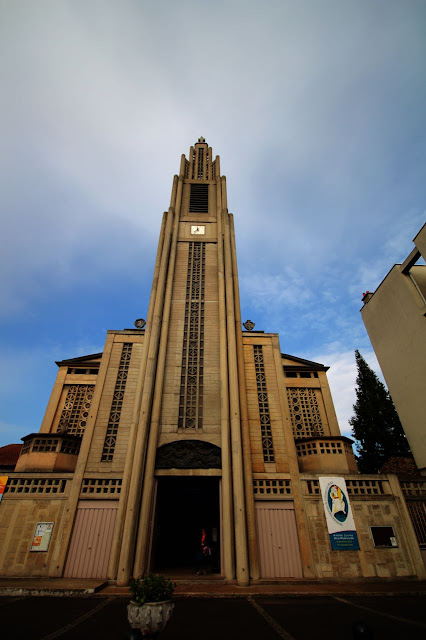 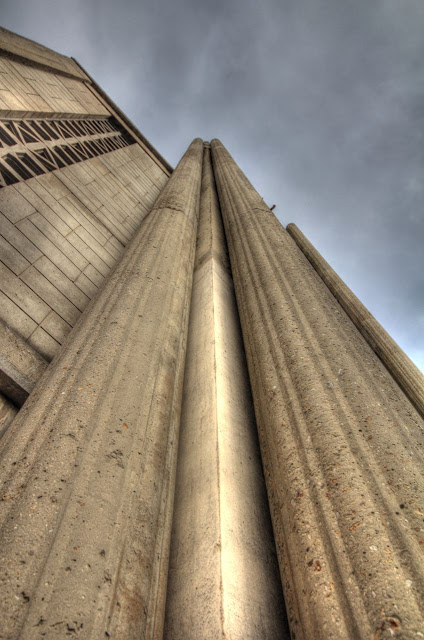 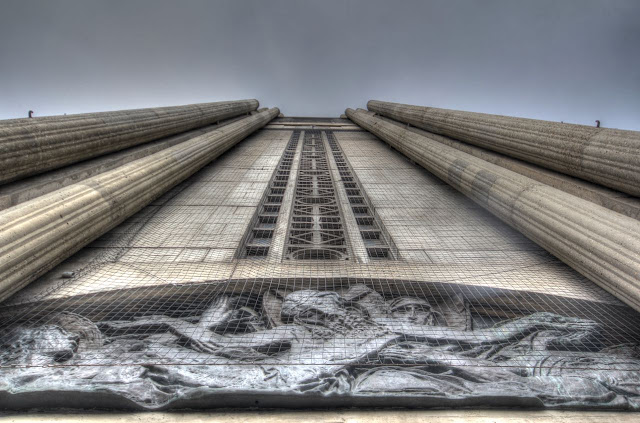 Note the chicken wire. The concrete mix was not ideal for construction, so the church is slowly disintegrating. 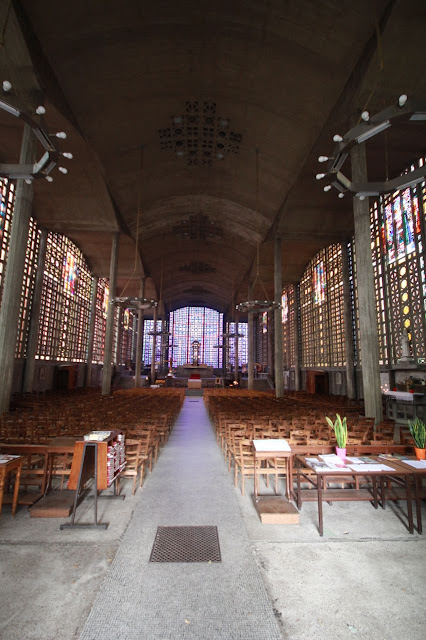 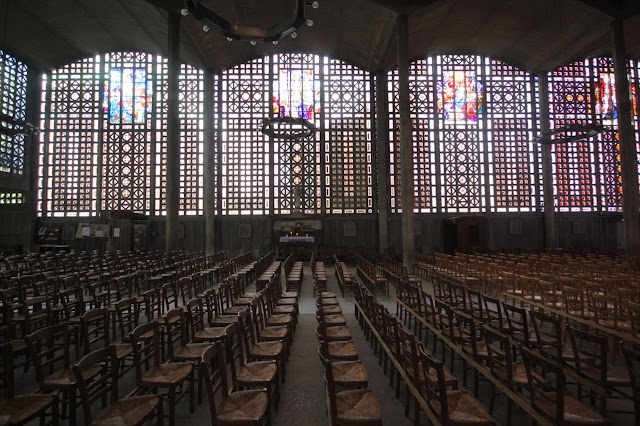 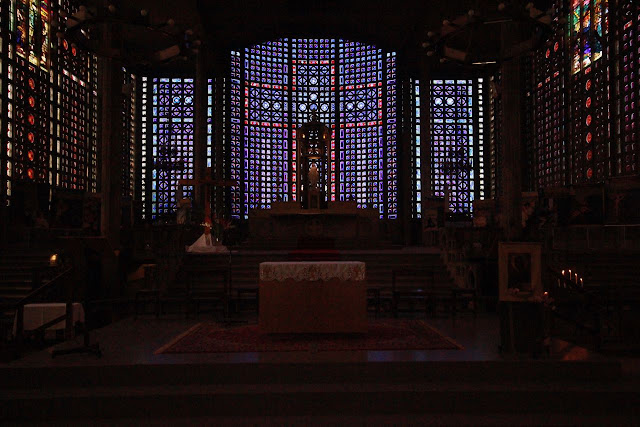 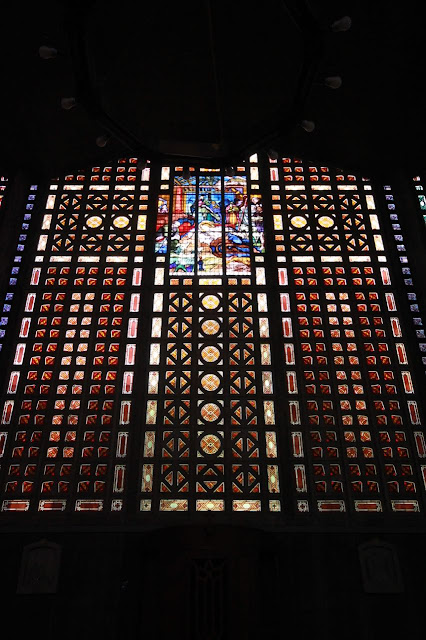 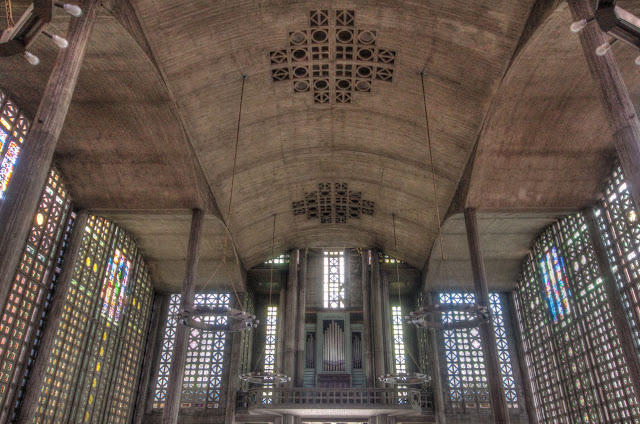 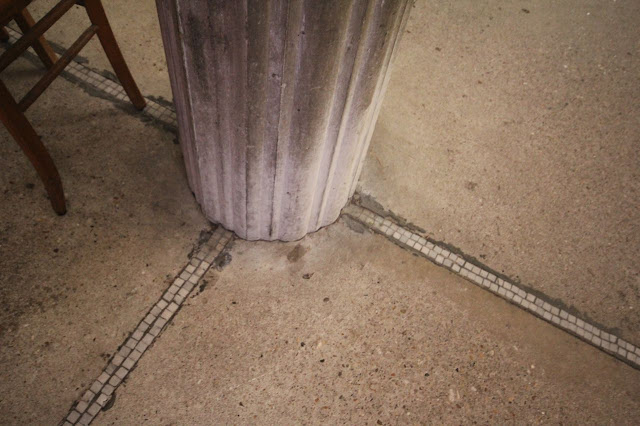 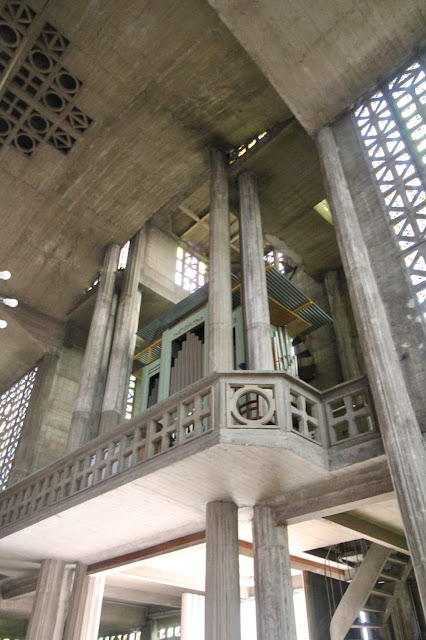 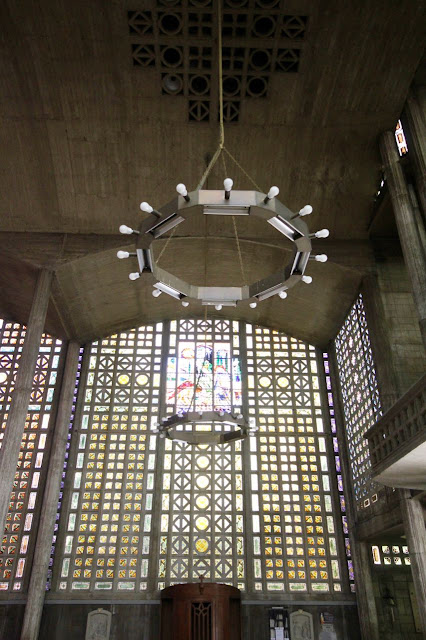 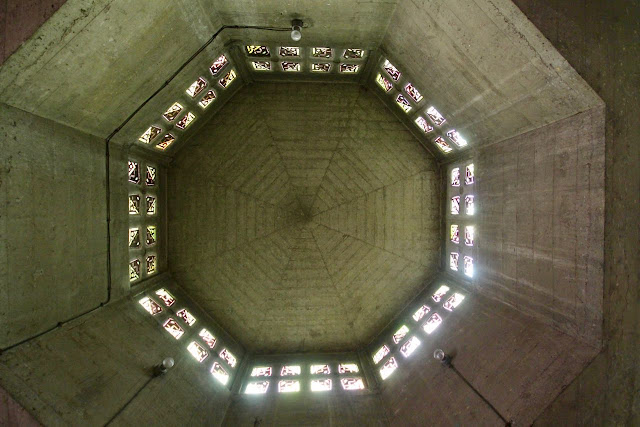 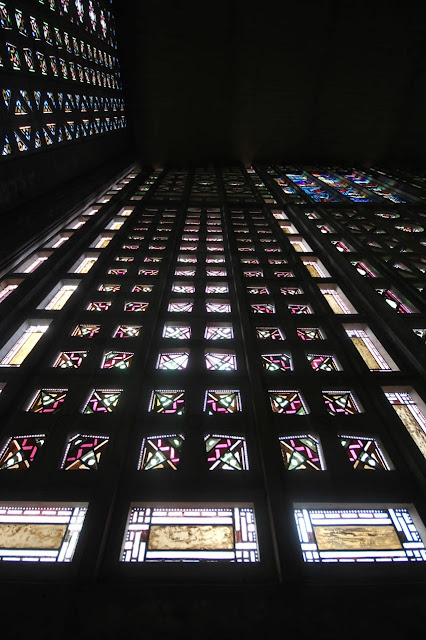 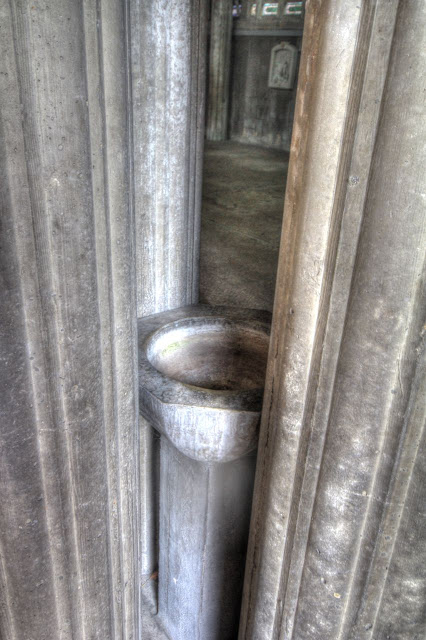 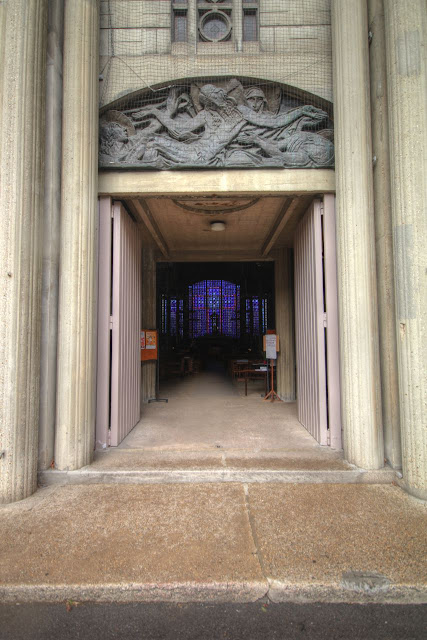