Wanna increase the value of your home in Austin? Add fake stone to it... 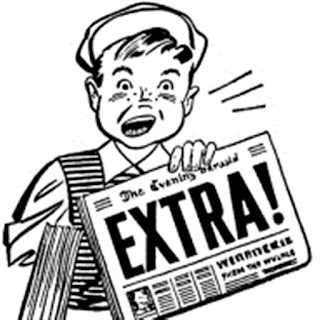 Extra! Extra! Read all about it! The "Texas Remodel Valuation Report 2016 Edition" just came out!

The Texas Realtors publish an annual report on the return in value for various remodeling projects in Texas. So if you are remodeling for returns, this might be a good document to review. On the down side, I question where the data comes from and the over-reported measurement resolution, and, if you're a Modernist, note that there's an unavoidable suburban bias in the analysis (it's like an architectural Alamo: the revivalist hordes outnumber us). Nonetheless, it's a mildly entertaining read (if you are mildly entertained by such things).

The main takeaways from the report (according to the report):


I'm not sure how increasing curb appeal relates to sustainability and functionality (unless it's less likely someone will scrape a house if it looks better). And adding manufactured (read: fake) stone veneer to your house? Barf to the power four.

Adding fiberglass insulation to your attic has a return of "up to" 163.4% (do they really know this to this level of accuracy?), and adding fake stone has a return of "up to" 157.9%. Interestingly, adding square footage (another bathroom, deck, master suite) is money loser returning "as little as" 25.5%. Upgrades in upscale or luxury properties have a lower rate of return than improvements in smaller or mid-level properties. Other winners are replacing old garage doors ("up to" 112.1% return) and putting in steel entry doors ("up to" 163.1%).

Being something of a statistician, I see a clear bias in the report on how they report the numbers. Rather than using a consistent metric throughout the report (average or median return), they've mixed the statistics by using "up to" and "as little as". As it turns out, this isn't due to evil intent. It appears that the original national data source doesn't have state-wide numbers and instead has region-specific and city-specific values. The closest thing to Texas are numbers for West South Central U.S.: 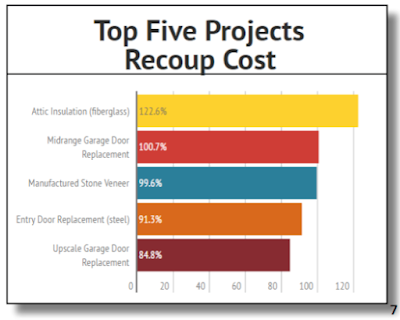 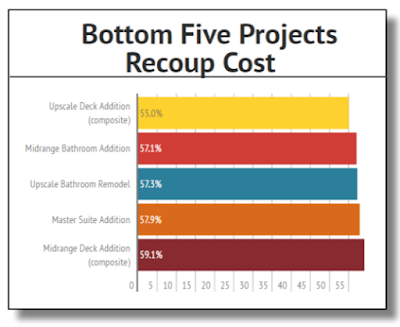 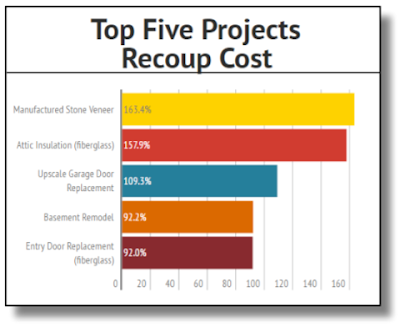 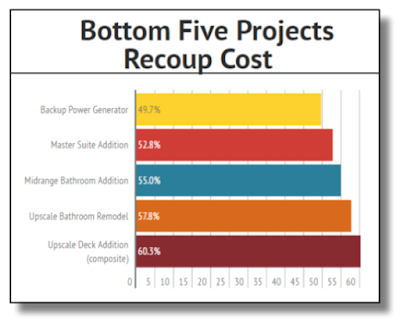