haiku for the book "A Pattern Language" by Christopher Alexander, Sara Ishikawa, and Murray Silverstein 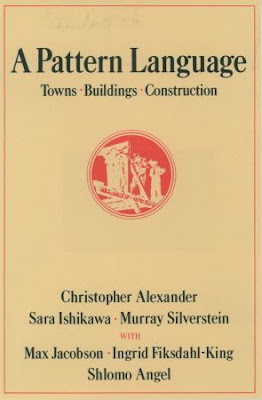 
This book, first published back in 1977, is considered a classic in the architectural oeuvre.
I'm not sure why. The title comes from how the book is organized, a listing of 253 observations--numbered patterns--of how people like to live, at least from the perspective of the authors. A single pattern may tie into or be associated with several others. Each pattern starts off with a decree followed by a supporting argument about why it is an architectural truth. This is all well and good except that these architectural truths seem to have been written by extra grumpy and exceedingly hairy hobbits fixated on medieval rat-in-a-hole architecture. I half expected to find a pattern titled:
That's not to say that the book has no value, but it is a slog, and the gems are far and few between. It's also seemingly somewhat post-Modern in that it is anti-Modern, essentially neo-medieval. However, I did get a chuckle when, after slagging Modernism time after time, it held up the unattributed kitchen from Le Corbusier's Villa Savoye as a good example of a windowed cooking space.

Here are some examples of patterns:
The authors have socialist if not outright communist tendencies: 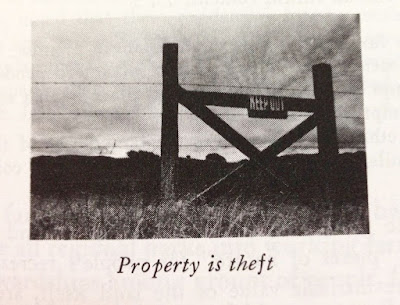 Whatever make your hammer swing, go for it (I say), but this post-hippiness isn't terribly reflective of modern society.

There are, however, patterns that make sense, at least to me:
And there's some stuff that is completely alien to a Modernist:
Seriously?
Associated with the floorpan of Mies van der Rohe's Farnsworth House:
Unless you are an architectural diehard, I would not recommend acquiring this book. However, the concept of identifying and collecting patterns or certain "truths" (although there is no truth...) is alluring. For example, why isn't there a pattern language for Modernism?

The inspiration for reading this book was the mention of it at a water meeting held at Wingspread. Developing a pattern language for water conservation, a concise summary of what we (think) we know can be useful, even if some (if not everyone) disagrees. At least a list of thoughts like this allow ideas to percolate to help you decide what are the best patterns for you and your people.