the director's house at Barnsdall Park 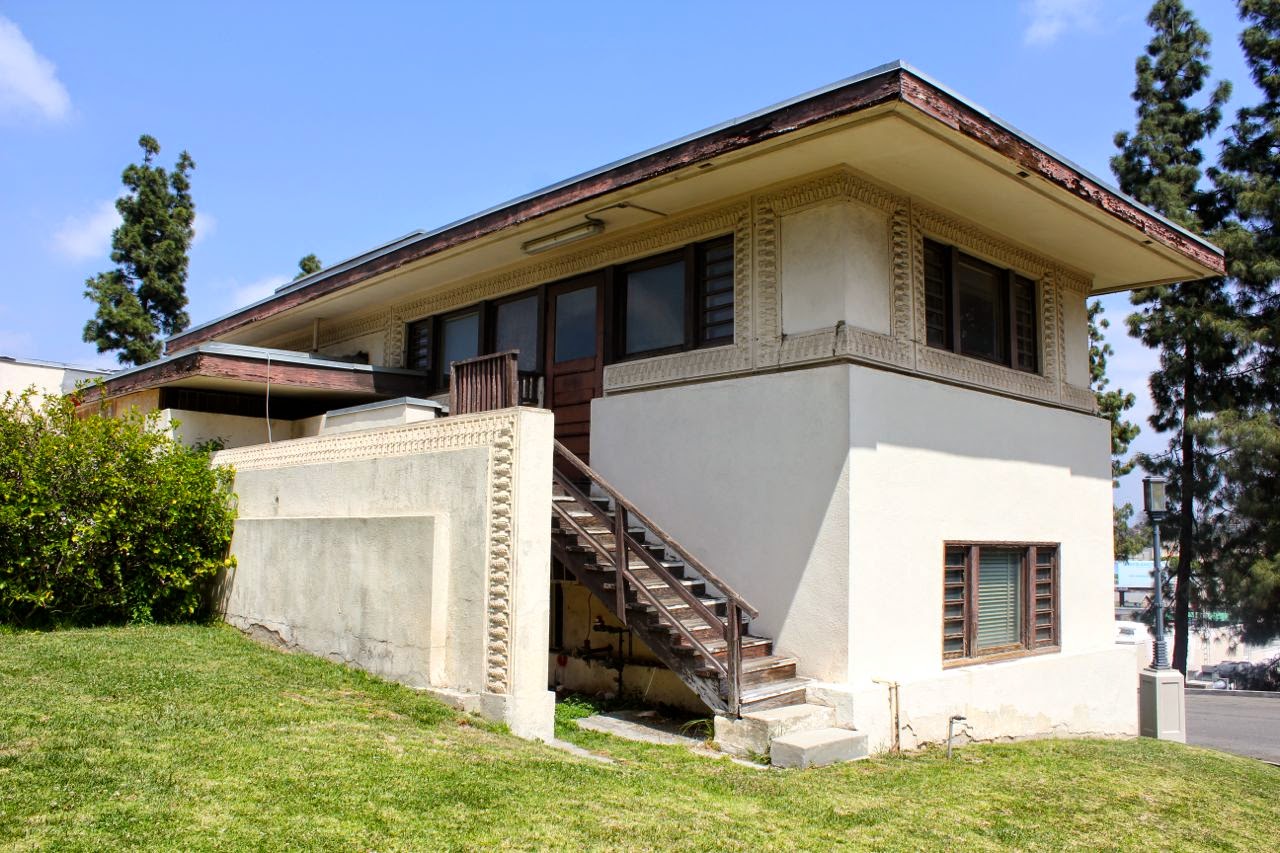 While in Los Angeles to attend the re-opening of R.M. Schindler's Bethlehem Baptist Church, we also stopped in to take a closer look at the Director's House (also called Residence A and Cottage A) on Olive Hill. The Director's House was designed by R.M. Schindler for Frank Lloyd Wright, which sounds like Schindler was under Wright's thumb but was really just under Wright's name. Wright was preoccupied with the Imperial Hotel in Tokyo and remotely directed Schindler to design the house as Wright might design the house.

In a letter Wright sent to Schindler concerning design duties, Wright wrote: “Regarding prospective clients - “Schindler” is keeping my office and my work for me in my absence. He has no identity as “Schindler” with clients who want “Wright.”... I really do not know quite what a “Schindler” would look like. You know much better what “a Wright” would look and be like and as the clients came to get it. The natural thing would be it would seem to lay it out as nearly as you can as I would do it and send it here for straightening.... Nicht wahr?”

The house sets just off the Hollyhock House, and it's currently something of a neglected mess. Wasn't able to see the roof, but based on the flashing, it appears it has a new(ish) roof, so perhaps it will be restored sometime in the future. The structure was given landmark status in 1965 by Los Angeles (here's the paperwork; history of the house is outdated...), so perhaps there's hope of restoration. 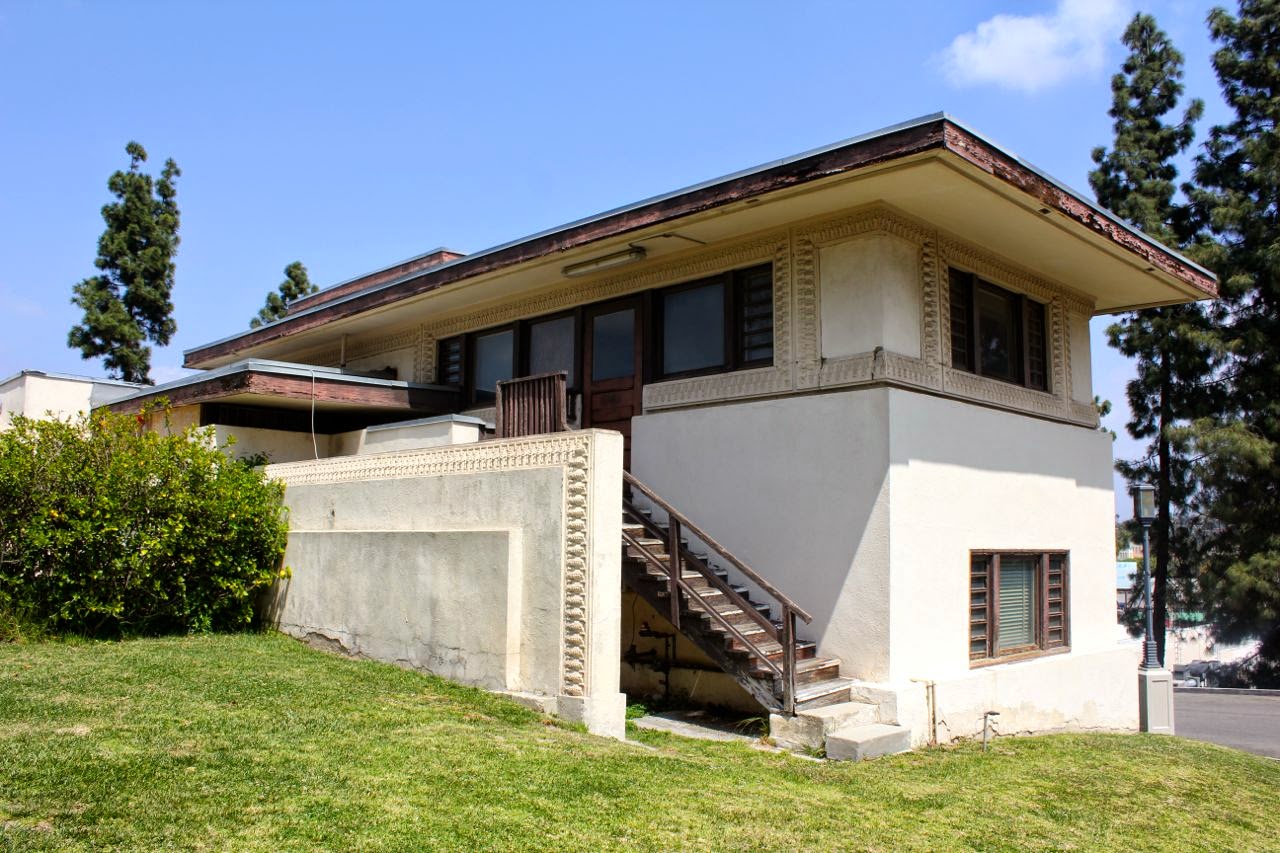 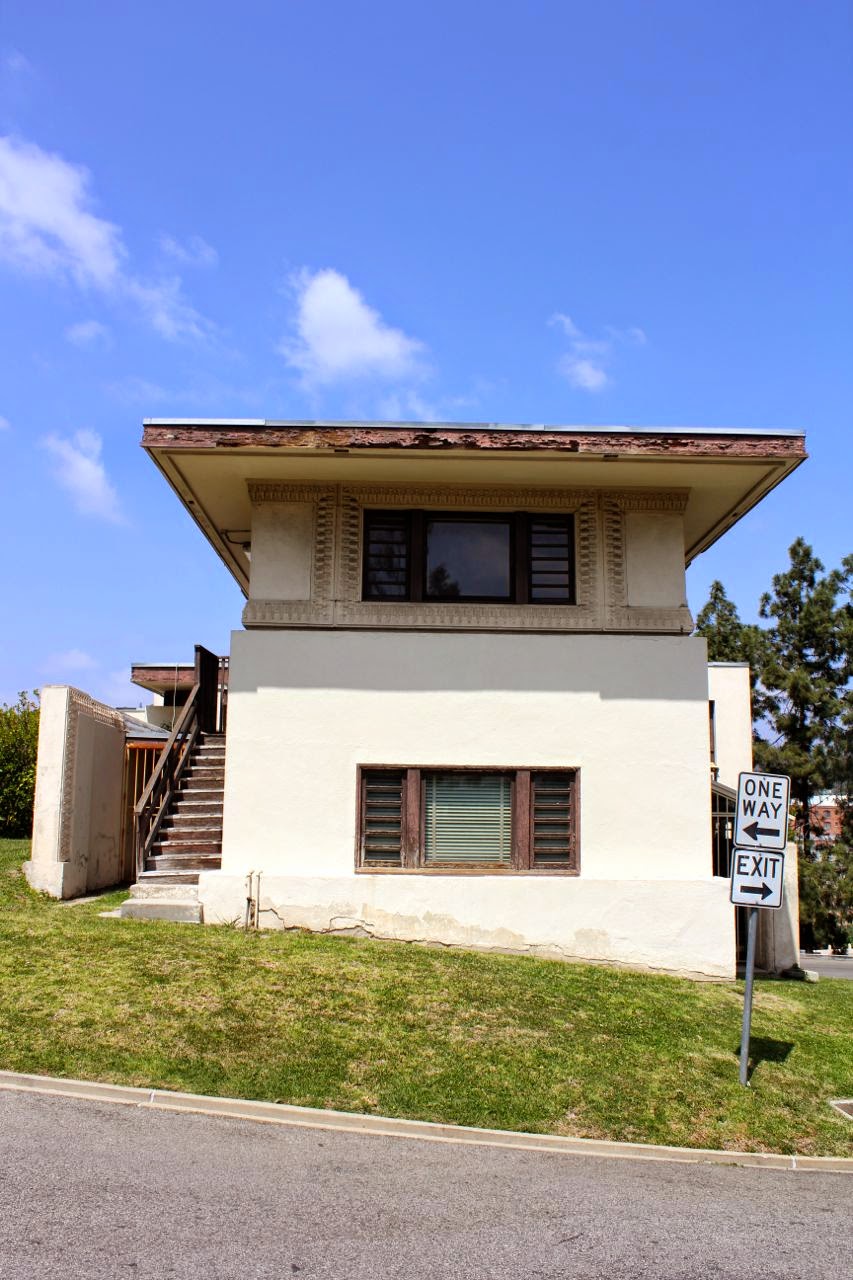 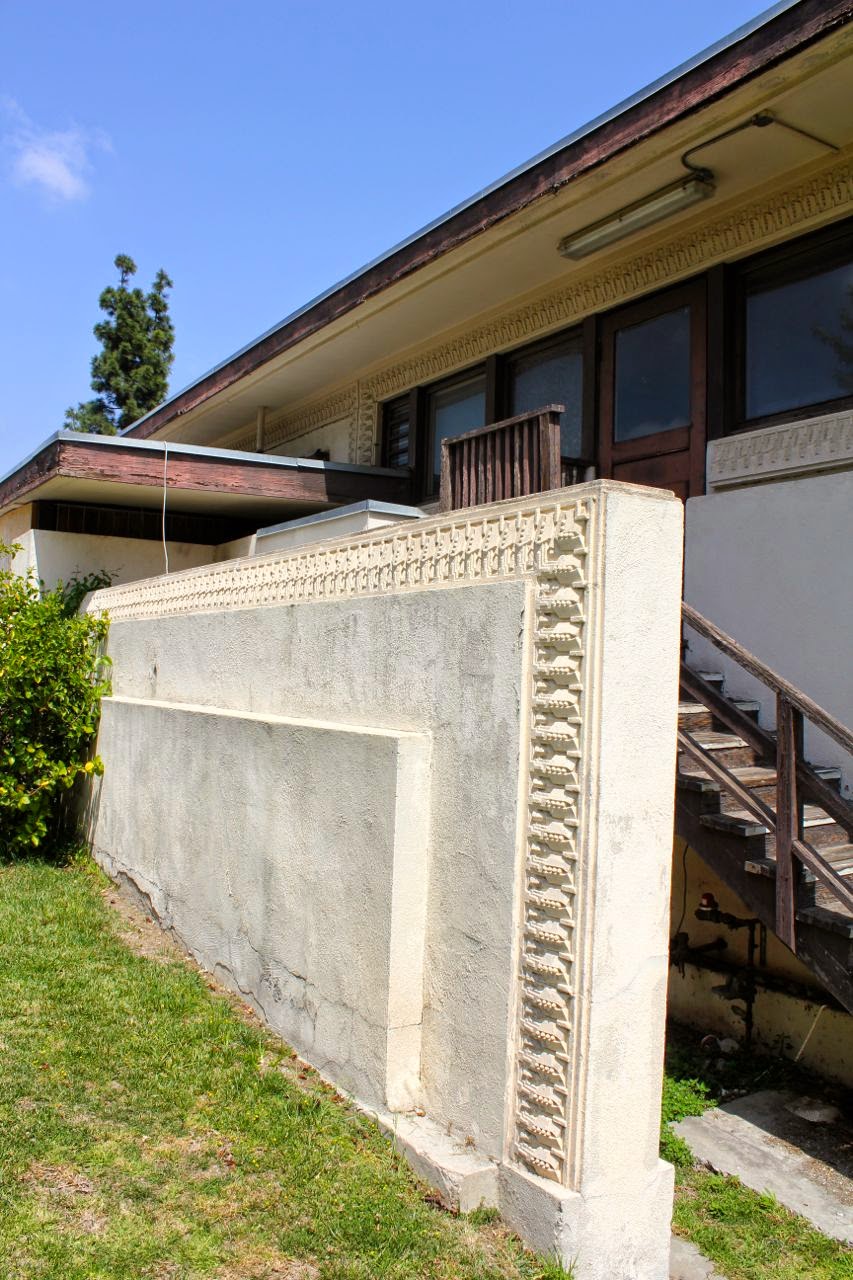 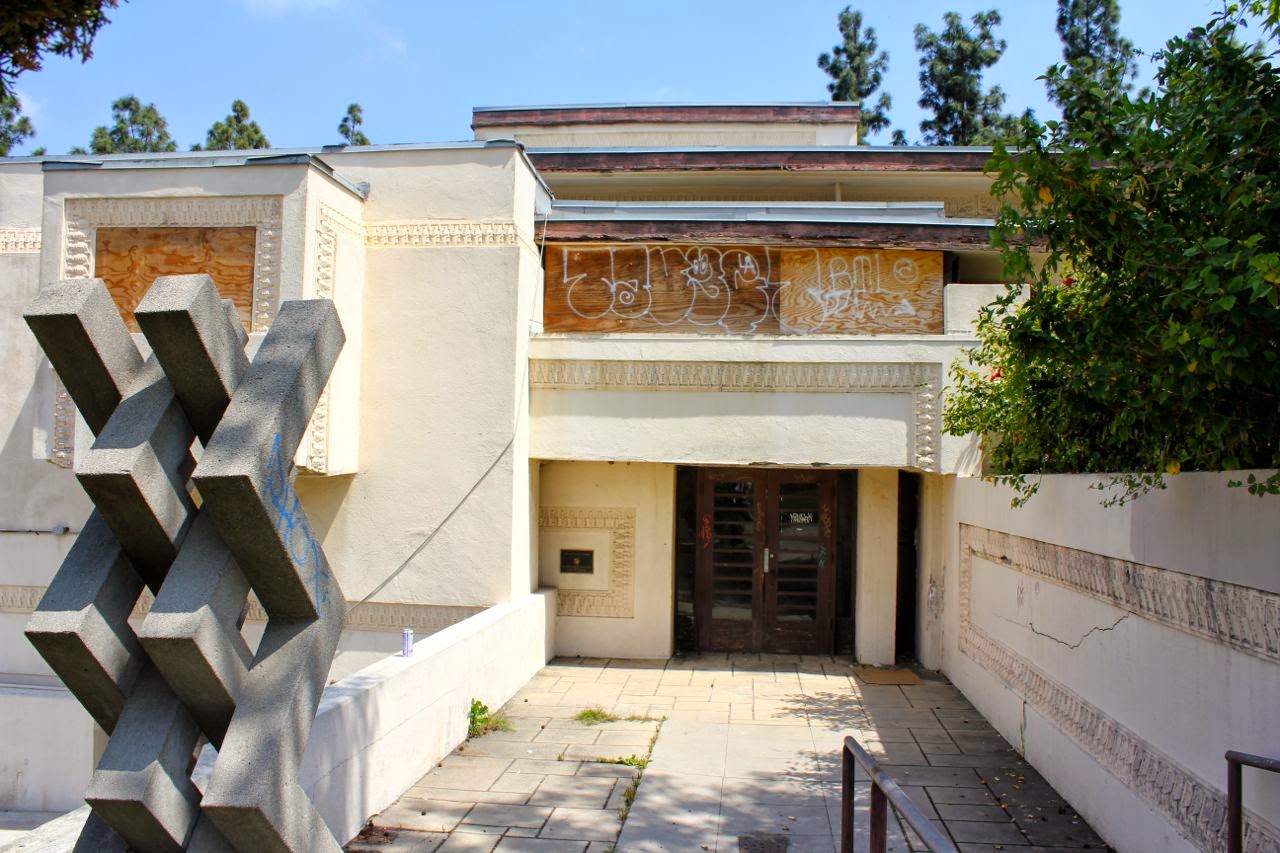 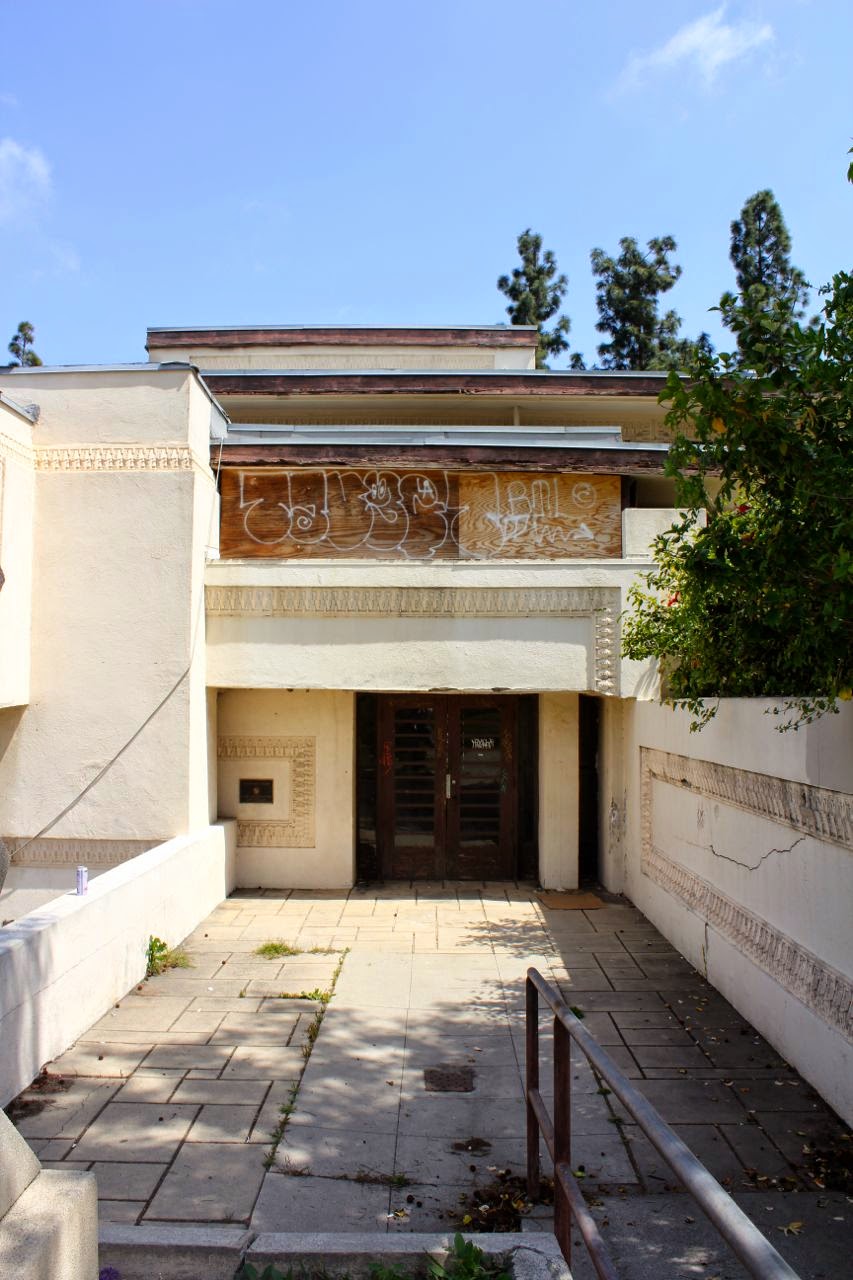 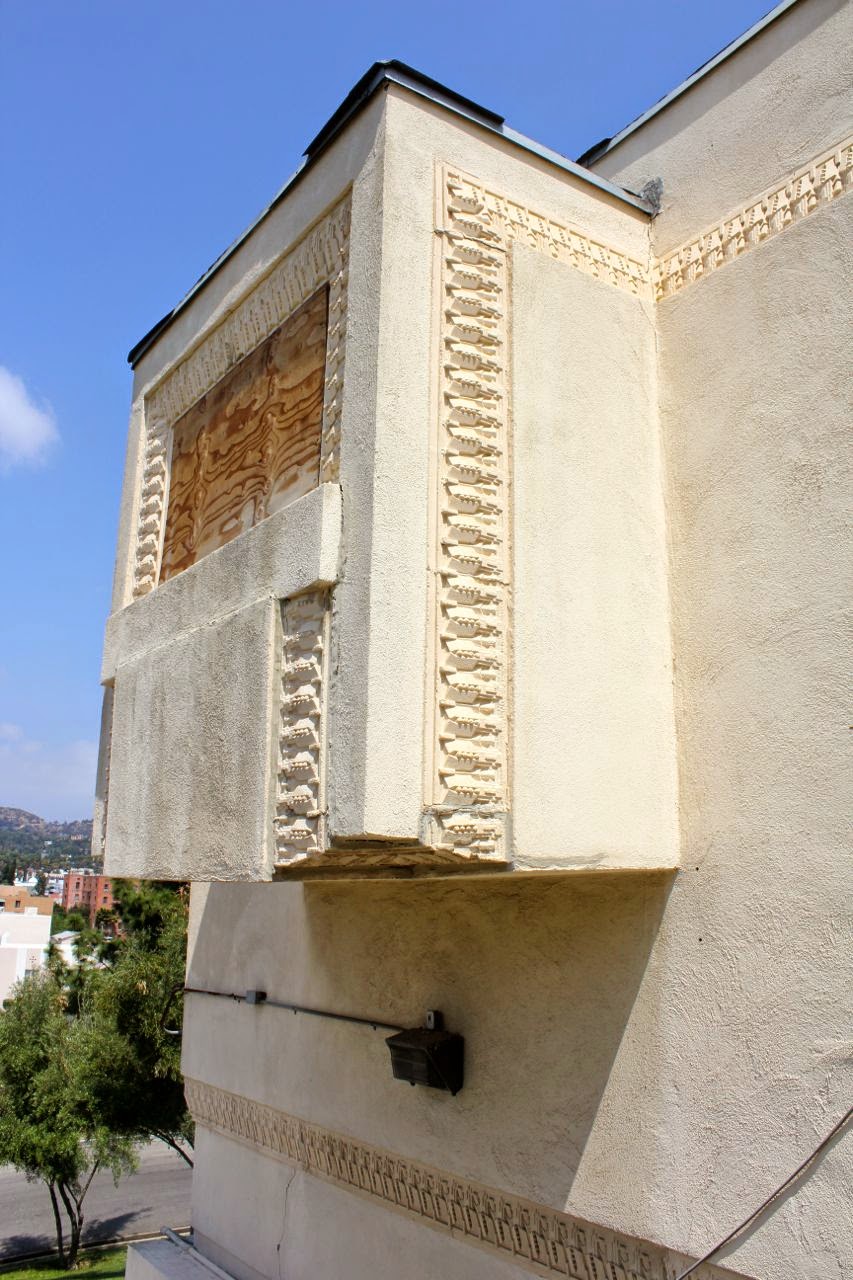 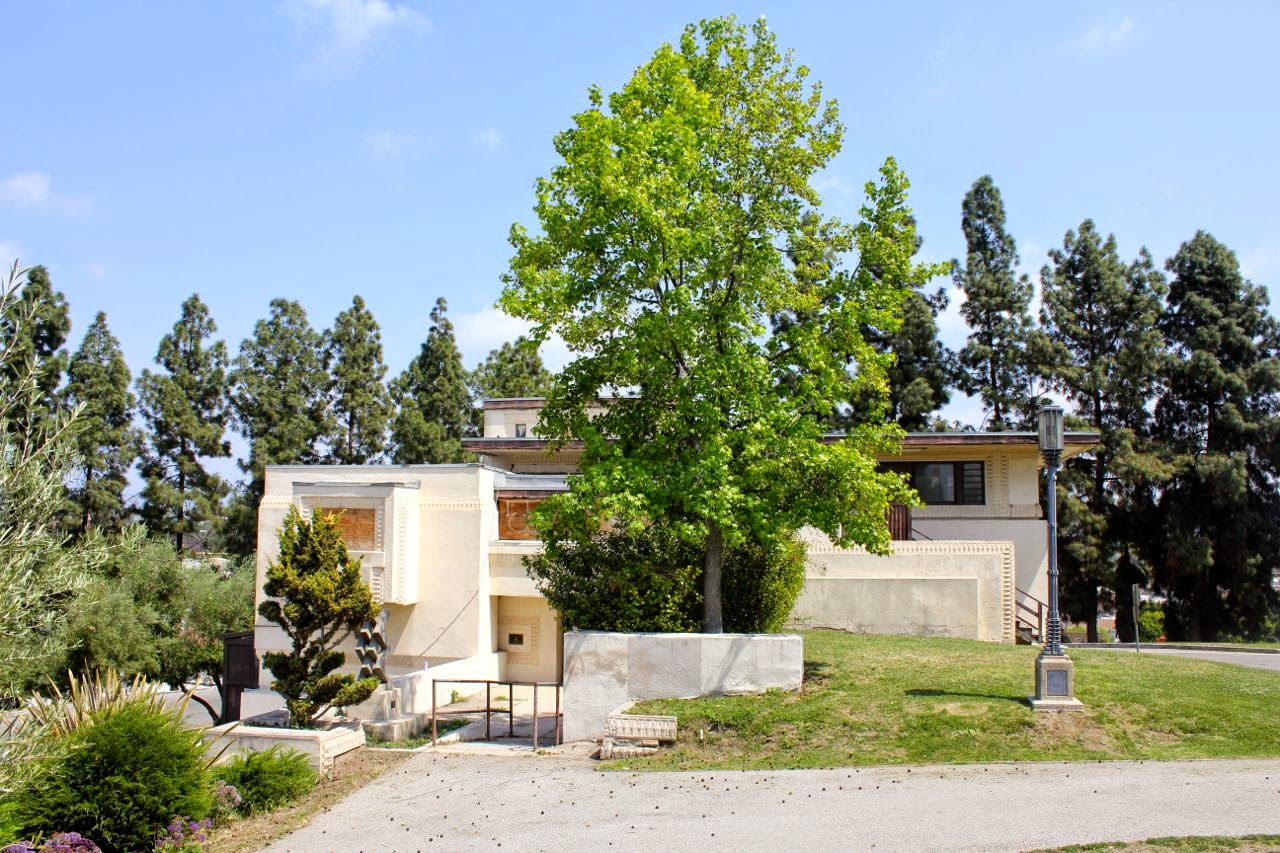 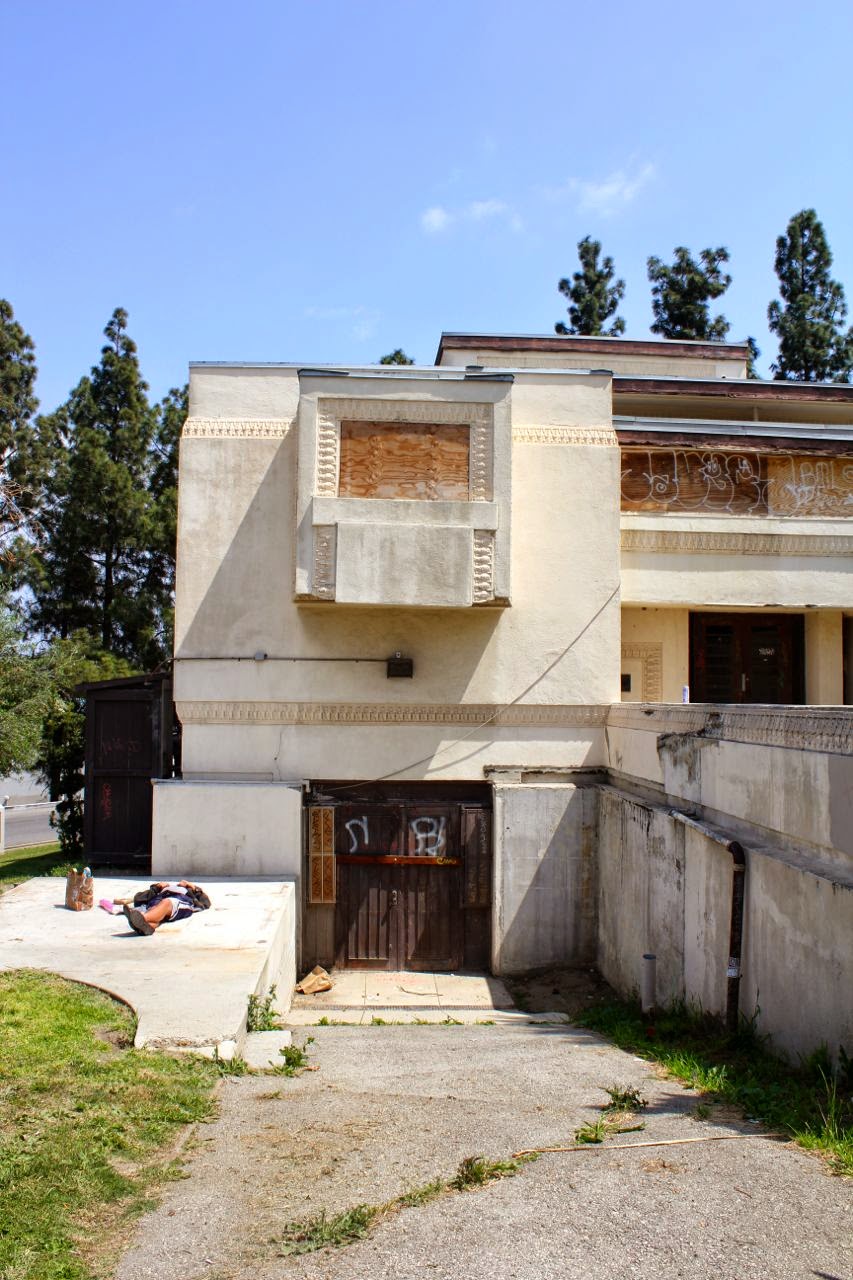 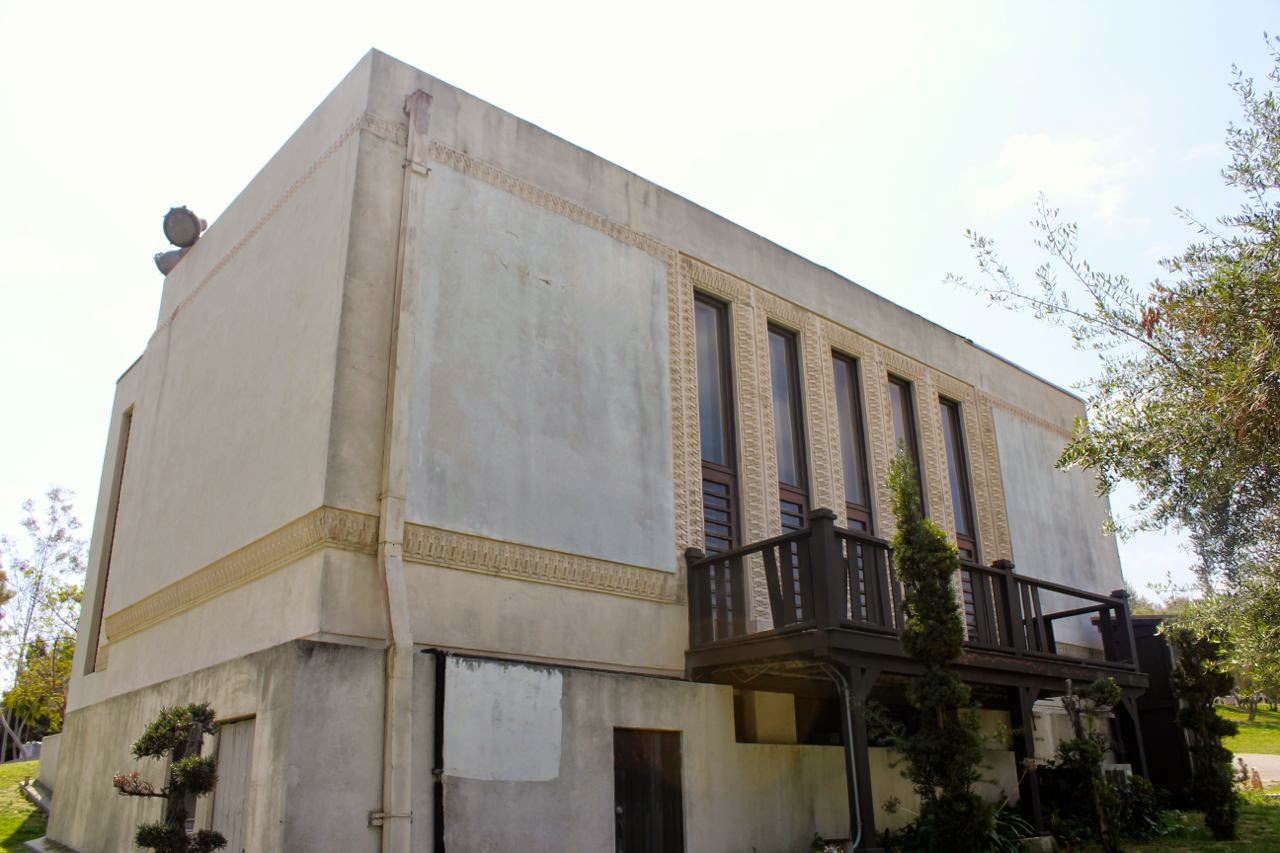 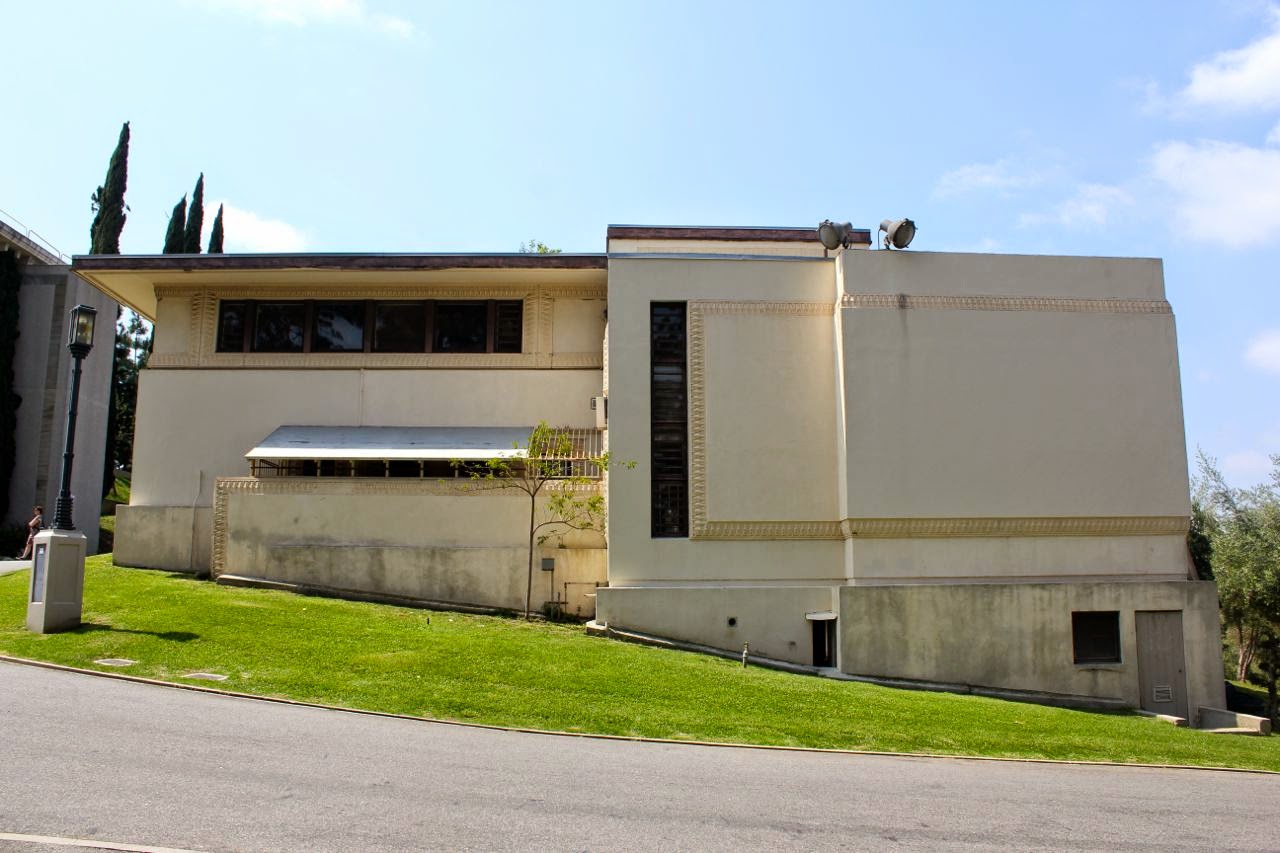 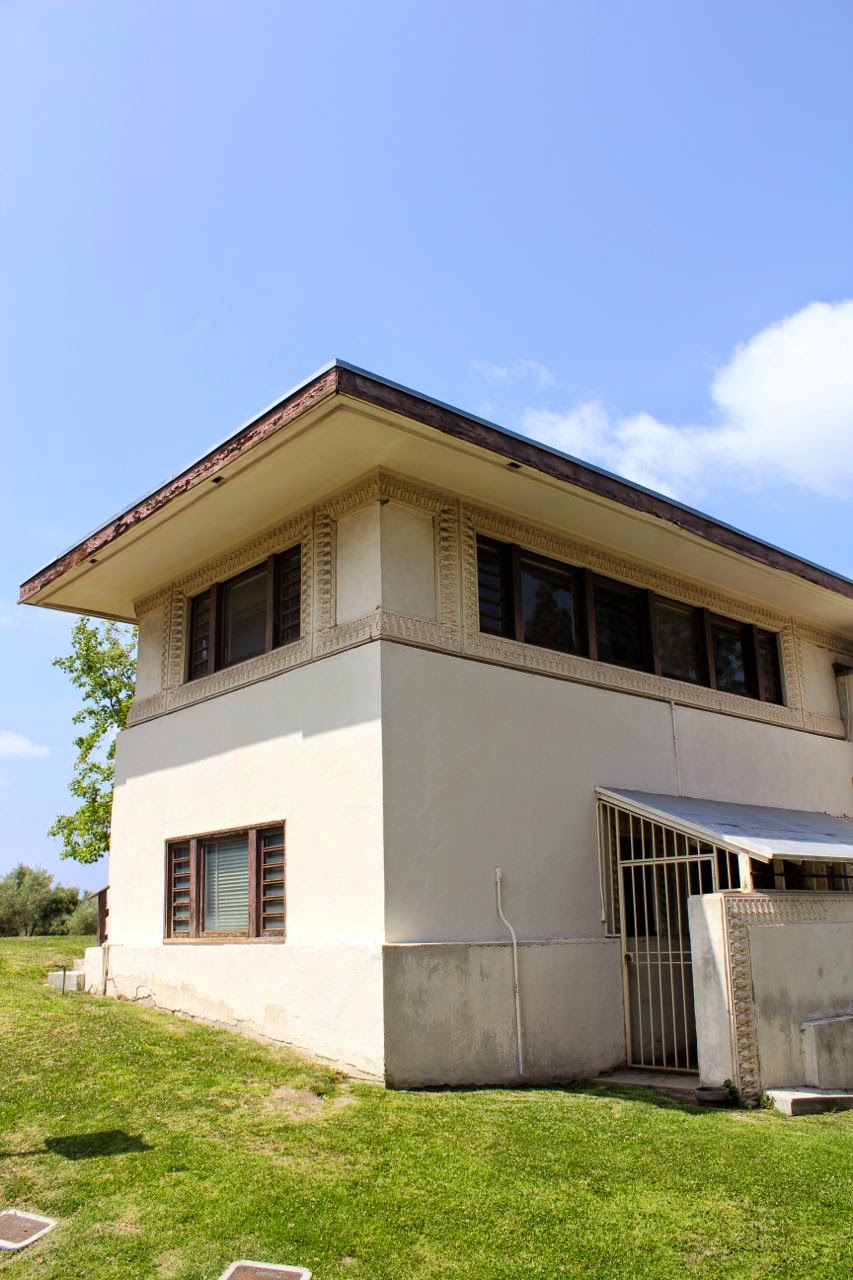 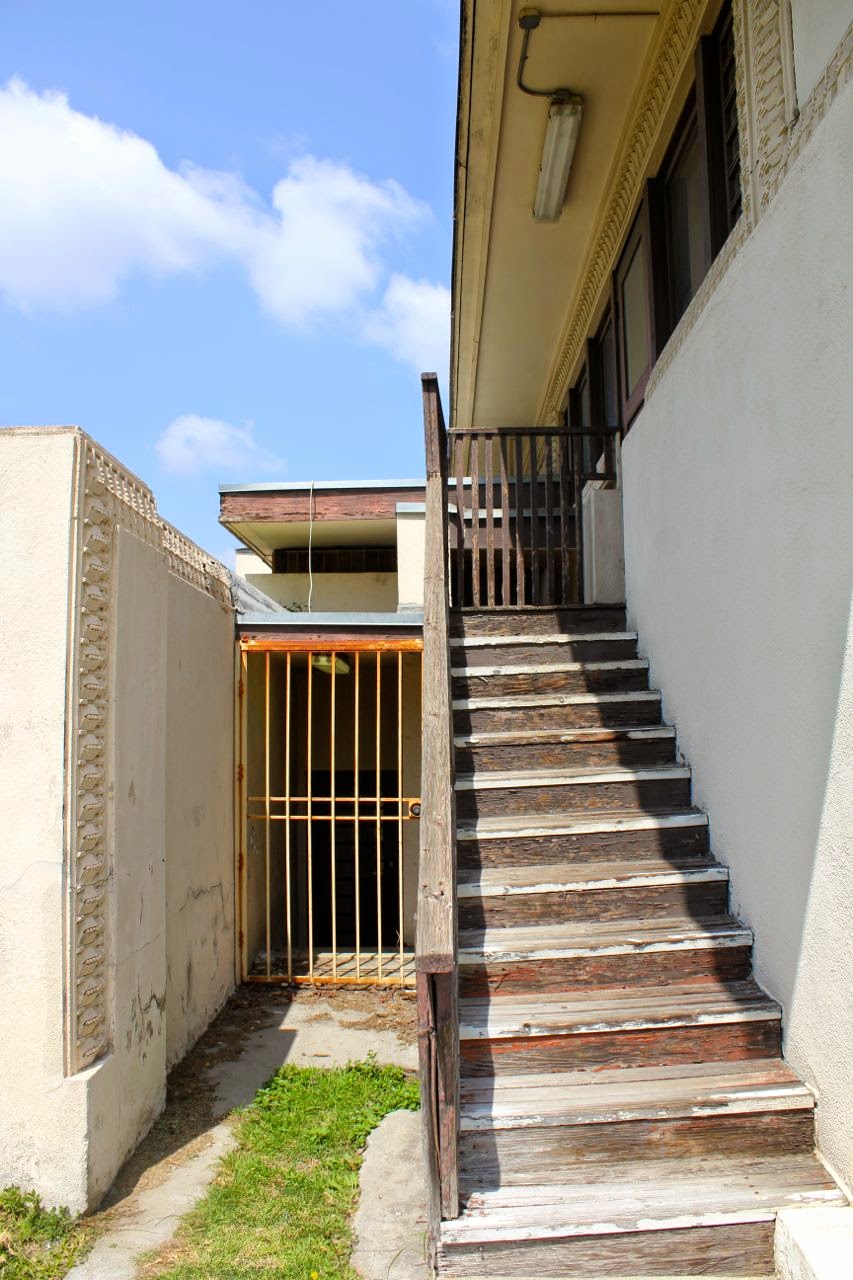 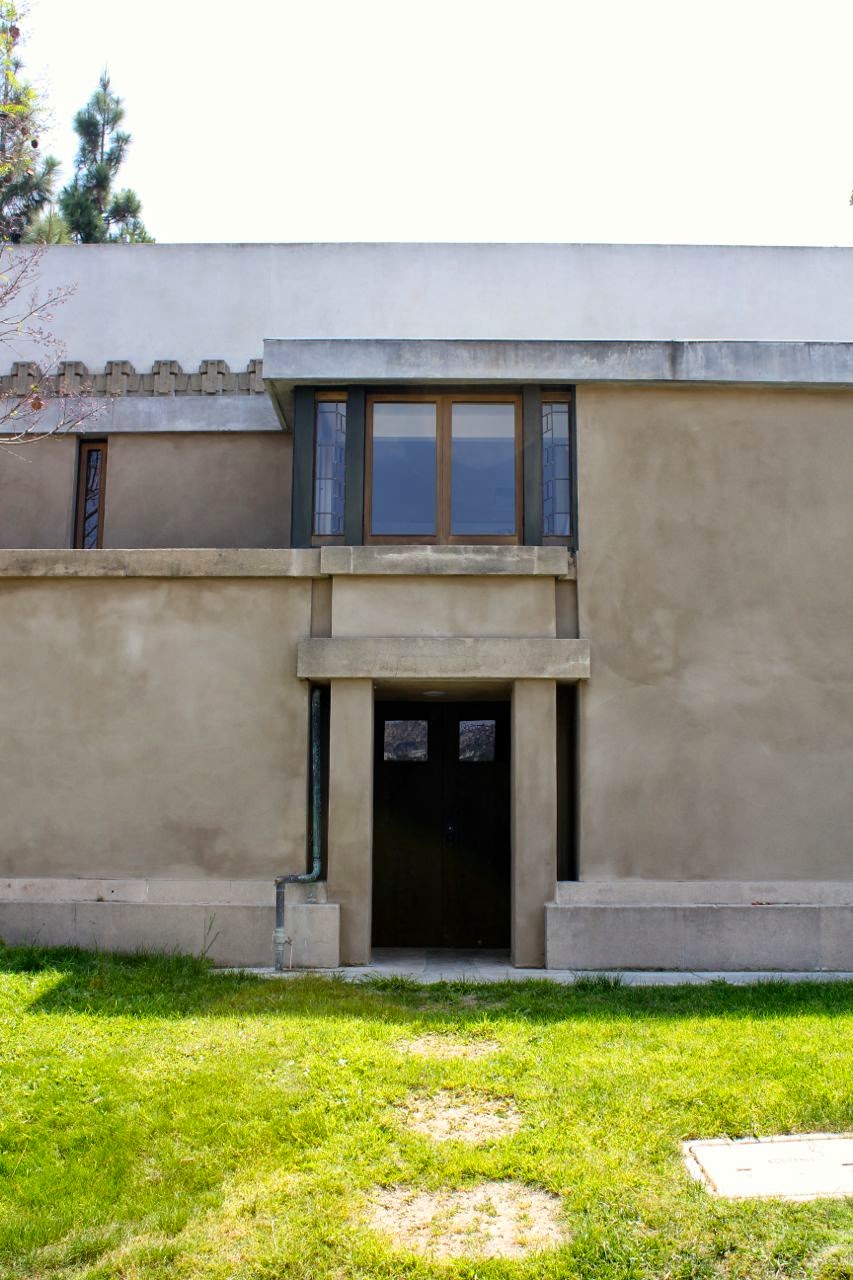 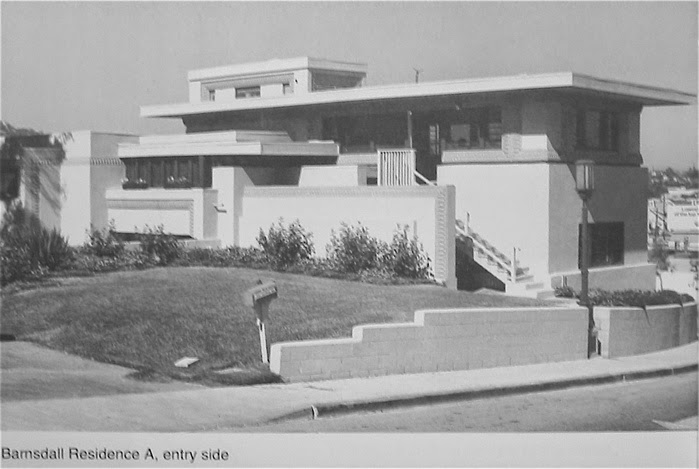 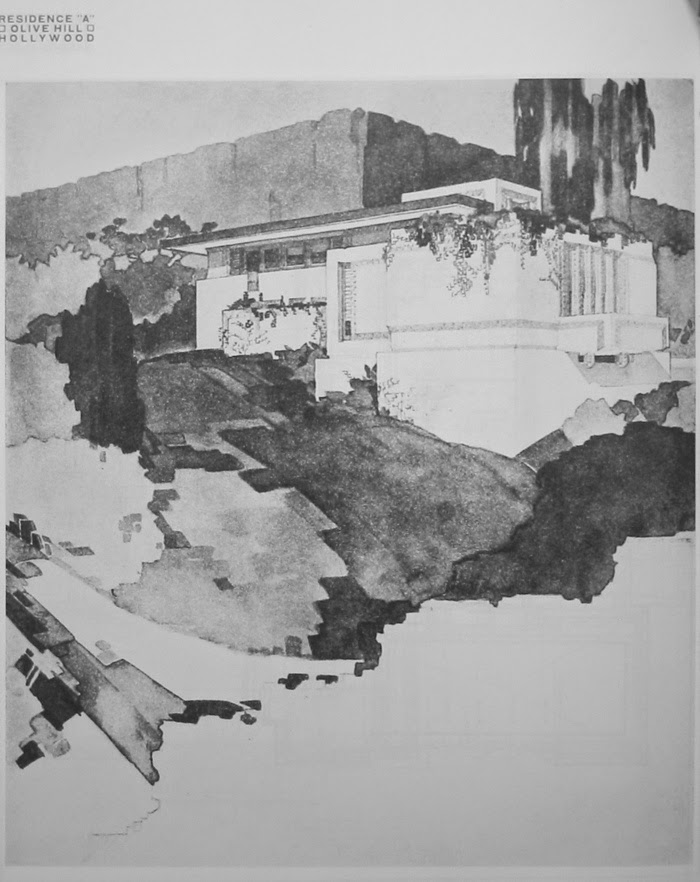 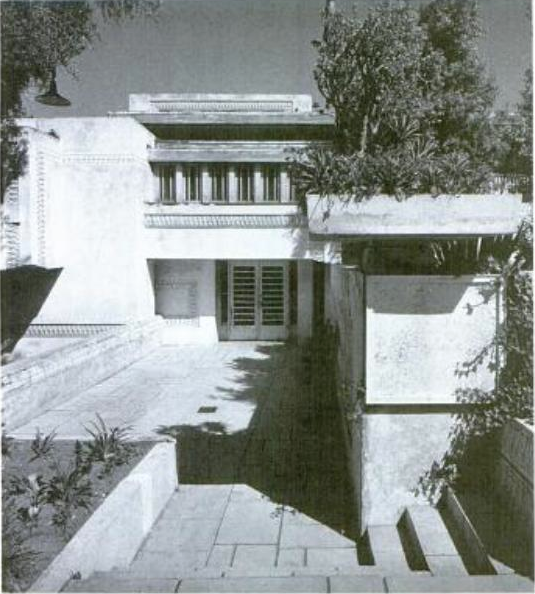 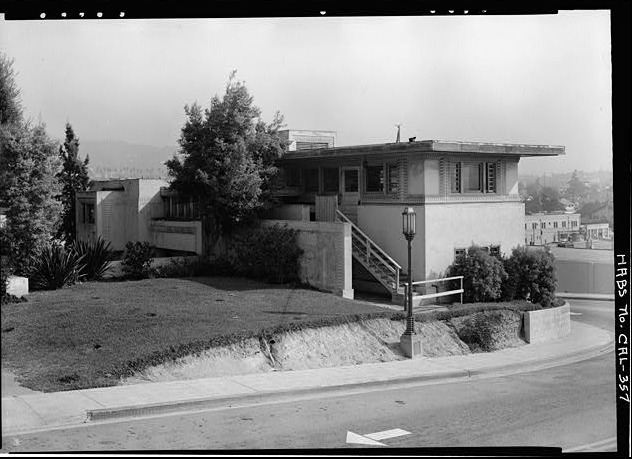 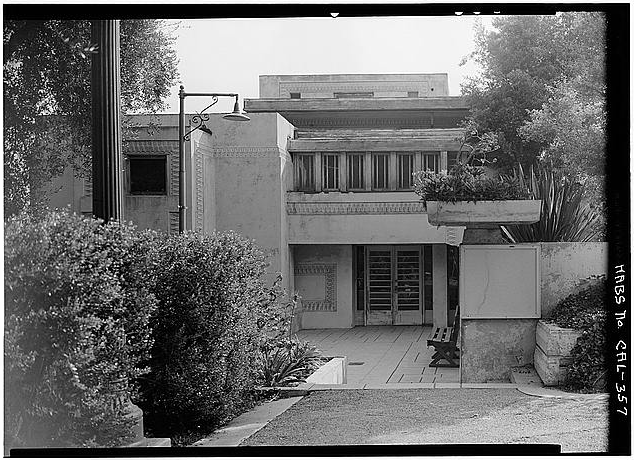 Posted by bubba of the bubbles at 8:53 AM