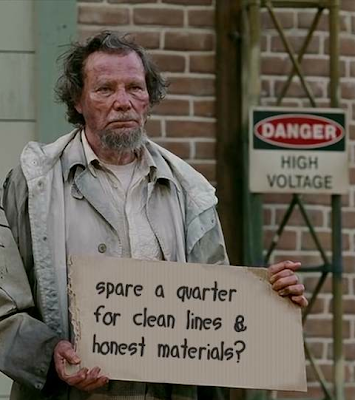 A friend recently noted, after I was blathering and lathering on and on about affordable modern, that affordable modern or, more accurately, any kind of custom construction, is not really affordable, at least to the “masses”, however you define masses (am I blathering again?). It’s a good point. The long and short of it is that any kind of custom construction is expensive relative to conventional (read suburban) construction. “Affordable” is a relative term depending on how much dough you keep in the oven. Surveys have shown, perception wise, that the guy (or gal [or hermaphrodite]) that is rich is the guy (or gal [or hermaphrodite]) that has more money than you. It’s that simple.

Suburban tract-home type construction can easily come in under 100 bucks a square (how the cool kids refer to “square foot”). Our first architect convinced us that the going rate for affordable modern was 125 a square (a price a former boss responded to with “You’re getting ripped off!”) This was based on the build cost of a spec house the architect designed. However, I’m convinced he forgot about the builder’s fee (add 20 percent…), which in a spec house if the difference between the build cost and what the home sells for. Including the builder’s fee for a non-spec home (20 percent) brings the price up to $150 a square. One of the architects I interviewed, noting the general expectations of a modern homebuyer in terms of indoor and outdoor finishes, placed the floor for modern at $175. He also noted that the average price per square on the AIA homes tour is probably about $350 with none below $300. Gulp (although we’ve known all along that we couldn’t possibly afford AIA home tour modern).

On an unrelated (but related) note, somewhat disturbing is what insurance companies will typically insure your home for. As I recall, back in our home-owning days, the default compensation was something like $80 a square. Try and get a custom home built for $80 a square, especially if your home was something special. Back in the old hood, one of the stately homes burned down some 10 years ago, and the homeowners realized that the insurance would only pay half of what it would take to build the home back. That lot still sits empty as a result...

So instead of yammering on and on about affordable modern, I’ll try to be more specific and accurate and state in the future that we are seeking modern that WE can afford.

Let me know if you want to make a donation! ;-)