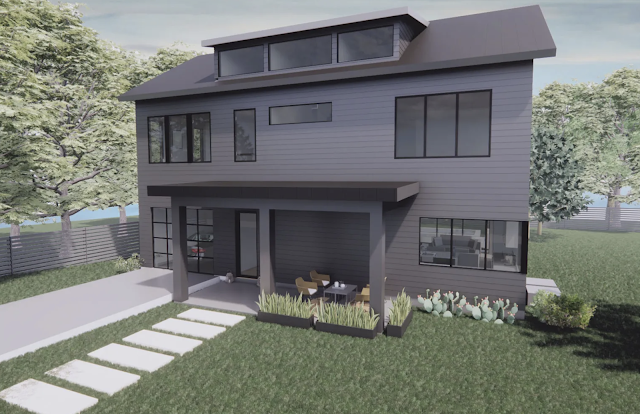 The neighbors recently sold their house as a scrape and, indeed, the scrape approaches in early December. The small houses in our neighborhood are doomed to be scraped, I fear, not only due to their small size, but also due to their build quality, particularly their foundations. According to the neighbor, it was going to cost $400,000 to address their foundation issues, so staying and remodeling was out of the picture.

Unfortunately, the neighbors illegally cut down a protected tree before they put the house up for sale. I thought it was odd that they were taking a tree down behind their house given how cheap they are. When he saw me gawking over the fence during all the chainsawing, he strode over to tell me how the tree guys says it was timely to take down the tree since it was rotten down to the base, all this while I could see a worker haul off a three-foot wide cross-section of the trunk that was solid wood (I almost intercepted it for a table for the cabin!). A week later, the house is on the market proclaiming a lot unrestricted by trees. hhhhmmmm....

The demo permit lists the owner as 6907 Daugherty Street LLC, which is not terribly helpful (although helpful, I imagine, for limiting liability), but the email address included a name: Britta Barts. Britta Barts is the owner of F&B Homes, which appears to be a relatively new development company. In a way, this is good news in that Paradisa Homes won't be the ones building next door. I find Paradisa's work somewhat decent, but we already have too much of it in our part of the hood (three just down the street). Also thankful it's not someone trying to build a Pflugerville suburban home in central Austin. Property prices may have crossed the threshold of requiring custom-built homes to be financially viable.

More excitingly, Steve Zagorski, one of my fave architects in town, is part of the F&B team. However, the F&B style (based on three homes being built in Hyde Park) leans towards "affordable" (or "maximize profit" [but increasingly boring]) farm house modern. But perhaps our house will inspire F&B to do something a but more modern (Zagorski is unquestionably capable). We shall see. I reckon design plans will appear on the city's permit site soon since they are getting after it pretty quickly, so stay tuned! 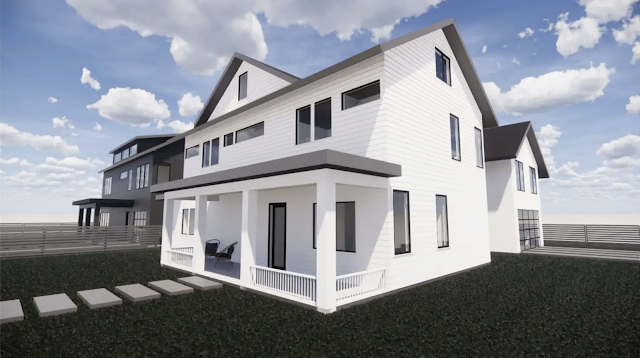 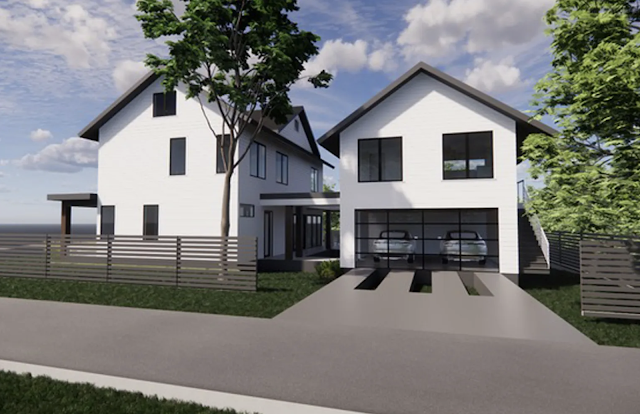